Lot #5451
Prince's Handwritten Lyrics for 'Nothing Compares 2 U'

Prince's original handwritten lyrics for 'Nothing Compares 2 U,' an international hit made famous by Sinead O'Connor 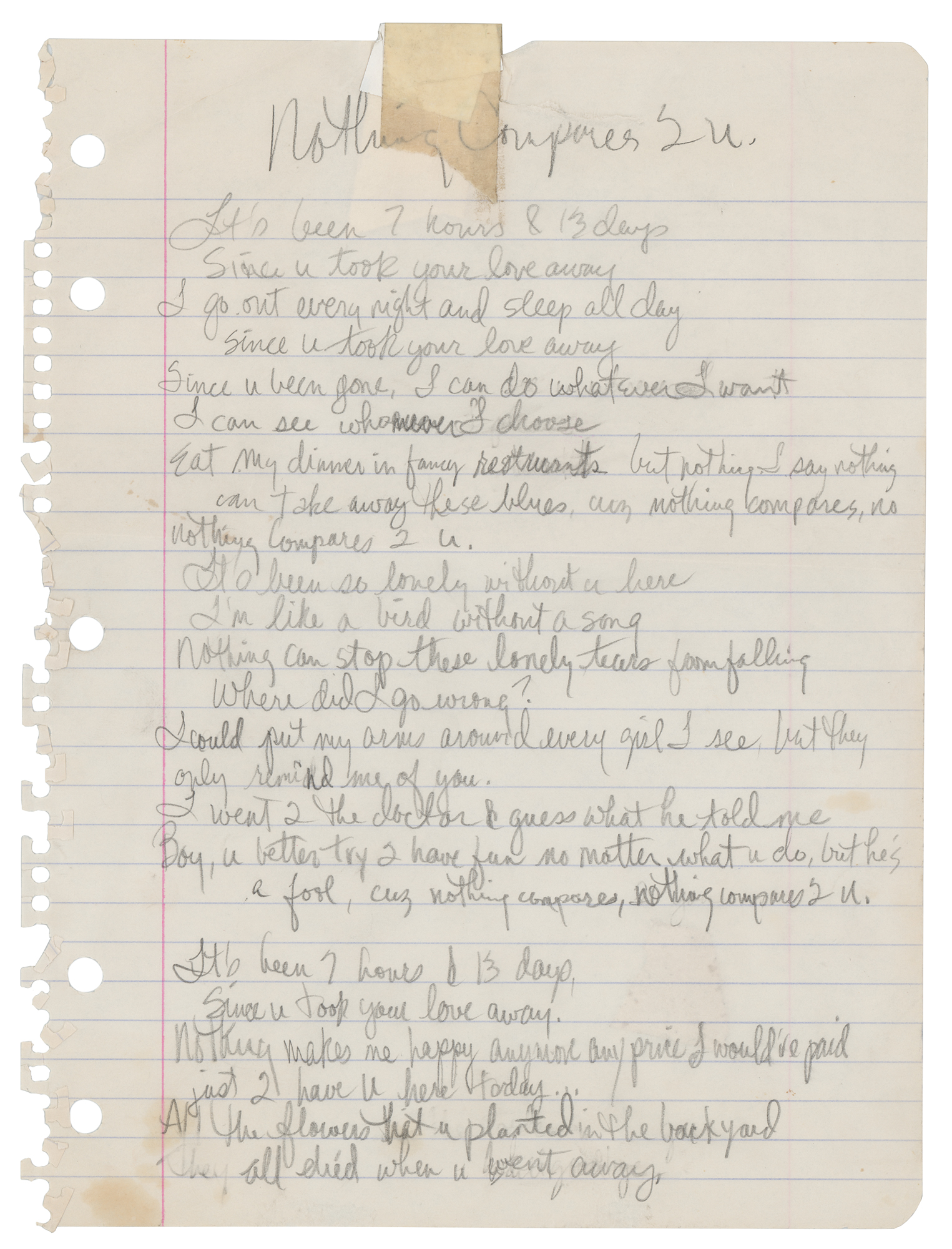 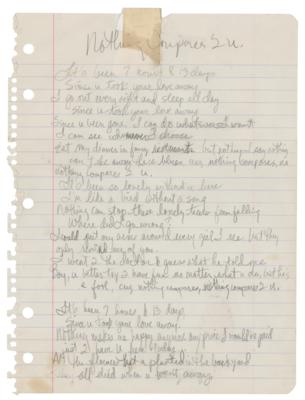 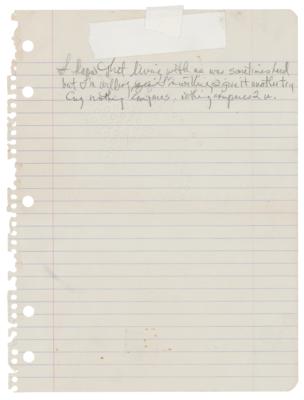 Prince's original handwritten lyrics for 'Nothing Compares 2 U,' an international hit made famous by Sinead O'Connor


Handwritten lyrics in pencil for ‘Nothing Compares 2 U’ by Prince, unsigned, two pages, 8 x 10.5, no date. The lyrics read, in full: “It's been 7 hours & 13 days / Since u took your love away / I go out every night and sleep all day / since u took your love away / Since u been gone, I can do whatever I want / I can see whomever I choose / Eat my dinner in fancy restaurants but nothing I say nothing / can take away these blue, cuz nothing compares, no / nothing compares 2 u. / It's been so lonely without u here / I’m like a bird without a song / Nothing can stop these lonely tears from falling / Where did I go wrong? / I could put my arms around every girl I see, but they / only remind me of u / I went 2 the doctor & guess what he told me / Boy, u better try 2 have fun no matter what u do, but he’s / a fool, cuz nothing compares, nothing compares 2 u. / It's been 7 hours & 13 days / Since u took your love away / Nothing makes me happy anymore any price I would’ve paid / just 2 have u here today… / All the flowers that u planted in the backyard / all died when u went away / I know that living with me was sometimes hard / but I'm willing, yes, I’m willing 2 give it another try / Cuz nothing compares, nothing compares 2 u.” In fine condition.

From the collection of Prince's assistant Therese Stoulil and accompanied by a letter of provenance, which reads, in part: "After 10 years of working for Prince, I resigned in May of 1996. And it was months after that there was a knock on my door and I looked out the bedroom window and saw a black BMW in my driveway and immediately recognized it as Duane’s, Prince’s half-brother. I went downstairs opened the door, and he only said 'this is from Prince' then he got in his car and left. Once I realized what Duane delivered I was both stunned and humbled. Prince would use white console marking tape to adhere the lyrics to his vocal microphone, that tape is still on both pages."

‘Nothing Compares 2 U’ was featured as the sixth track on The Family's 1985 self-titled debut album. Five years later, the song became a best-selling hit when Irish singer Sinead O'Connor covered the song for her second studio album, I Do Not Want What I Haven't Got. With heavy rotation on MTV, the song’s music video helped the single reach the top of the Billboard Hot 100, where it remained for four straight weeks. The song was named as the ‘#1 World Single’ of 1990 at the inaugural Billboard Music Awards and, 30 years later, it continues to make lists as one of the greatest songs of all time. Following the O’Connor single, Prince played the song live consistently from 1990 onwards, and in 1993 released his own rendition of ‘Nothing Compares 2 U’ with Rosie Gaines on guest vocals. Prince released the original 1984 studio recording as a single in 2018, and a year later, Prince’s version was included as the fifteenth and final track on the posthumous album Originals.