Tolkien on the rules of metre and prosody, in relation to Middle English and 'Sir Gawain and the Green Knight' 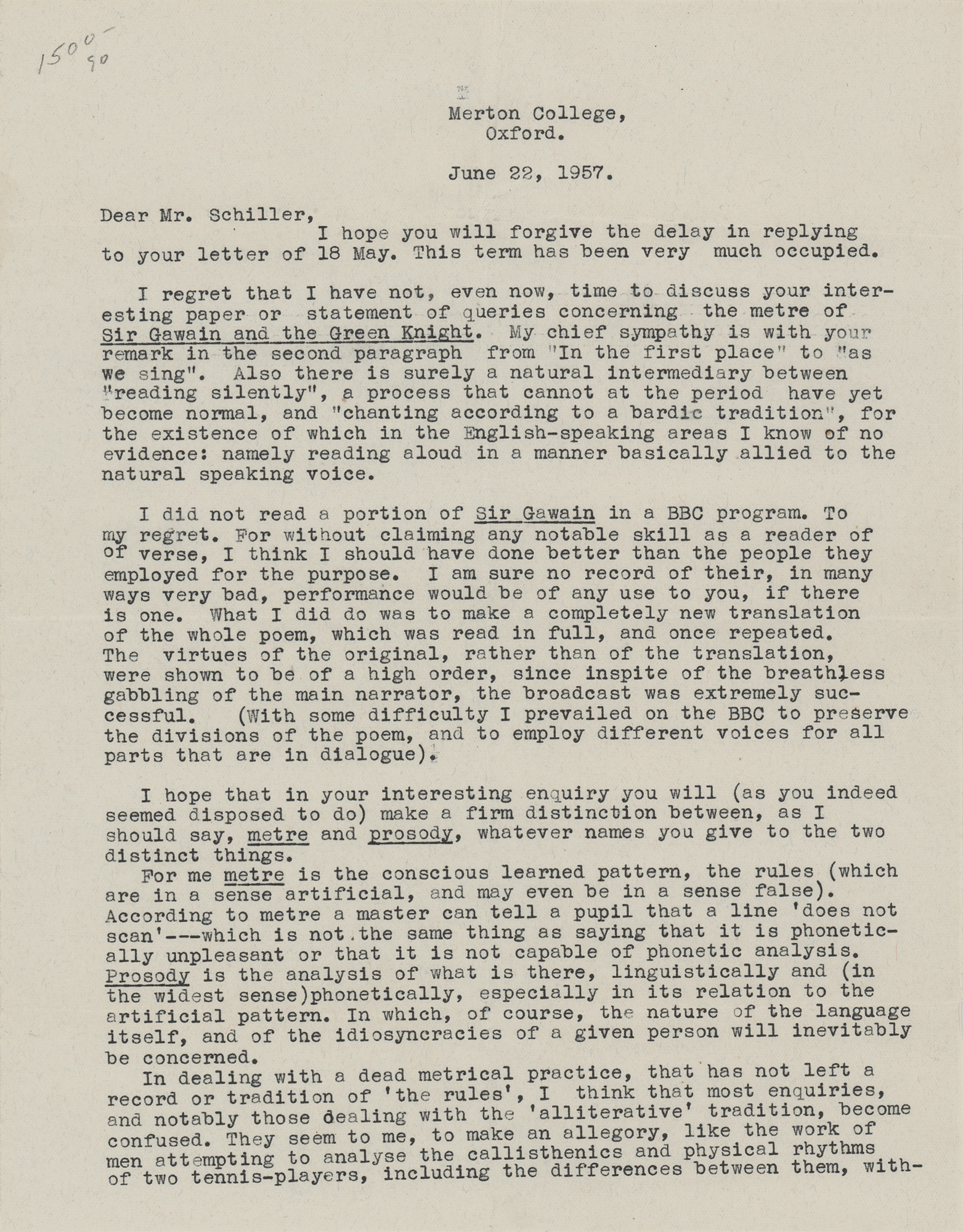 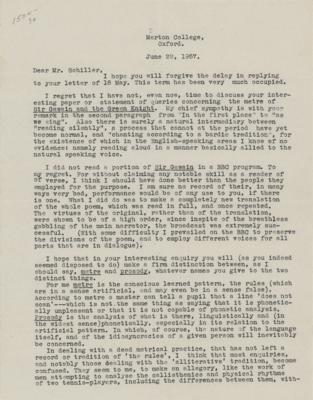 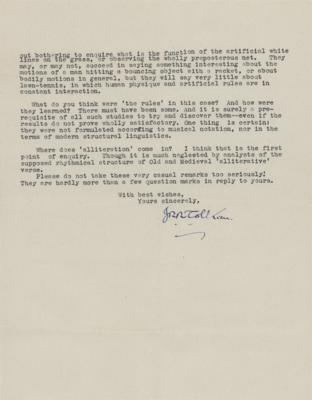 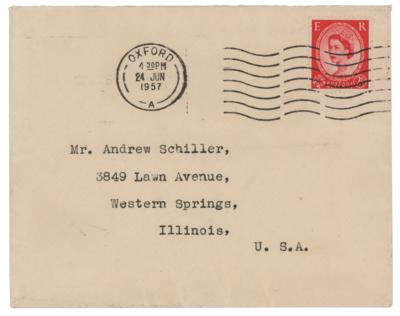 Tolkien on the rules of metre and prosody, in relation to Middle English and 'Sir Gawain and the Green Knight'

TLS, two pages, 8 x 10.25, June 22, 1957. Letter to Andrew Schiller, commenting on the classic medieval tale 'Sir Gawain and the Green Knight' and the structural rules of the English language. In part: "I regret that I have not, even now, time to discuss your interesting paper or statement of queries concerning the metre of Sir Gawain and the Green Knight. My chief sympathy is with your remark in the second paragraph from 'In the first place' to 'as we sing.' Also there is surely a natural intermediary between 'reading silently,' a process that cannot at the period have yet become normal, and 'chanting according to a bardic tradition,' for the existence of which in the English-speaking areas I know of no evidence; namely reading aloud in a manner basically allied to the natural speaking voice.

I did not read a portion of Sir Gawain in a BBC program. To my regret. For without claiming any notable skill as a reader of verse, I think I should have done better than the people they employed for the purpose…What I did do was to make a completely new translation of the whole poem, which was read in full, and once repeated…In spire of the breathless gabbling of the main narrator, the broadcast was extremely successful…

I hope that in your interesting enquiry you will (as you indeed seemed disposed to do) make a firm distinction between, as I should say, metre and prosody, whatever names you give to the two distinct things.

For me metre is the conscious learned pattern, the rules (which are in a sense artificial, and may even be in a sense false). According to metre a master can tell a pupil that a line 'does not scan'—which is not the same thing as saying that it is phonetically unpleasant or that it is not capable of phonetic analysis. Prosody is the analysis of what is there, linguistically and (in the widest sense) phonetically, especially in relation to the artificial pattern. In which, of course, the nature of the language itself, and of the idiosyncrasies of a given person will inevitably be concerned.

In dealing with a dead metrical practice, that has not left a record or tradition of 'the rules,' I think that most enquiries, and notably those dealing with the 'alliterative' tradition, become confused. They seem to me, to make an allegory, like the work of man attempting to analyse the calisthenics and physical rhythms of two tennis-players, including the differences between them, without bothering to enquire what is the function of the artificial white lines on the grass, or observing the wholly preposterous net. They may, or may not, succeed in saying something interesting about the motions of a man hitting a bouncing object with a racket, or about bodily motions in general, but they will say very little about lawn-tennis, in which human physique and artificial rules are in constant interaction.

What do you think were 'the rules' in this case? And how were they learned? There must have been some. And it is surely a prerequisite of all such studies to try and discover them—even if the results do not prove wholly satisfactory. One thing is certain: they were not formulated according to musical notation, nor in the terms of modern structural linguistics.

Where does 'alliteration' come in? I think that is the first point of enquiry. Though it is much neglected by analysts of the supposed rhythmical structure of Old and Medieval 'alliterative' verse. Please do not take these very casual remarks too seriously! They are hardly more than a few question marks in reply to yours." In fine condition. Accompanied by the original mailing envelope.

While teaching at Leeds in the early 1920s, Tolkien produced A Middle English Vocabulary and a translated definitive edition of Sir Gawain and the Green Knight with E. V. Gordon—both would become academic standard works for several decades. Much of Tolkien's scholarly concern was in linguistics, and more specifically the construction of language—interests evident in the Elvish dialects that appear in his fiction, as well as in the many questions he poses in this significant letter. Revealing the depth of thought that informed his many texts, this is an ideal Tolkien letter.