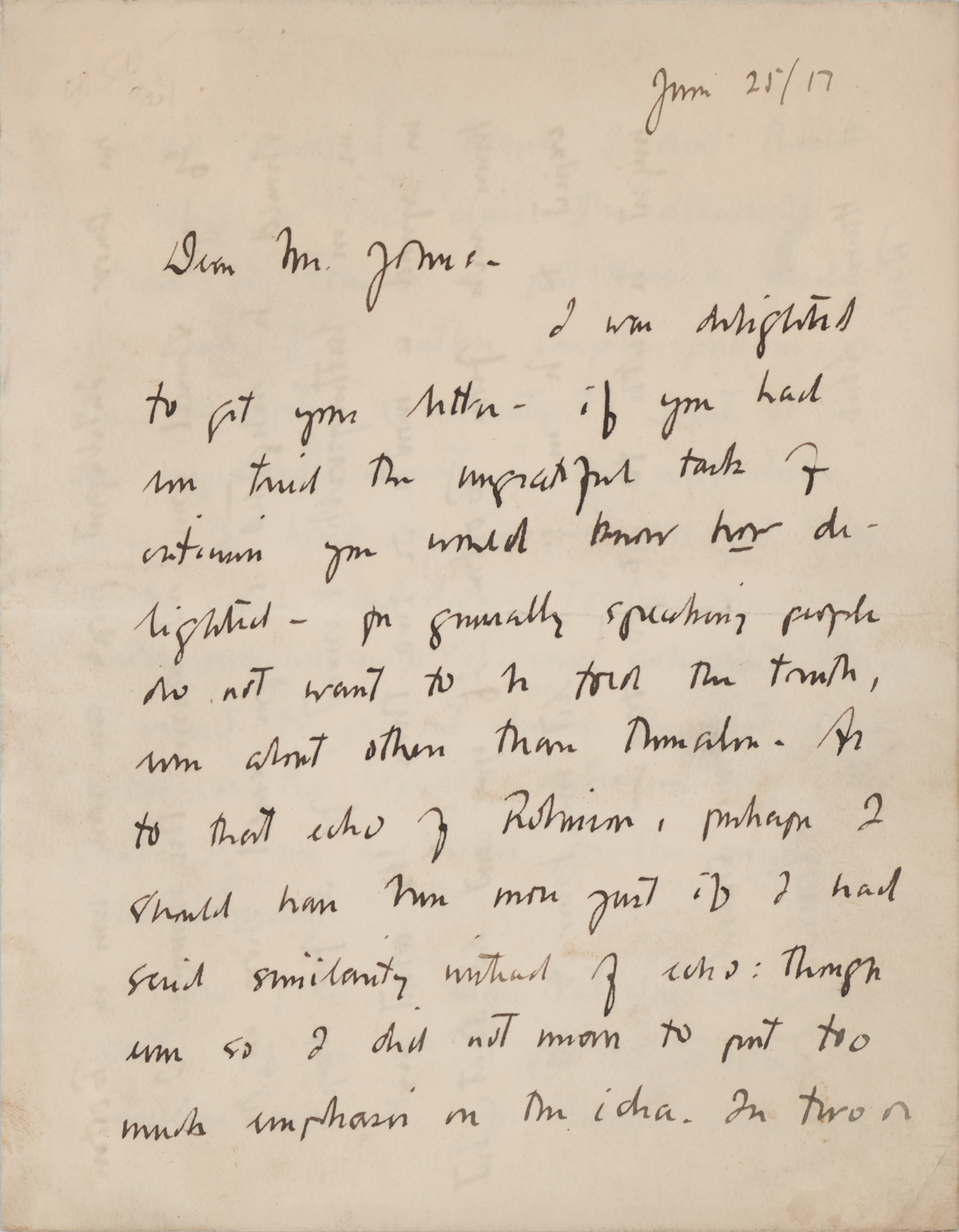 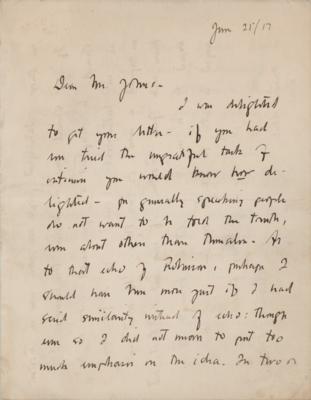 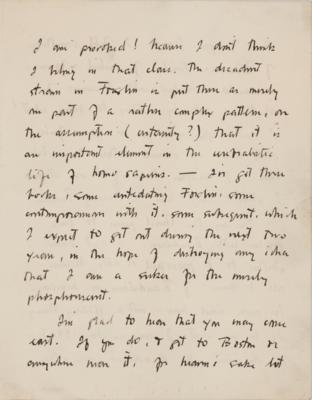 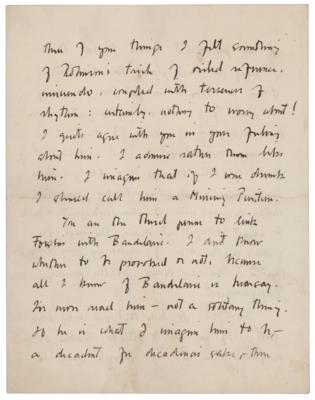 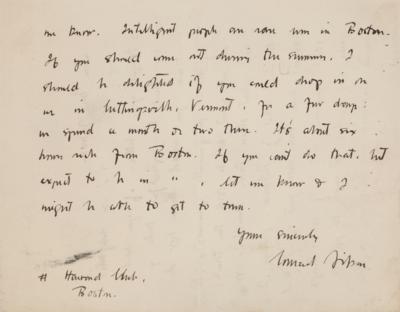 Pulitzer Prize-winning American poet, novelist, and writer of short stories (1889-1973). ALS, four pages on two adjoining sheets, 5 x 6.25, June 25, 1917. Handwritten letter to American poet Orrick Johns, responding to a comparison of his 1916 book of poetry, The Jig of Forslin: A Symphony, to the writing of Charles Baudelaire. In part: "I was delighted to get your letter…As to that echo of Robinson, perhaps I should have said more just if I had said similarity without…echo: though even so I did not mean to put too much emphasis on the idea. In two or three of your things I felt something of Robinson's trick of veiled reference…coupled with traces of rhythm: certainly nothing to worry about!…I imagine that if I were drunk I should call him a Mining Puritan.

You are the third person to link Forslin with Baudelaire. I don't know whether to be provoked or not, because all I know of Baudelaire is hearsay. I never read him—not a solitary thing. So he is what I imagine him to be,—a decadent for decadence sake,—there, I am provoked! Because I don't think I belong in that class. The decadent stream in Forslin is put there merely as a part of a rather complex patter, on the assumption (certainty?) that it is an important element in the unrealistic life of Homo sapiens.—I've got three books, some anticeding Forslin, some contemporary with it, some subsequent, which I expect to get out during the next two years, in the hope of destroying any idea that I am a seeker for merely the phosphorescent. I am glad to know that you may come east. If you do, and get to Boston or anywhere near it, for heaven's sake let me know. Intelligent people are rare now in Boston. If you should come out during the summer, I should be delighted if you could drop in on us in Cuttingsville, Vermont…It's about six hours north of Boston. If you can't do that, but expect to be in Boston, let me know and I might be able to get to town." In fine condition.