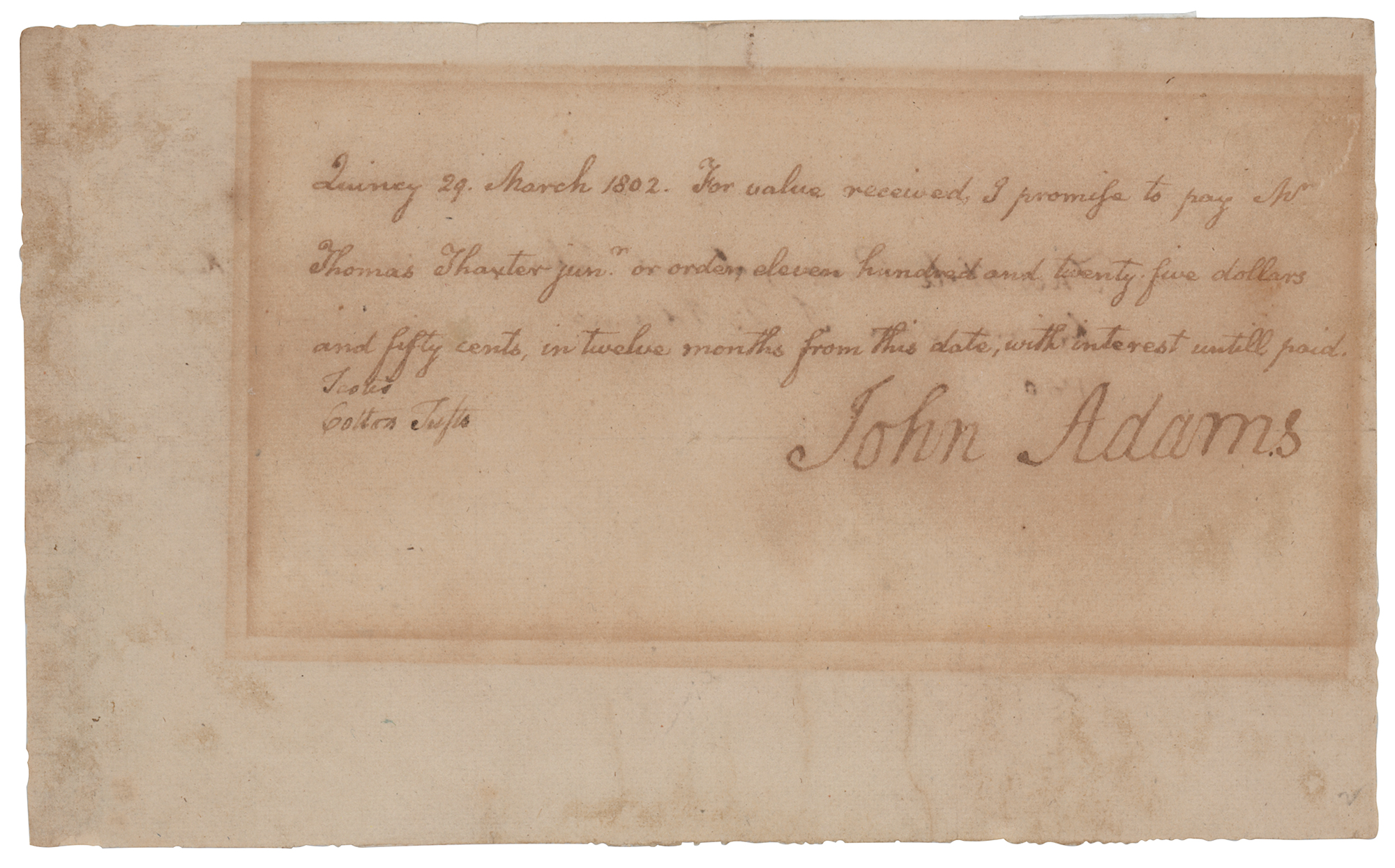 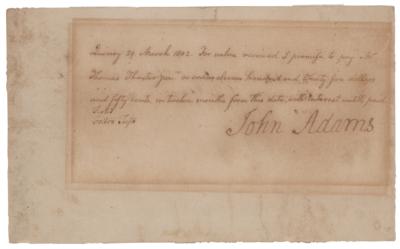 Extraordinary DS written in the hand of John Quincy Adams and signed by his father, “John Adams,” one page, 7.5 x 4.5, March 29, 1802. Promissory note penned by John Quincy Adams and signed by John Adams, in full: "Quincy, 29 March 1802. For value received, I promise to pay Mr. Thomas Thaxter jun'r or order eleven hundred and twenty five dollars and fifty cents, in twelve months from this date, with interest untill paid." Prominently signed at the conclusion by John Adams, and countersigned as a witness by his cousin, the notable physician Cotton Tufts. In fine condition, with toning from prior display. From the collection of noted autograph and manuscript collector Philip D. Sang (1902-1975). Accompanied by engraved portraits of Adams and the White House.

This remarkable financial document boasts the handwriting of several important early American figures, all with familial ties. The borrower, 'founding father' John Adams, had concluded his term as president a little over a year earlier, and was looking forward to a peaceful retirement in Quincy, Massachusetts. The penman, his son John Quincy Adams, was about to start his first elected position as a member of the Massachusetts Senate, and he would follow in his father's footsteps as president of the United States. Cotton Tufts, a cousin of John Adams, was one of the original members of the Massachusetts Medical Society and a Massachusetts state senator who supported the adoption of the U.S. Constitution.