Lot #5178
The Day the Music Died: 45 RPM Record Signed by Buddy Holly and Ritchie Valens on the Eve of Their Final Concert 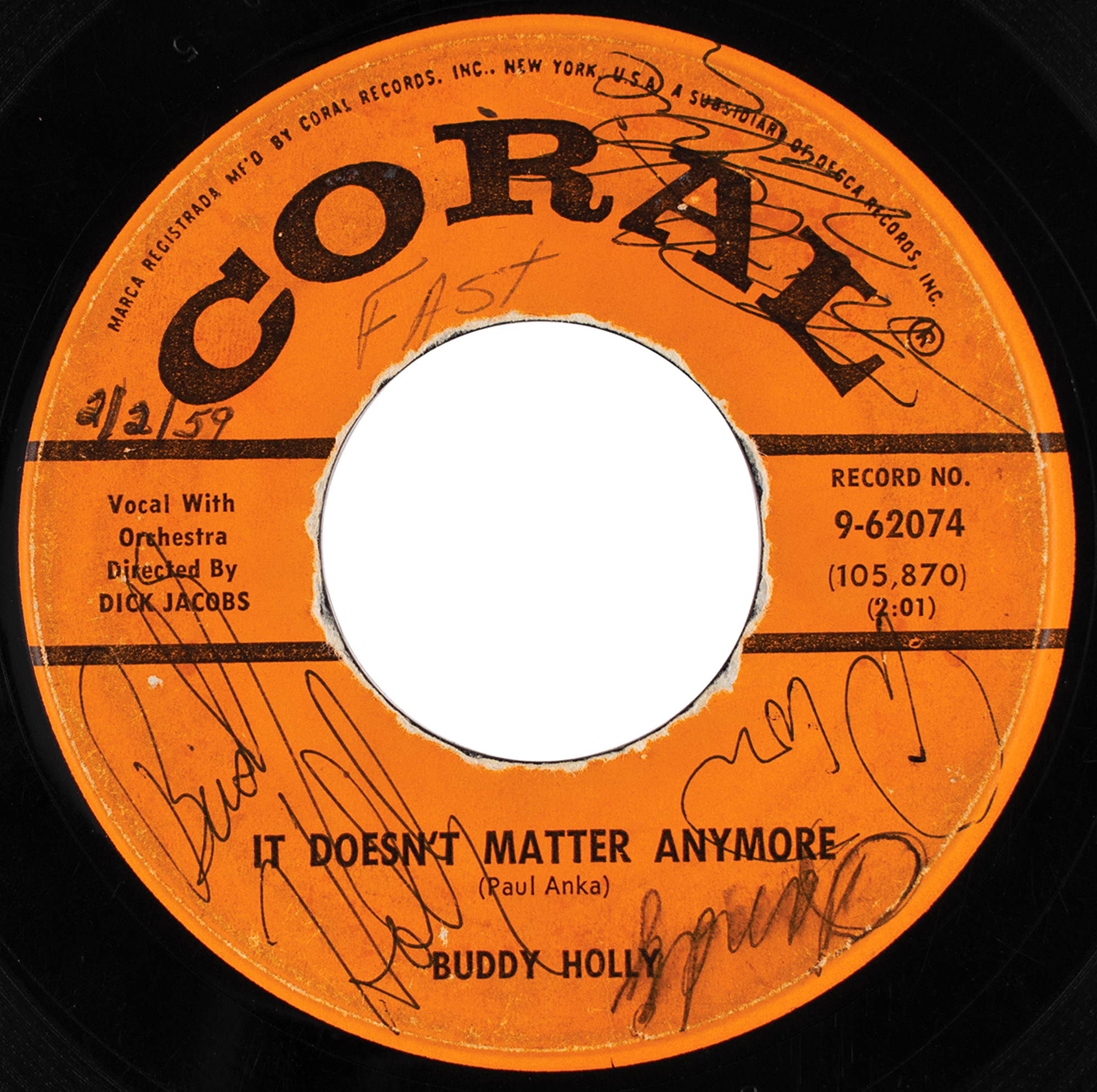 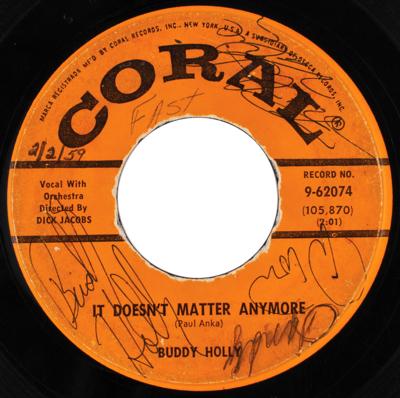 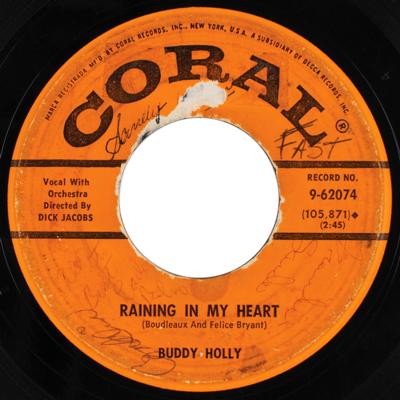 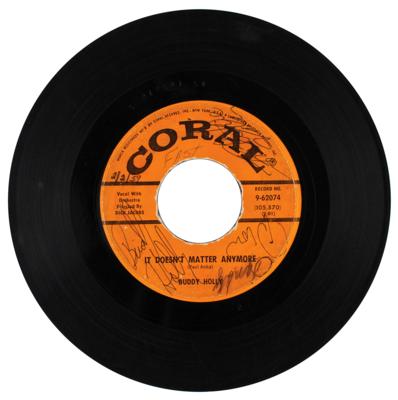 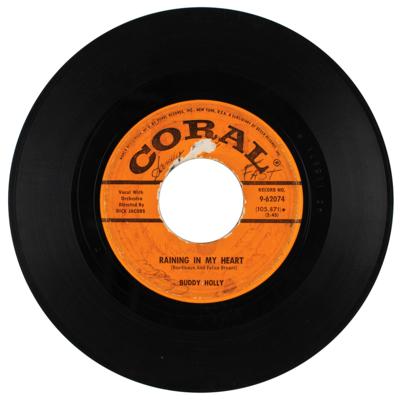 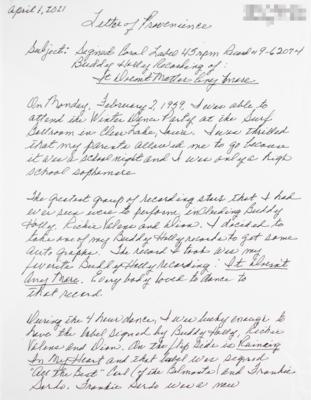 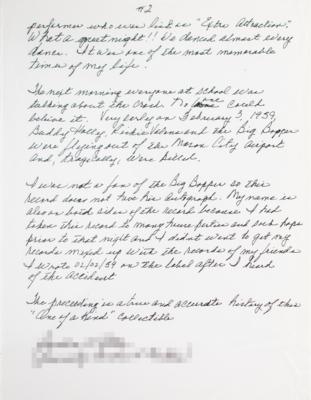 Historic 45 RPM record for the Buddy Holly single ‘It Doesn’t Matter Anymore / Raining in My Heart’ (Coral Records: 9-62074), which is signed on the A side in black ballpoint by Buddy Holly, Ritchie Valens, and Dion; the B side is signed by Frankie Sardo and Carlo Mastrangelo (of The Belmonts). Both sides bear ownership notations, with the A side dated to February 2, 1959, the day before the plane crash that took the lives of Holly, Valens, J. P. Richardson, aka The Big Bopper, and pilot Roger Peterson. Includes the original paper sleeve. In very good to fine condition, with wear to the vinyl, light soiling to the label, and an area of paper loss to the label on the B side.

Accompanied by full letters of authenticity from REAL and PSA/DNA, and by a letter of provenance from the original recipient: “On Monday February 2, 1959, I was able to attend the Winter Dance Party at the Surf Ballroom in Clear Lake, Iowa…I decided to take one of my favorite Buddy Holly Records to get some autographs…During the 4 hour dance, I was lucky enough to have the label signed by Buddy Holly, Ritchie Valens and Dion. On the flip side…that label was signed ‘All the Best’ Carl (of the Belmonts) and by Frankie Sardo…It was one of the most memorable times of my life. The next morning everyone at school was talking about the crash. No one could believe it…I wrote the date 2/02/59 on the label after I heard of the accident.”

A month after leaving the Crickets, Holly made plans to move to New York with his pregnant wife to further his fast-rising musical career. Short on funds, he signed on with General Artist Corporation and organized a 24-day tour barnstorming the Midwest during one of the region’s worst winters on record. After opening night on January 23rd in Milwaukee, Wisconsin, the caravan zigzagged wearily across state lines before stopping in Clear Lake, Iowa—350 miles from the previous day's concert in Green Bay—where the tour’s 10th show was arranged on the fly.

Fed up with freezing on the tour bus, Holly chartered a plane, a four-seater Beechcraft Bonanza, for his band to leave that night after the Surf Ballroom show and head to Fargo, North Dakota, the closest city to their next stop in Moorhead, Minnesota. With takeoff imminent, the seating plan needed to be set: Holly was in, as was the flu-ridden Richardson (bassist Waylon Jennings offered up his seat); the third seat was taken by Valens, who won it on a coin flip with guitarist Tommy Allsup. Shortly after embarking from the Mason City Municipal Airport just shy of 1 a.m., the Bonanza disappeared, its wreckage and the bodies of its passengers found the next morning less than six miles from the airstrip.

The significance of this item cannot be overstated: an early pressing of Holly’s last U.S. Top 20 hit, signed by Holly and Valens at their final concert mere hours before their ill-fated flight—few items, if any, related to ‘The Day the Music Died,’ could eclipse the rarity of this incredible early rock and roll relic.