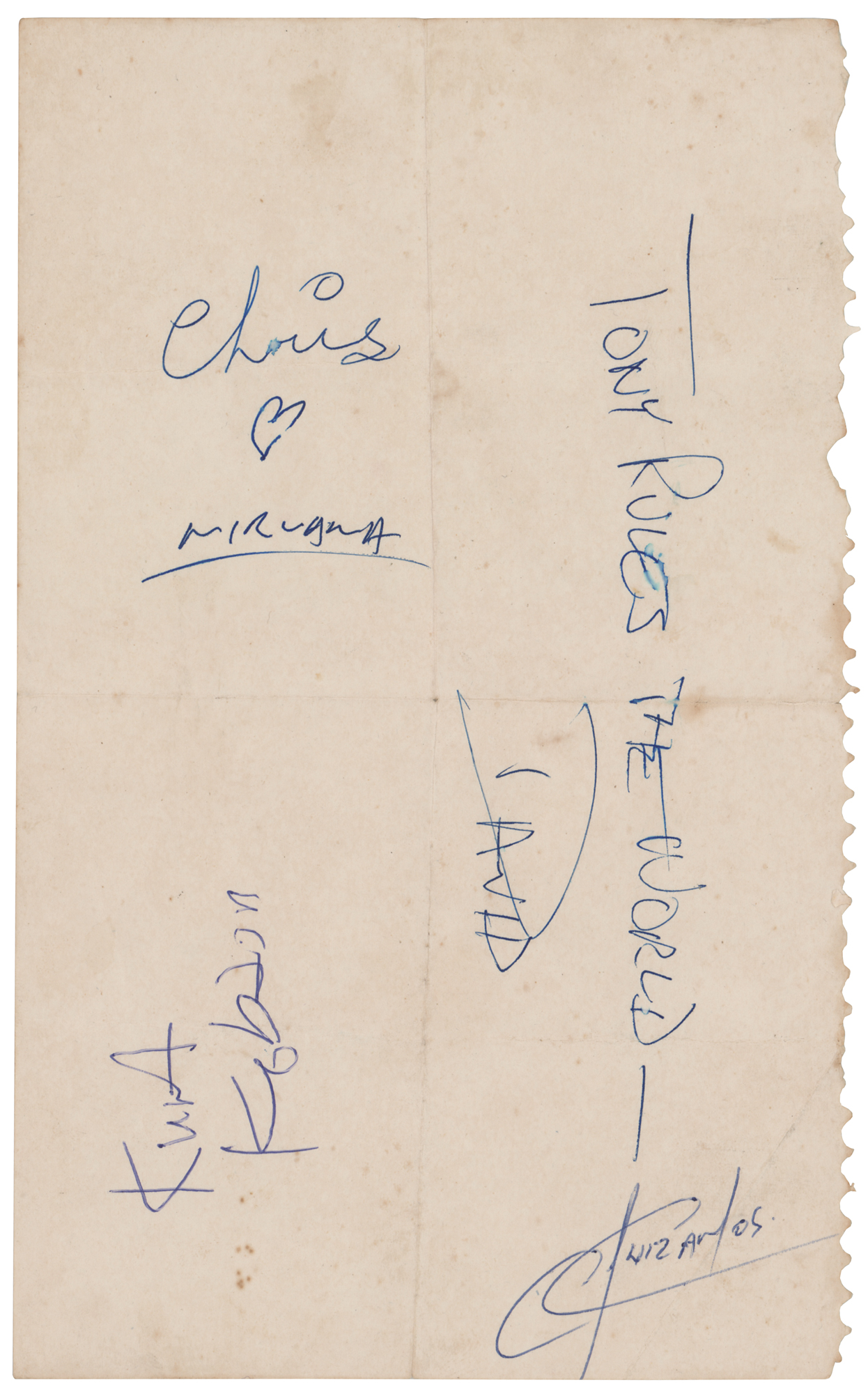 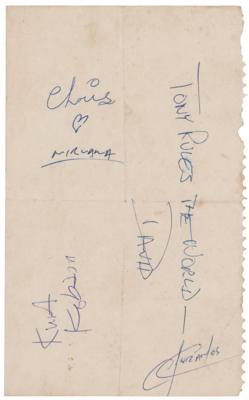 Ballpoint signatures, "Kurt Kobain," "Chris [heart] Nirvana," and "Tony Rules the World—David,” on an off-white 5 x 8 sheet. In very good to fine condition, with intersecting folds, and overall light creasing. Grohl's mention of "Tony" is a reference to Antony Hodgkinson, aka Dancing Tony, who was the drummer for British rock band Bivouac, a Geffen labelmate with Nirvana. Hodgkinson befriended the Nirvana trio and he routinely picked them up from the airport when they came to England, hanging out with them at their shows, and, on occasion, dancing on stage with the band; according to his estimation, Hodgkinson danced at nine Nirvana concerts, including the Reading Festival gigs in 1991 and 1992.

Accompanied by a letter of provenance from the original recipient and by a certificate of authenticity from Tracks, which states that the autographs were obtained at the Hollywood Rock Festival in Rio de Janeiro, Brazil, on January 23, 1993, where the band performed alongside other international acts like the Red Hot Chili Peppers, L7, and Alice in Chains. While fans and critics divide over Nirvana's performance in Rio—Cobain's guitar playing was reportedly affected by his mixture of pills and alcohol, medication taken to ease his nerves over playing to a crowd of nearly 80,000—the concert proved memorable in both its raucousness and its debut performances of now classic songs 'Heart-Shaped Box' and 'Scentless Apprentice.'

This item is Pre-Certified by Beckett
Buy a third-party letter of authenticity for $250.00