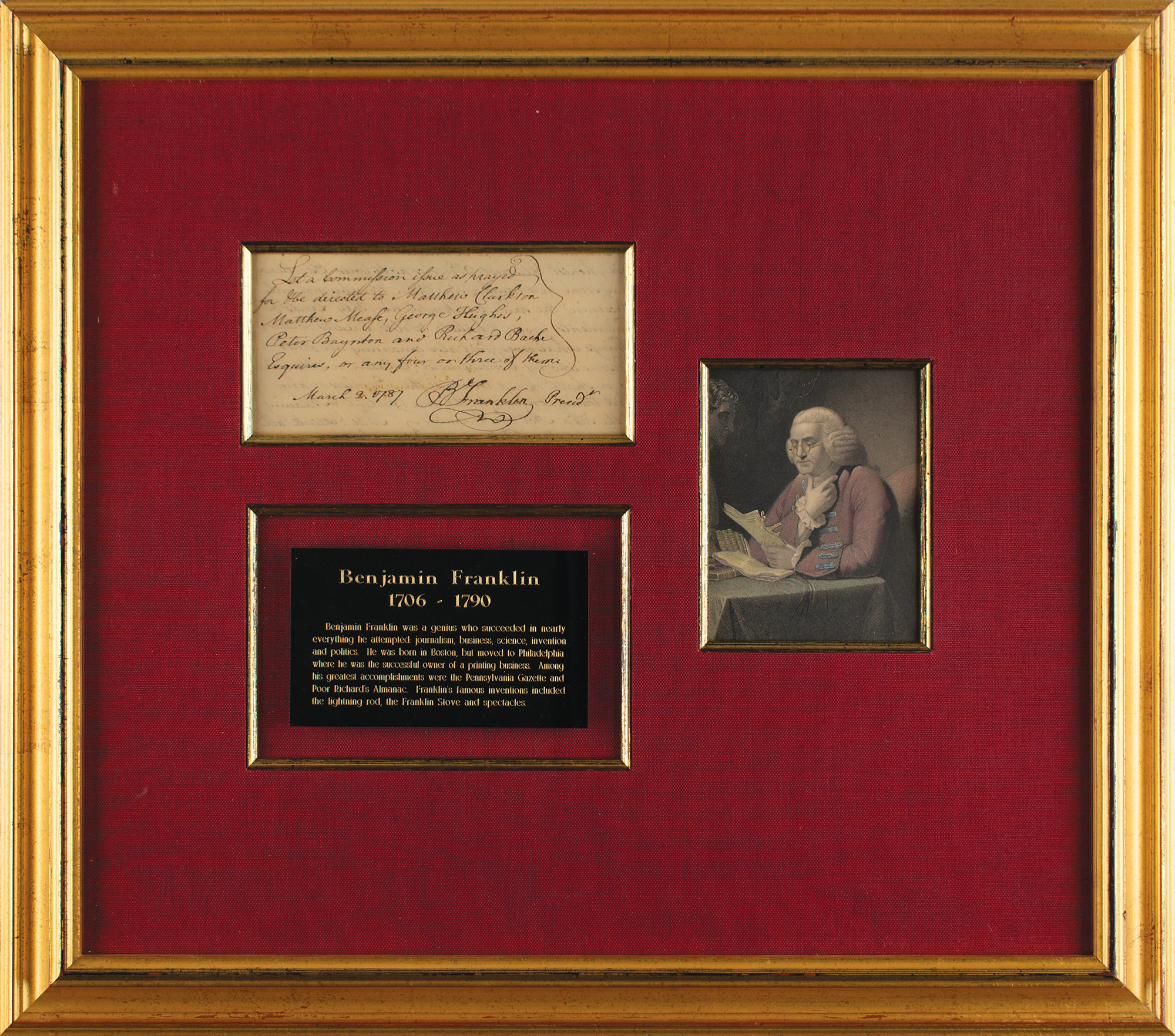 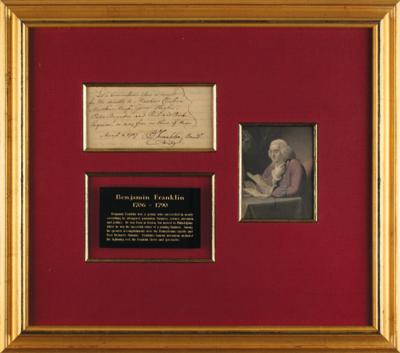 Manuscript DS, signed “B. Franklin, Presid't,” one page, 6.25 x 3, March 2, 1787. An endorsement from Benjamin Franklin as the President of Pennsylvania, in full: "Let a Commission issue as prayed for the directed to Matthew Clarkson, Matthew Mease, Peter Baynton and Richard Bache Esquires, or any four of three of them." Signed boldly at the conclusion by Franklin. Cloth-matted and framed with a portrait and engraved plaque to an overall size of 19.75 x 17.5. In fine condition.

Franklin was unanimously elected as the president of Pennsylvania shortly after his 1785 return from France, with the bulk of his presidential duties consisting of signing land grants, performing ceremonial functions, and other official tasks similar to those of a governor. Roughly three months after signing this endorsement, Franklin served as a delegate to the Philadelphia Convention, which was held from May 25 to September 17, 1787, in the old Pennsylvania State House in Philadelphia. When delegates became heated over the issue of proportional representation, Franklin urged 'great Coolness and Temper,' reminding the delegates that 'we are sent here to consult, not to contend, with each other.' As the eldest delegate at the Convention, the sagacious Franklin was often relied upon to restore harmony. A desirable document from Franklin, the only Founding Father who is a signatory of all four of the major documents of the founding of the United States: the Declaration of Independence, the Treaty of Alliance with France, the Treaty of Paris, and the United States Constitution.