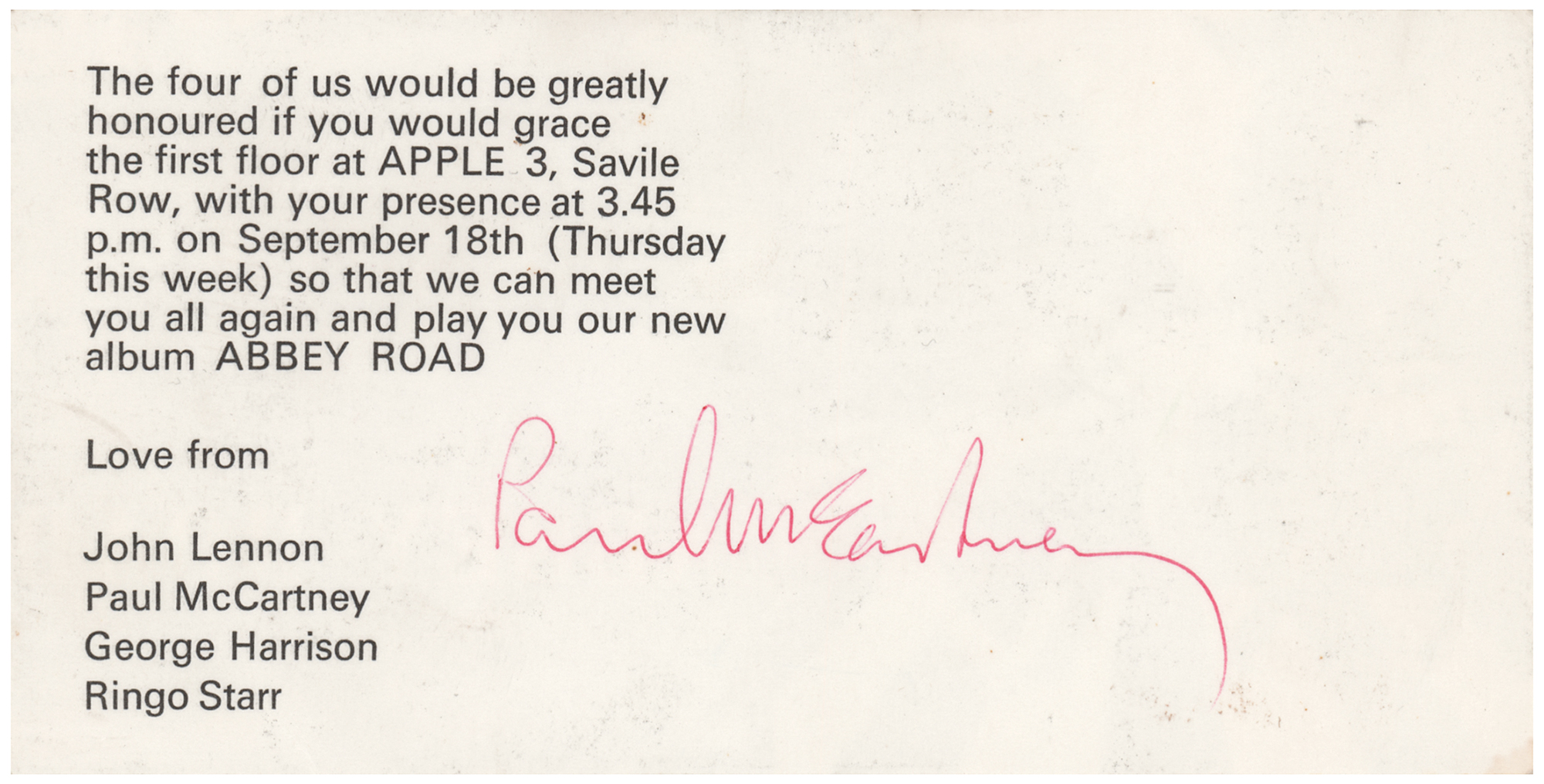 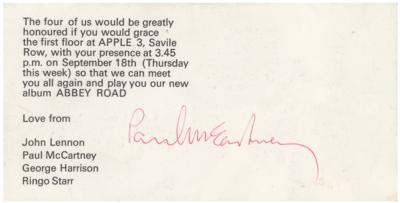 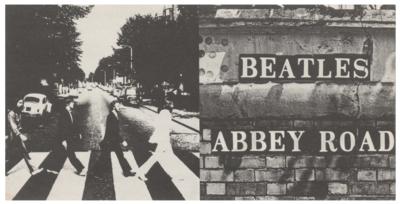 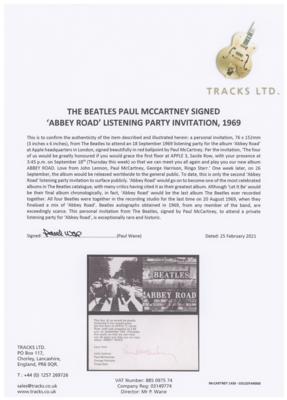 Supremely rare personal invitation from The Beatles to attend an 'Abbey Road' listening party at Apple Headquarters in London on September 18, 1969, 6 x 3, signed on the reverse in red ballpoint, "Paul McCartney." On the front is an image of the iconic album artwork, with invitation text imprinted on the reverse: "The four of us would be greatly honoured if you would grace the first floor at APPLE 3, Savile Row, with your presence at 3:45 p.m. on September 18th (Thursday this week) so that we can meet you all again and play you our new album ABBEY ROAD. Love from John Lennon, Paul McCartney, George Harrison, Ringo Starr." One week later, on September 26, 1969, the album would be released worldwide to the general public. In fine condition. Accompanied by a certificate of authenticity from Tracks.

To date, this is only the second ‘Abbey Road’ listening party invitation to surface publicly. ‘Abbey Road’ would go on to become one of the most celebrated albums in the Beatles' catalogue, with many critics having cited it as their greatest album. Although ‘Let It Be’ would be their final album chronologically, in fact, ‘Abbey Road’ would be the last album the Beatles ever recorded together. All four Beatles were together in the recording studio for the last time on August 20, 1969, when they finalized a mix of ‘Abbey Road.’ Beatles autographs obtained in 1969, from any member of the band, are exceedingly scarce. This personal invitation from the Beatles themselves, signed by Paul McCartney, to attend a private listening party for their last recorded album, is exceptionally rare and historic.