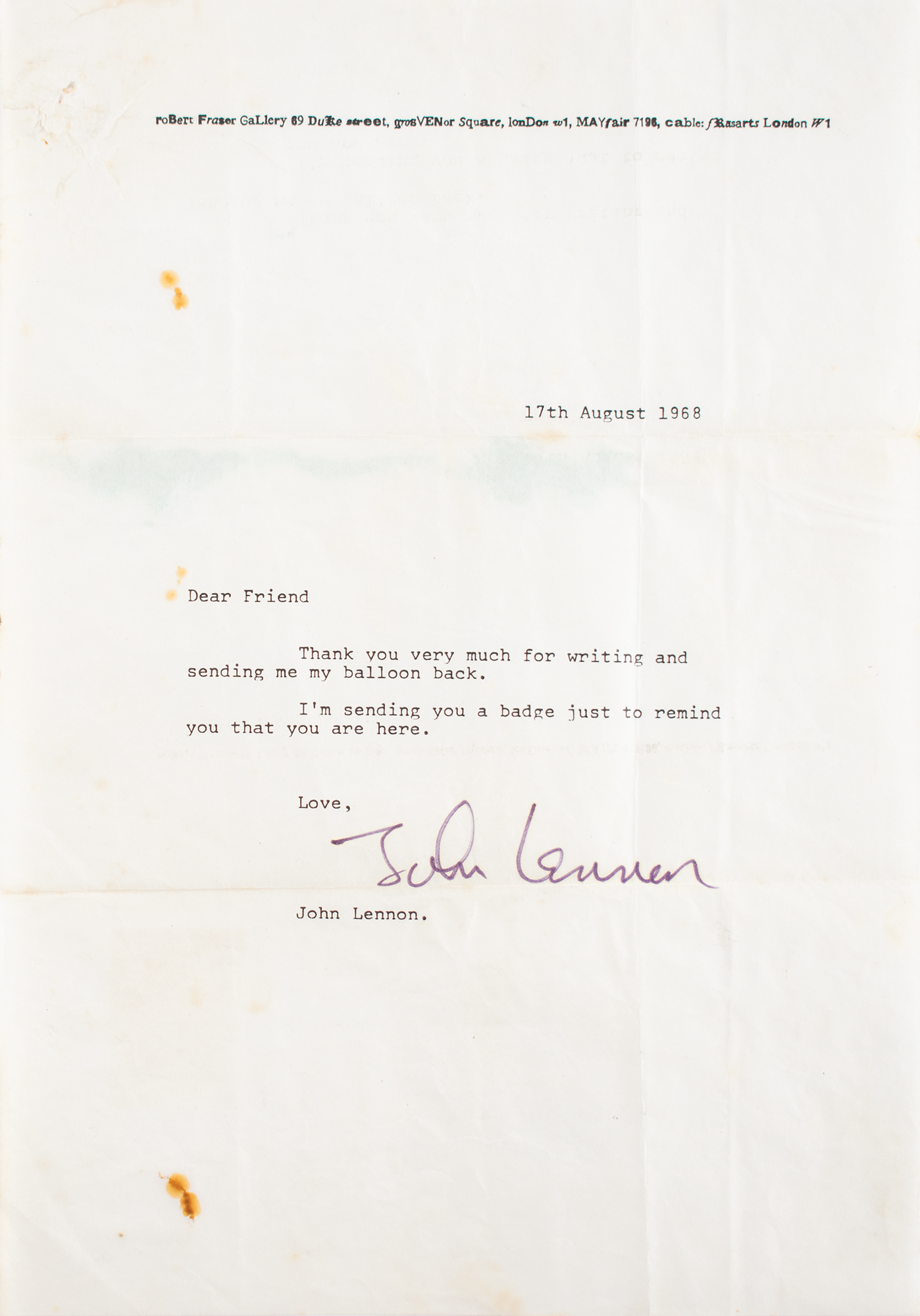 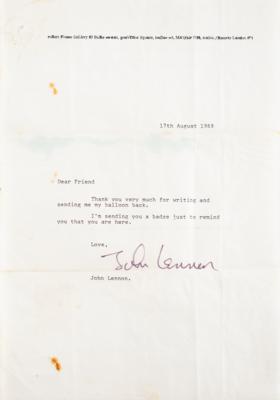 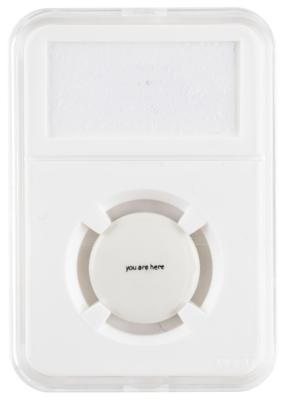 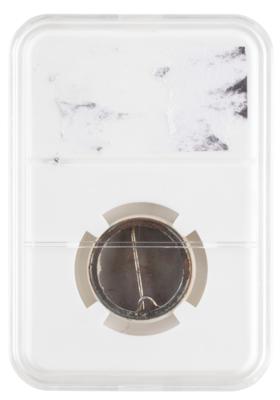 TLS signed in bold black felt tip, “John Lennon,” one page, 8 x 11.5, Robert Fraser Gallery letterhead, August 17, 1968. Letter addressed to a "Friend," in full, "Thank you very much for writing and sending me my balloon back. I'm sending you a badge just to remind you that you are here." Included is the small referenced ‘badge,’ an off-white 1″ in diameter pin that reads in small text: “you are here.” This badge was originally pinned to the upper left corner of the letter, which shows evidence of its attachment. In very good condition, with overall creasing and scattered staining. Accompanied by letters of authenticity from Tracks and Perry Cox.

On July 1, 1968, John Lennon and Yoko Ono opened their first joint art exhibition, ‘You Are Here (To Yoko from John Lennon, With Love),’ at the Robert Fraser Gallery at 69 Duke Street, London. At the launch ceremony, Lennon and Ono released 365 white helium-filled balloons over London, with Lennon proclaiming: ‘I declare these balloons high.’ Attached to each balloon was a printed card with the words ‘You are here’ on one side, and ‘Write to John Lennon, c/o The Robert Fraser Gallery, 69 Duke Street, London W1’ on the other. Many who returned the cards received a Lennon-signed letter identical to the one offered here with attached 'you are here' pin.