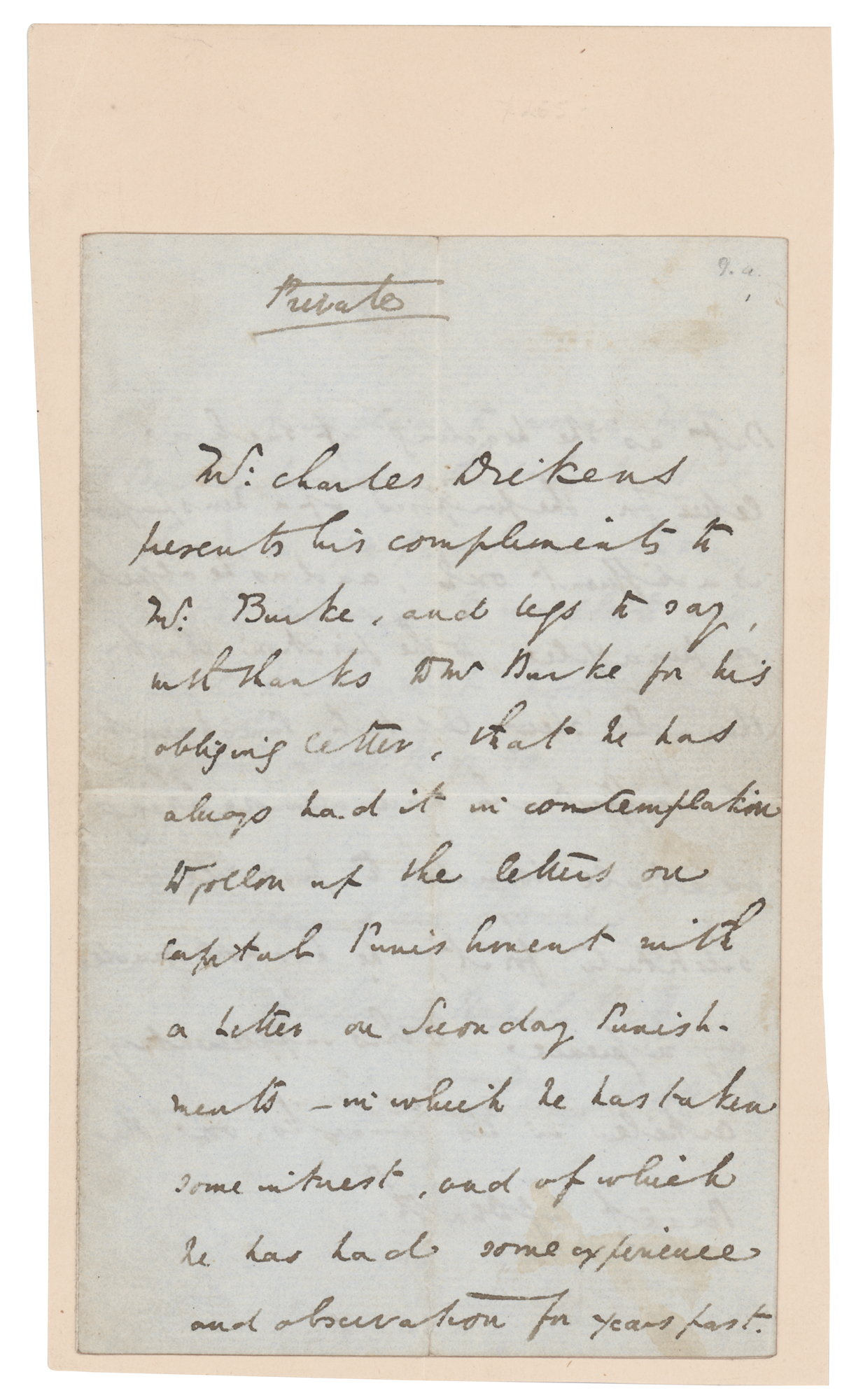 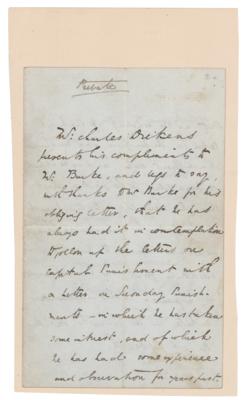 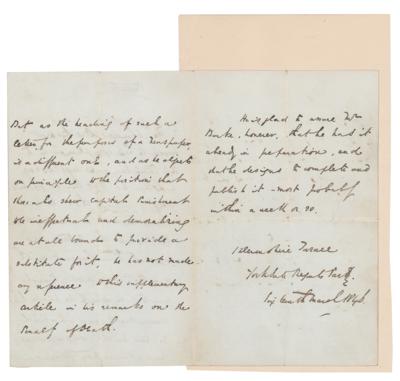 Third-person ALS, signed within the text as "Mr: Charles Dickens," three pages on two adjoining sheets, 4.25 x 7, March 16, 1846. A handwritten letter marked "Private," which reads: "Mr: Charles Dickens presents his compliments to Mr: Burke, and begs to say with thanks to Mr. Burke for his obliging letter, that he has always had it in contemplation to follow up the letters on Capital Punishment with a letter on Secondary Punishments—in which he has taken some interest, and of which he has had some experience ad observation for years past. But as the heading of such a letter, for the purposes of a newspaper, is a different…and as he objects on principle to the position that those who show capital punishment to be ineffectual and demoralizing are at all bound to provide a substitute for it, he has not made any reference to this supplementary article in his remarks on the Penalty of Death. He is glad to assure Mr. Burke, however, that he has it already in preparation, and that he designs to complete and publish it most probably within a week or so." Dickens adds the date and his address at the conclusion: "1 Devonshire Terrace, York Gate Regent's Park." The letter is affixed to a slightly larger sheet. In fine condition, with light stains and mailing folds.

During the spring of 1846, when a new edition of Oliver Twist was appearing in monthly parts, Dickens wrote a series of five long letters on capital punishment to the Daily News. By this time public feeling against the death penalty, which had been building steadily during the second quarter of the 19th century, was at its height. Dickens had been intending to contribute to the debate for some time, but two particularly controversial recent murder trials finally prompted him to write. Dickens concluded that there was a ‘horrible fascination’ attached to capital crimes and the condemned prisoner, who, due to the press and sensational reporting, often became celebrities. His last installment was published the same day he wrote this letter.

As he alludes to in the final paragraph, Dickens had intended to write a sixth and final letter for the Daily News, focusing on secondary punishments, but ultimately ran out out of time as he had to concentrate on preparing his Italian travel book, which needed to be published no later than May.