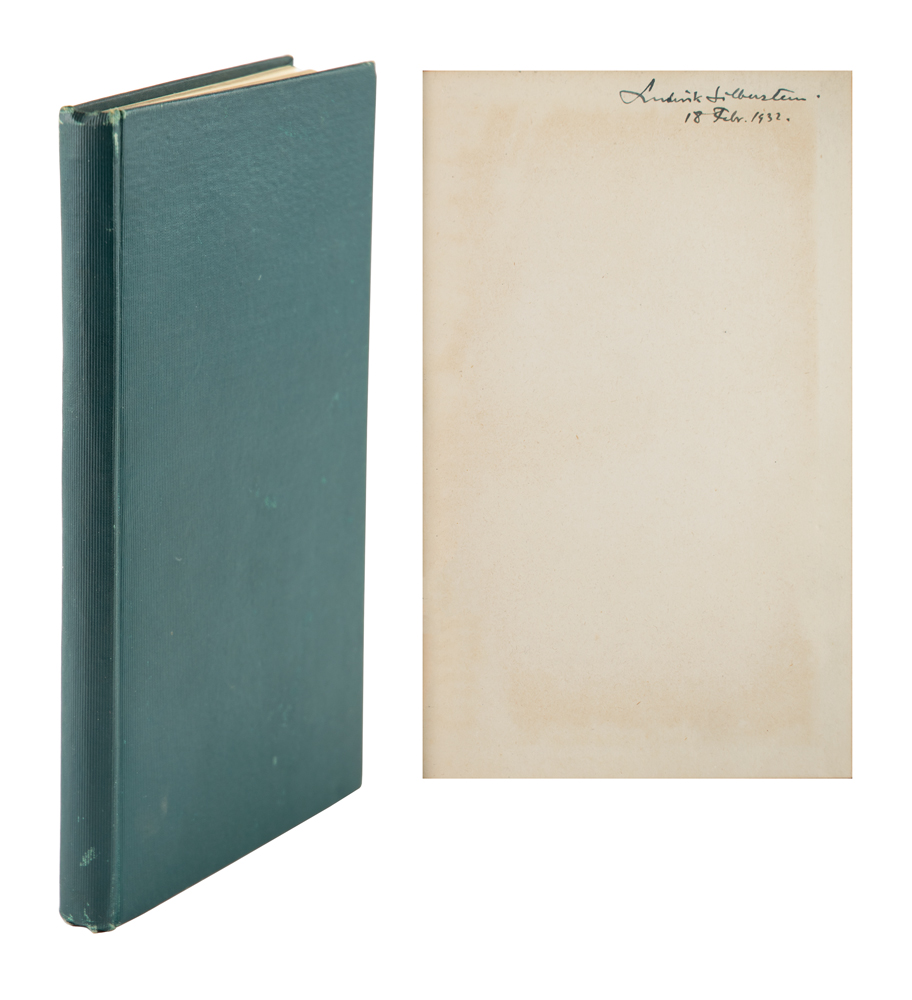 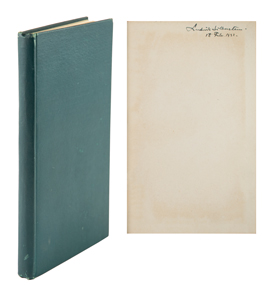 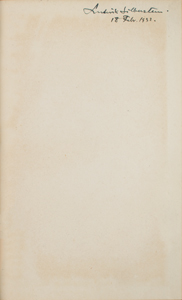 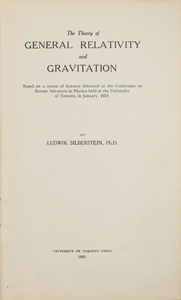 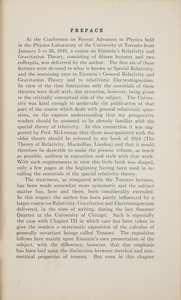 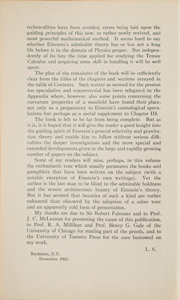 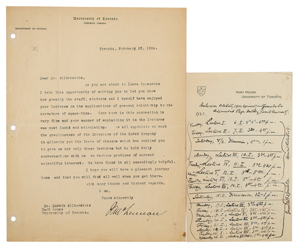 Three items associated with Silberstein's lectures at the University of Toronto in the 1920s:

Signed book: The Theory of General Relativity and Gravitation: Based on a course of lectures delivered at the Conference on Recent Advances in Physics held at the University of Toronto, in January, 1921. First edition. Toronto: University of Toronto Press, 1922. Hardcover, 5.75 x 8.25, 141 pages. Signed on the first free end page in fountain pen, "Ludwik Silberstein, 18 Febr. 1932."

TLS signed "J. C. McLennan," one page, 8.5 x 11, University of Toronto letterhead, February 23, 1924. Letter to Dr. Silberstein, in part: "As you are about to leave to-morrow I take this opportunity of writing you to let you know how greatly the staff, students and I myself have enjoyed your lectures on the applications of general relativity to the curvature of space-time. Your work in this connection is very fine and your manner of explaining it in the lectures was most lucid and stimulating." A noted Canadian physicist, John Cunningham McLennan directed the University of Toronto's physics laboratory from 1906 to 1932.

In overall fine condition, with light toning to the signed page of the book.