Solemn 1845 letter on the death of an old friend, a spokesman for Jacksonian democracy 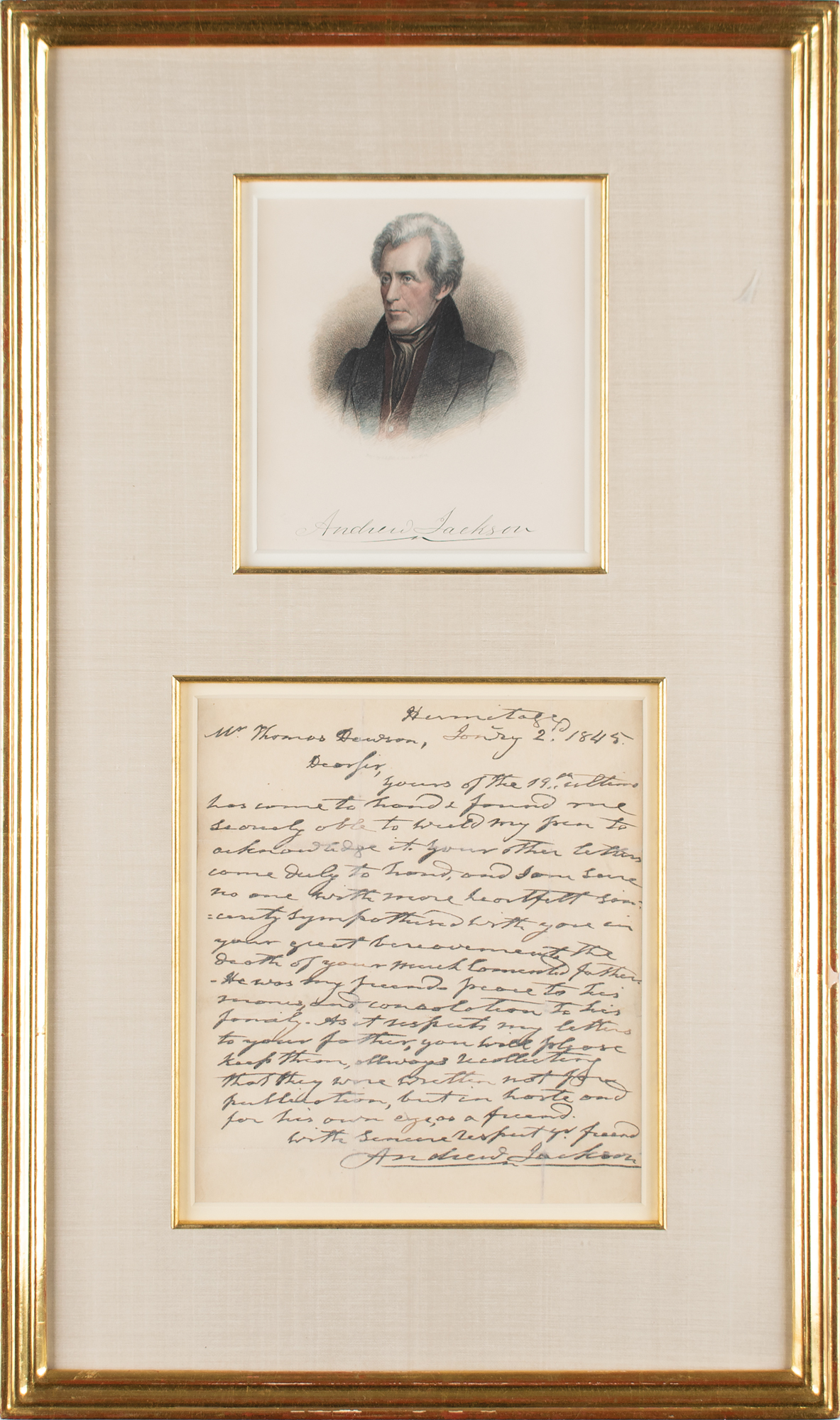 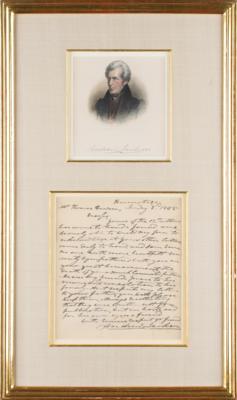 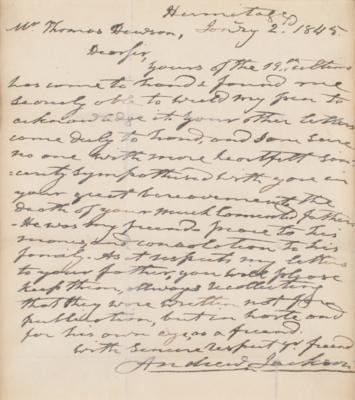 Solemn 1845 letter on the death of an old friend, a spokesman for Jacksonian democracy

ALS, one page, 7.5 x 8.25, January 2, 1845. Letter to Thomas Dawson, expressing his condolences over the loss of his father, Moses Dawson, in full: "Yours of the 19th ultimo has come to hand & found me scarcely able to wield my pen to acknowledge it. Your other letters come duly to hand, and I am sure no one with more heartfelt sincerity sympathized with you in your great bereavement on the death of your much lamented father. He was my friend, peace be to his name and consolation to his family. As it respects my letters to your father, you will please keep them, allways recollecting that they were written not for publication, but in haste and for his eye, as a friend." Cloth-matted and framed with an engraving bearing a facsimile signature to an overall size of 14 x 23.5. In very good to fine condition, with apparent overall silking.

Moses Dawson owned the left-leaning Cincinnati Advertiser and Ohio Phoenix, a predecessor of the Cincinnati Enquirer, for more than two decades. As its editor, he used the paper’s influential platform to serve as a Western spokesman for Jacksonian democracy. In addition to his friend Jackson, Dawson corresponded with several prominent figures such as Martin Van Buren, William Henry Harrison, and James Knox Polk, as well as many other well-known national and Ohio political leaders. Thomas Dawson honored Jacksons’s wish that he “keep them, allways recollecting that they were written not for publication.” Dawson’s collection of over 180 letters, spanning 1811-1845, remained in the family until 1934, when a descendant donated them to Xavier University. A poignant letter from Jackson, written only six months before his own death on June 8, 1845.