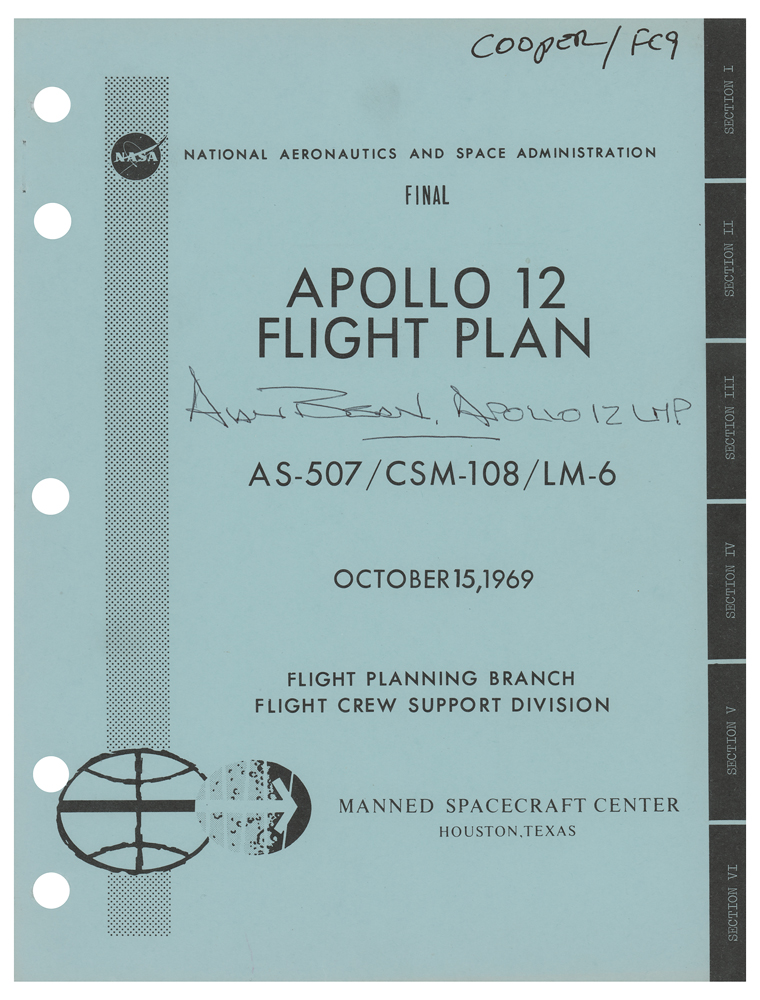 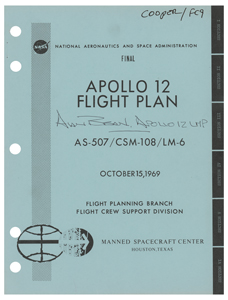 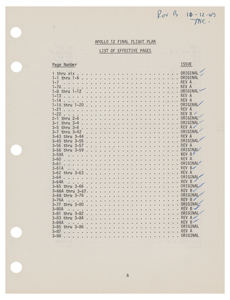 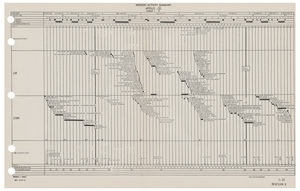 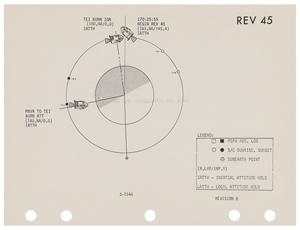 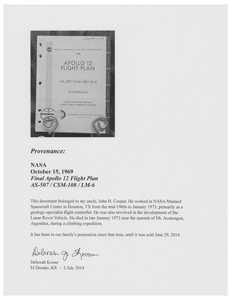 Unbound official NASA manual entitled “Final, Apollo 12 Flight Plan, AS-507/CSM-108/LM-6,” 8 x 10.5, dated October 15, 1969, prepared by the Flight Planning Branch, Flight Crew Support Division at the Manned Spacecraft Center. Signed on the front cover in black ballpoint, “Alan Bean, Apollo 12 LMP.” The manual, which belonged to NASA engineer John H. Cooper, is marked in the upper right corner of the front cover, “Cooper / FC9,” along the front textblock, “12 FLT PLAN,” and features a few handwritten annotations to the opening pages. The manual consists of six sections: General, Mission Objectives, Detailed Timeline, Consumables, Abbreviated Timeline, and Alternate Missions. The introduction page, in part: "This document schedules the AS-507/CSM-108/LM-6 operations and crew activities to fulfill, when possible, the test objectives defined in the Mission Requirements, H Type Mission Lunar Landing." The manual is presented in a modern three-ring binder. In fine condition. Accompanied by a letter of provenance from Cooper’s niece, who states that he “worked at NASA-Manned Spacecraft Center in Houston, TX from the mid-1960s to January 1973, primarily as a geology-specialist flight controller. He was also involved in the development of the Lunar Rover Vehicle.”