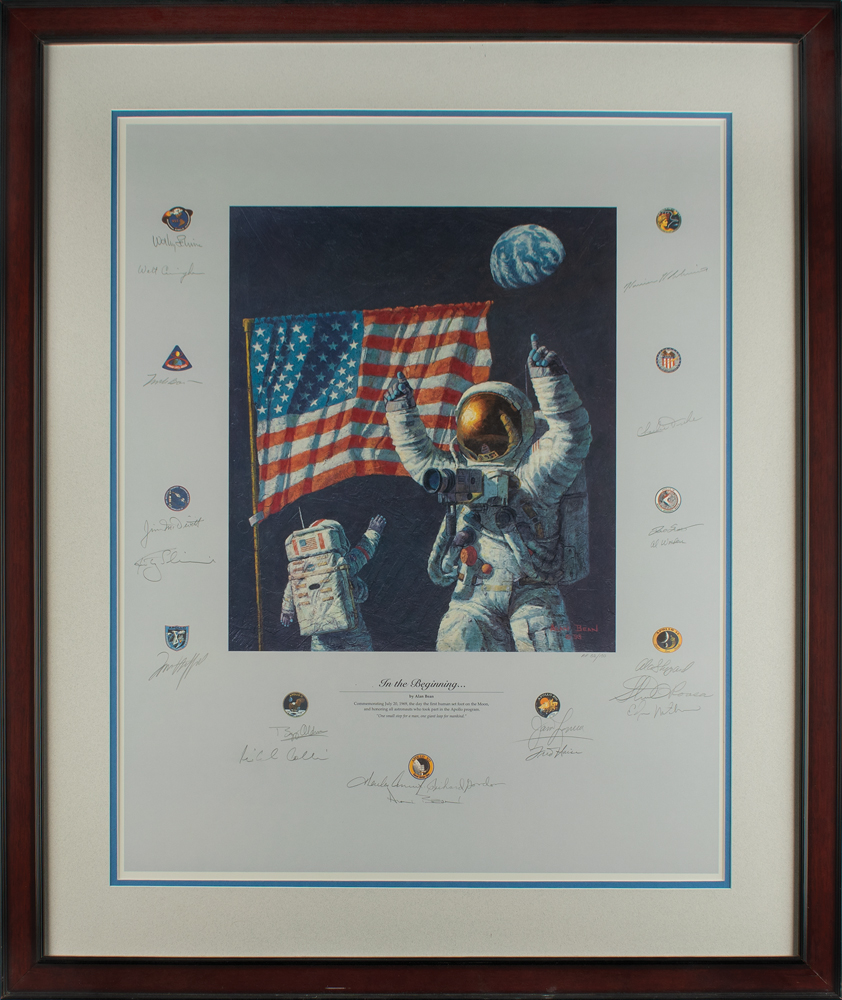 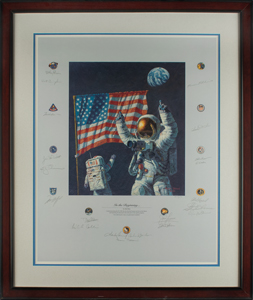 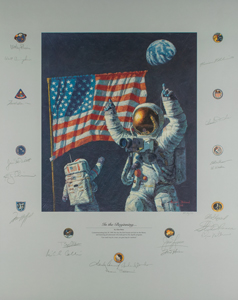 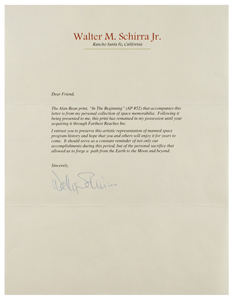 Wally Schirra’s personally owned limited edition color 23.5 x 29.5 lithograph of a painting by Alan Bean entitled 'In the Beginning…,' numbered AP 52/150, signed in the margins in pencil by 20 Apollo astronauts, each signing under his mission emblem. Signers are: Wally Schirra, Walt Cunningham, Frank Borman, Jim McDivitt, Rusty Schweickart, Tom Stafford, Buzz Aldrin, Michael Collins, Charles Conrad, Richard Gordon, Alan Bean, Fred Haise, James Lovell, Harrison Schmitt, Charlie Duke, Dave Scott, Al Worden, Alan Shepard, Stu Roosa, and Edgar Mitchell. Double-matted and framed to an overall size of 32.5 x 38.75. In very fine condition. Accompanied by a letter of authenticity signed by Schirra: “The Alan Bean print…is from my personal collection of space memorabilia…It should serve as a constant reminder of not only our accomplishments during this period, but of the personal sacrifice that allowed us to forge a path from the Earth to the Moon and beyond.”