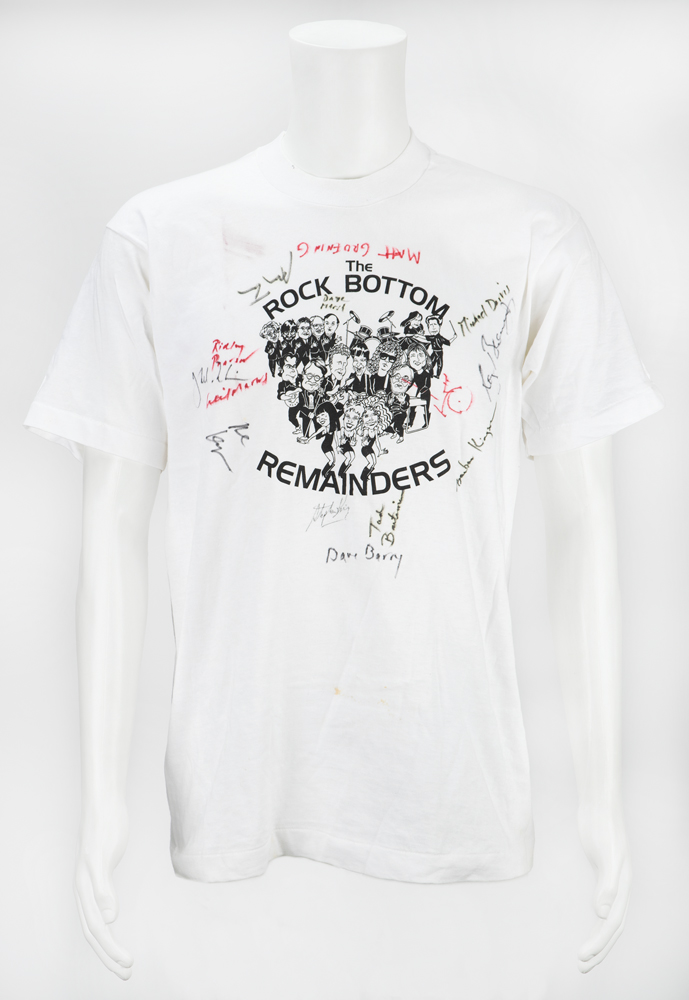 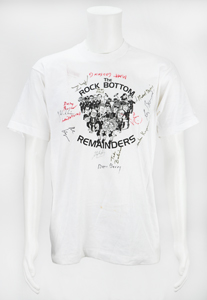 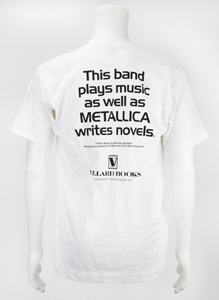 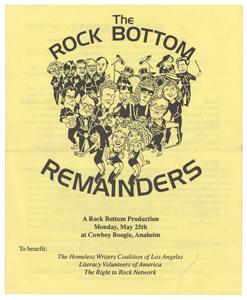 Large white t-shirt for the rock charity supergroup The Rock Bottom Remainders, with the front featuring a caricature of the full band, which is signed in black and red felt tip by 14 members, including: Stephen King, Matt Groening, Dave Barry, Amy Tan, Ridley Pearson, Joel Selvin, Roy Blount, Jr., Barbara Kingsolver, Robert Fulghum, Tad Bartimus, Al Kooper, Michael Dorris, Greil Marcus, and Dave Marsh. The back of the shirt reads: “This band plays music as well as Metallica writes novels.” The consignor notes that the signatures were obtained at a charity concert held at the Cowboy Boogie in Anaheim on May 25, 1992. In fine, never-worn condition, with a couple stains and smudges, and light haloing to black felt tip signatures. Accompanied by the original program from the concert, as well as by a letter of provenance from the original recipient, an in-house freelancer for the Los Angeles bureau of Newsweek Magazine who covered the concert.