"The bank of The United States will not be rechartered, and gentlemen speculate on a great rise in state stock" 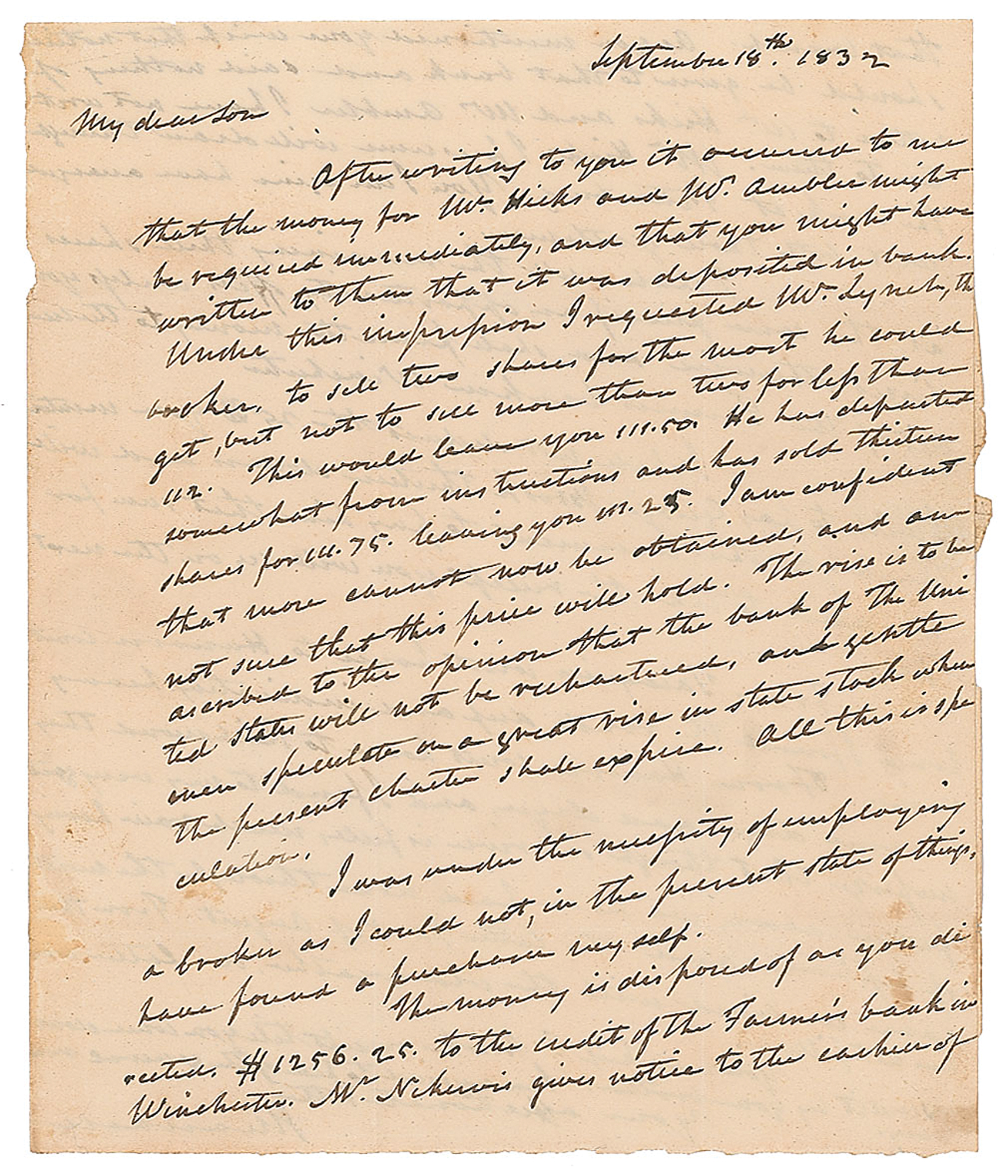 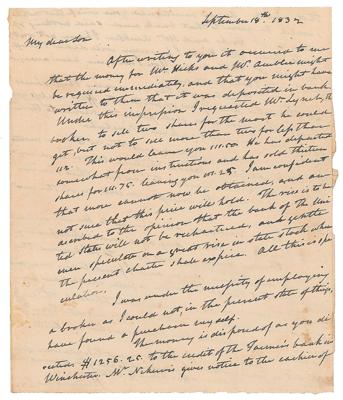 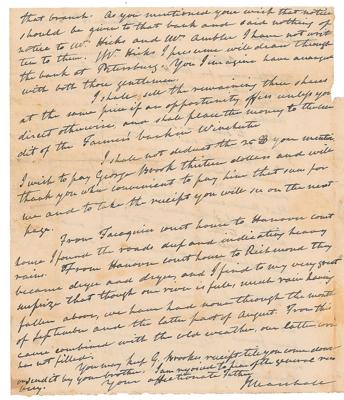 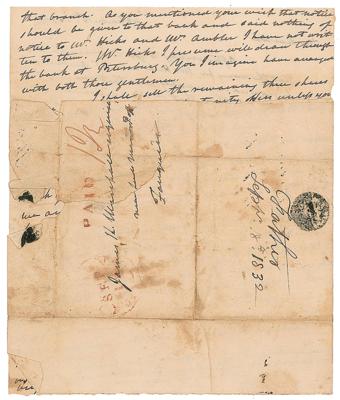 "The bank of The United States will not be rechartered, and gentlemen speculate on a great rise in state stock"

ALS signed “J. Marshall,” one page both sides, 6.25 x 7.5, September 18, 1832. Letter to his son, James K. Marshall, concerning the sale of some bank stock. In part: "After writing to you it occured to me that the money for Mr. Hicks and Mr. Ambler might be required immediately, and that you might have written to them that it was deposited in the bank. Under this impression I requested Mr. Lynch, the broker, to sell two shares for the most he could get, but not to sell more than two for less than 112…He has departed somewhat from instructions and has sold thirteen shares for 111.75…I am confident that more cannot now be obtained, and am not sure that this price will hold. The rise is to be ascribed to the opinion that the bank of The United States will not be rechartered, and gentlemen speculate on a great rise in state stock when the present charter shall expire. All this is speculation…I shall sell the remaining three shares at the same price if an opportunity offers unless you direct otherwise, and shall place the money to the credit of the Farmer's bank in Winchester." Addressed on the integral leaf in Marshall's hand. In very good to fine condition, with a tear to the left edge, scattered light stains, and damage to the integral address leaf, including a tear and the top third trimmed off and not present.

Near the end of the 1832 presidential campaign between Henry Clay and Andrew Jackson, Marshall writes to his son regarding the sale of some state bank stock. Through James H. Lynch, a broker, Marshall sold several shares that had risen in value because speculators believed that the Second Bank of the United States would not be rechartered. Two months later, Andrew Jackson, who opposed the recharter, was elected president. The Second Bank of the United States became private in 1836, and it was liquidated in 1841.