"I see that the Union speaks hopefully with regard to Kansas," writes Pierce from Madeira, "I hope there are good grounds for such sanguine expectations" 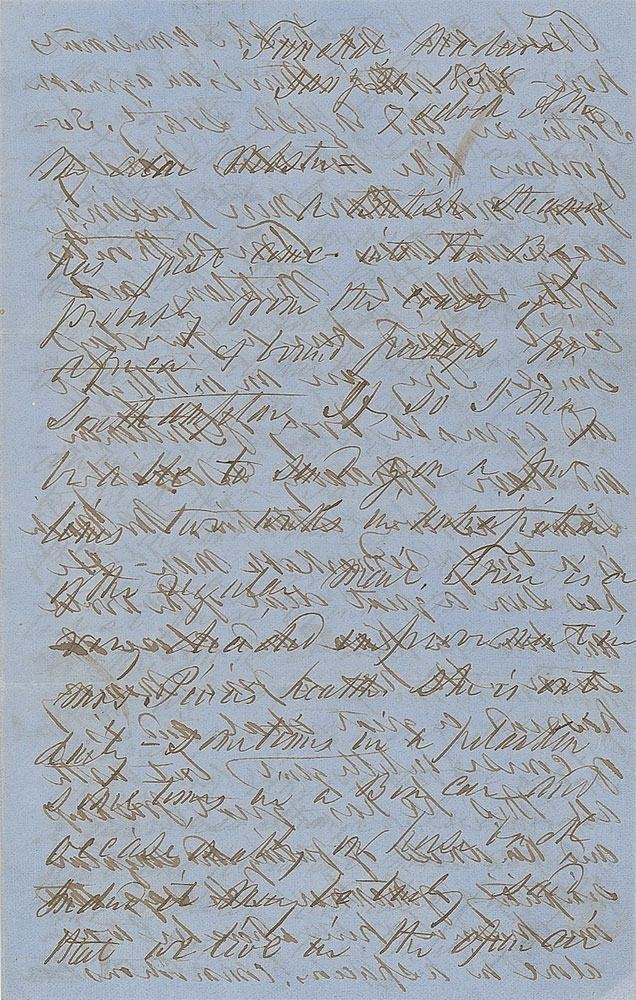 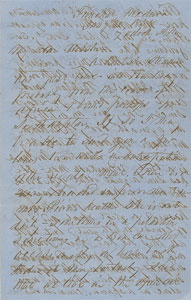 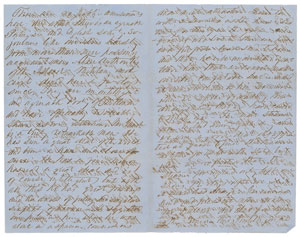 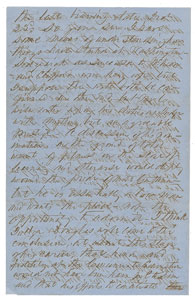 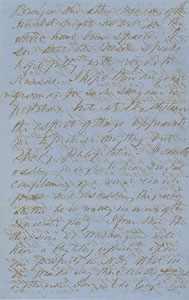 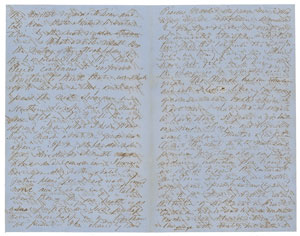 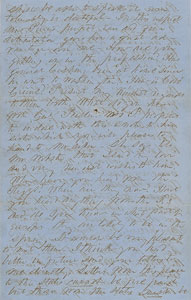 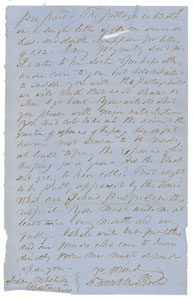 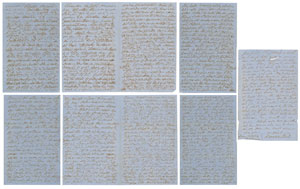 "I see that the Union speaks hopefully with regard to Kansas," writes Pierce from Madeira, "I hope there are good grounds for such sanguine expectations"

ALS, nine total pages, 5 x 8, January 20, 1858. Lengthy letter to his former private White House secretary Sidney Webster, in part: "A British steamer has just come into the bay probably from the coast of Africa & bound perhaps for Southampton. If so I may be able to send you a few lines two weeks in anticipation of the regular mail. There is a very decided improvement in Mrs. Pierce's health. She is out driving, sometimes in a phaeton, sometimes in a box car and occasionally on horseback. Indeed it may be truly said that we live in the open air. There are no public amusements here and altho' there is an agreeable Portuguese and English society sojourners like ourselves hardly form more than mere passing acquaintances…The mail steamer from England arrived yesterday and we were a great deal disappointed at first to find that there were no letters for us from the States but when we reflected that the steamer for England only left our shores twelve days after we did it seemed less strange. I've received a kind and pleasant note from Mr. Dallas and also four copies of the Times and Intelligencier the last bearing date Dec'r 23rd so you see I have some means of understanding how things have started at Washington. Sedgewick as successor to McKean and Clifford was hung up, but I suppose they will both be confirmed in the end but Mr. C. will enter upon his duties as judge with everything but an agreeable prestige…I see that the Union speaks hopefully with regard to Kansas. I hope there are good grounds for such sanguine expectations, but at this distance the aspect of things appears to me to promise anything but…pacification. It sounds oddly enough to hear Douglas complaining of a venal & servile press and discussing the question whether he is really in or out of the Democratic Party? I fear that the divisions at Washington will have a blighting influence upon our prospects in N.H. What do our friends say there? Are they hopeful or otherwise?…I incline to think that we shall go to Lisbon in May or June and pass the next summer in Northern Europe and the winter in Italy. But all this will depend upon what I hear from Judge Minot about my financial affairs. If my stocks do not pay dividends I must go home and economize. I would have you say nothing about my future plans for I have really formed none and it is too early to talk about them. My own health is as usual perfect, and I was perhaps never more happy in my life than at present…The last ten months comprise the only period in twenty-four years when I have not felt in a hurry and the change is as agreeable and is great. Mr. March has an extensive and well selected library containing of course many books which I have never read though I ought to have done so years ago, but one needs change and requires some regular mental occupation." In very good to fine condition, with creasing to the signature, a small area of paper loss to the last page, and overall show-through from writing on reverse.

After leaving the White House Pierce spent much of his time tending to his wife, Jane, who was dying slowly of tuberculosis. The couple spent the winter of 1857-58 in the Portuguese islands of Madeira, where they studied French in anticipation of a tour of the continent. Their European travels during 1858-59 took them to Switzerland, Italy, Paris, and London, and when they returned stateside Pierce busied himself by purchasing various pieces of property in his home state of New Hampshire. He also kept up a steady stream of political correspondence and, before he and Jane left to spend the winter of 1859-60 in the Bahamas, Pierce wrote to his former secretary of war, Jefferson Davis, urging him to be the Democratic Party's 'standard bearer in 1860.'