Supremely rare signatures of Mao Zedong and Zhou Enlai, along with over 30 other international figures 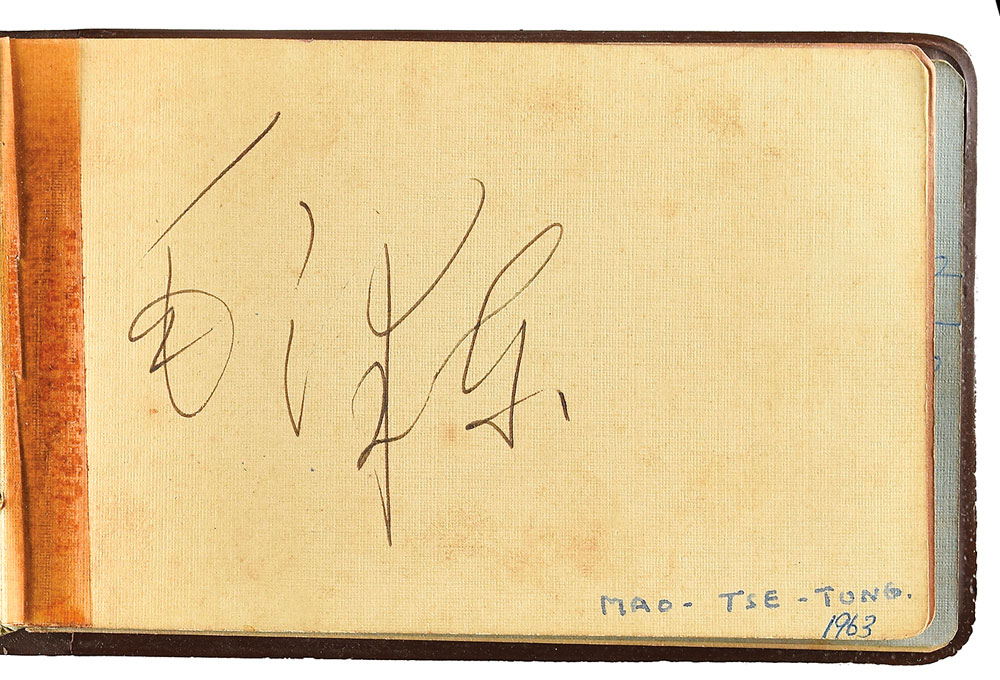 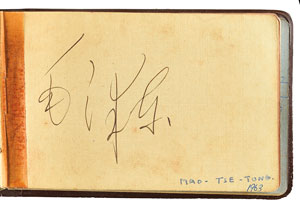 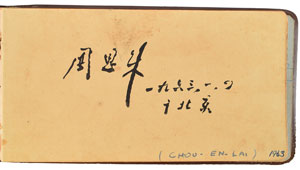 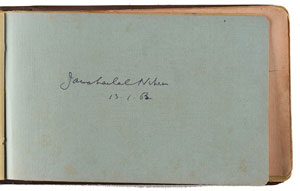 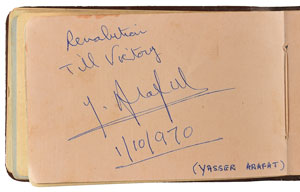 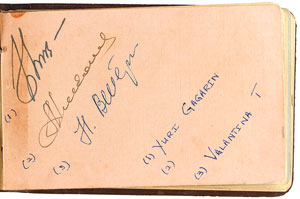 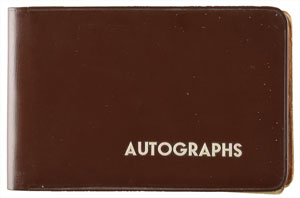 Supremely rare signatures of Mao Zedong and Zhou Enlai, along with over 30 other international figures

Autograph book filled with 32 signatures from historical figures dating between September 1962 and September 1989, 5.5 x 3.5, highlighted by the immensely rare and sought-after presence of Mao Zedong, who signs prominently in Chinese characters on a page nearer the end of the album, with collector’s notation below dating the autograph to 1963. In addition to Chairman Mao, the book also features several other significant and difficult-to-obtain autographs from a variety of influential public figures from around the globe, such as: Zhou Enlai (also dated to 1963), Indira Gandhi, Jawaharlal Nehru, Yasser Arafat (additionally inscribed "Revolution Till Victory"), Ne Win, Khin Kyi, (wife of Aung San), Bertrand Russell, Lord Mountbatten, Lester B. Pearson, cosmonauts Valentina Tereshkova, Andriyan Nikolayev, and Valery Bykovsky, and other statesmen and public figures from Sri Lanka, Indonesia, Cambodia, and elsewhere. The autograph book itself is presented in a brown plastic wallet. In overall very good to fine condition, with light soiling and partial detachment to most pages, an old strip of tape along the left edge of the Mao page, and a very strong mothball odor to the book itself.

The signatures in this album were collected by a member of the entourage of Sirimavo Bandaranaike, the world’s first female Prime Minister, who served three terms as the leader of Ceylon/Sri Lanka. Many of the more notable signatures, including that of Chairman Mao, derive from the period of the Colombo Conference in December 1962, which was an attempt to alleviate tensions between India and China in the wake of the Sino-Indian War of 1962. Bandaranaike and Chairman Mao held a conclave in China on January 8, 1963, in order to discuss the principles in Colombo, with the former flying to New Delhi afterwards (the date of Nehru's signature—January 13, 1963—coincides with her travel schedule). A magnificent offering that represents the first Mao autograph that we have ever offered.