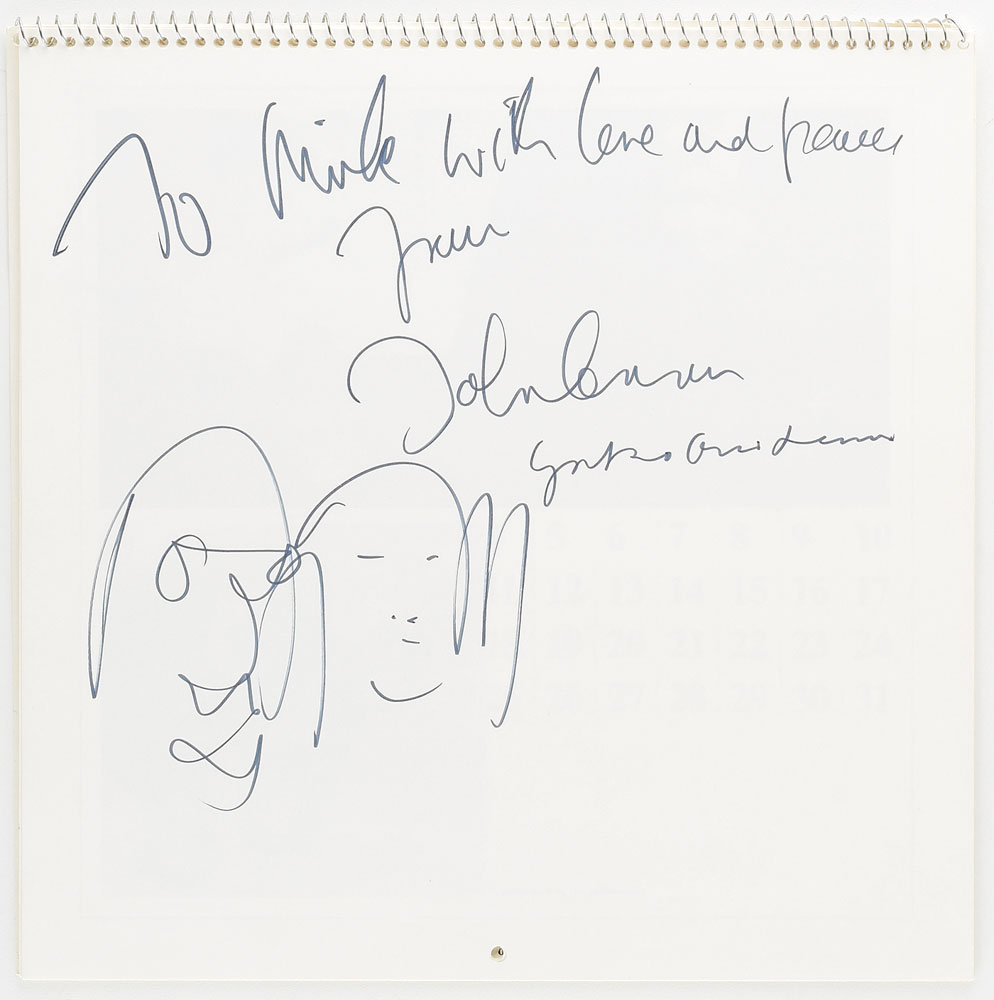 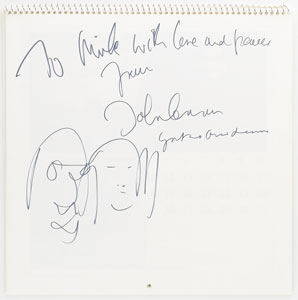 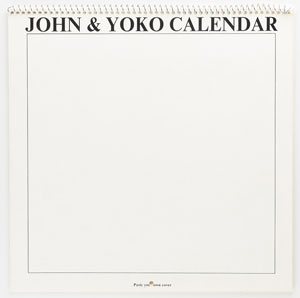 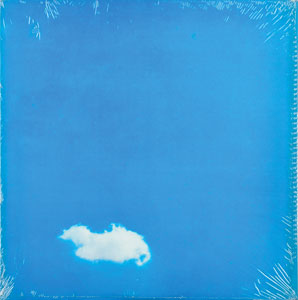 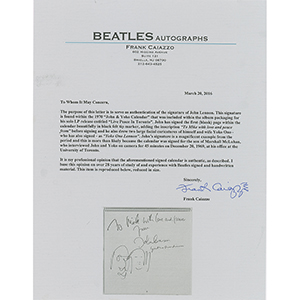 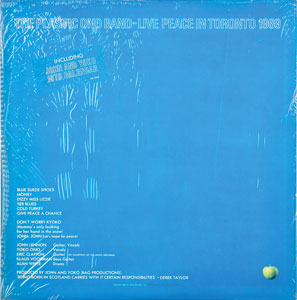 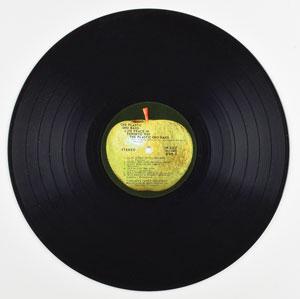 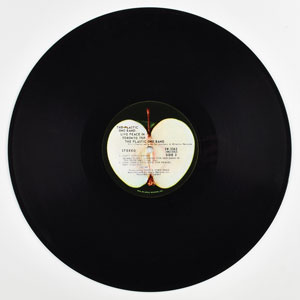 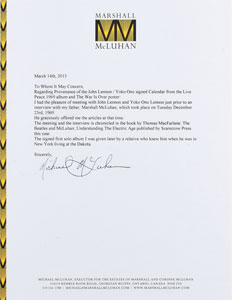 Spiral-bound John & Yoko calendar for 1970 originally packaged with the Plastic Ono Band’s 1969 live album Live Peace in Toronto 1969. The calendar measures 10.25 x 10.25 and is signed and inscribed on the first page in black felt tip, “To Mike with love and peace from John Lennon” and “Yoko Ono Lennon.” Additionally, John has added two large facial caricatures of himself and his wife below. The Live Peace in Toronto 1969 album and record are included, a Decca pressing retaining its original shrinkwrap (slit along the edge) with a transparent hype sticker on the reverse: "Including John and Yoko 1970 Calendar." In fine condition.

Accompanied by a letter of provenance from the original recipient, in part: “I had the pleasure of meeting with John Lennon and Yoko Ono Lennon just prior to an interview with my father, Marshall McLuhan, which took place on Tuesday December 23rd [sic], 1969. He graciously offered me the articles at that time. The meeting and the interview is chronicled in the book by Thomas MacFarlane: The Beatles and McLuhan; Understanding The Electric Age published by Scarecrow Press.”

A letter of authenticity from noted Beatles expert Frank Caiazzo and a certificate of authenticity from Tracks also accompany the calendar. The Caiazzo letter reads, in part: “John’s signature is a magnificent example from the period and this is more than likely because the calendar was signed for the son of Marshall McLuhan, who interviewed John and Yoko on camera for 45 minutes on December 20, 1969, at his office at the University of Toronto.” A portion of the Tracks certificate reads as follows: “The signatures were signed for Michael McLuhan, son of Marshall McLuhan. McLuhan interviewed the Lennons on 20th December 1969 at the Department of Culture and Technology, University of Toronto…The autographs are accompanied by a pen drive which shows the full interview.” The referenced “pen drive,” or USB flash drive, containing the McLuhan-Lennon interview is indeed included.

Lennon left the Beatles in September 1969, and directed his creative focus to projects with his new wife, Yoko Ono, which included the formation of The Plastic Ono Band. Lennon and Ono were vocal peace activists during this time period, and routinely combined advocacy with performance art. At the time of this proposed interview, Lennon and Ono paid for a campaign to construct billboards in 10 cities around the world, each one declaring, in the respective national language, 'War Is Over! If You Want It.'

In December 1969, Lennon and Ono returned to Canada for the final leg of their year long campaign for peace. Prior to a meeting with Prime Minister Pierre Trudeau, the couple traveled to the department of culture and technology at the University of Toronto to conduct an interview with revered author and media theorist Marshall McLuhan. CBS-TV, a US television network, scheduled and filmed the summit, which lasted approximately 45 minutes, but for reasons unknown, the interview never aired to the public. A remarkable memento from a pivotal moment in Lennon’s quest for peace, augmented furthermore by provenance direct from the McLuhan family—an astounding post-Beatles keepsake of the utmost rarity and importance.