Six moonwalkers sign a vintage "12 to the Moon" lobby card 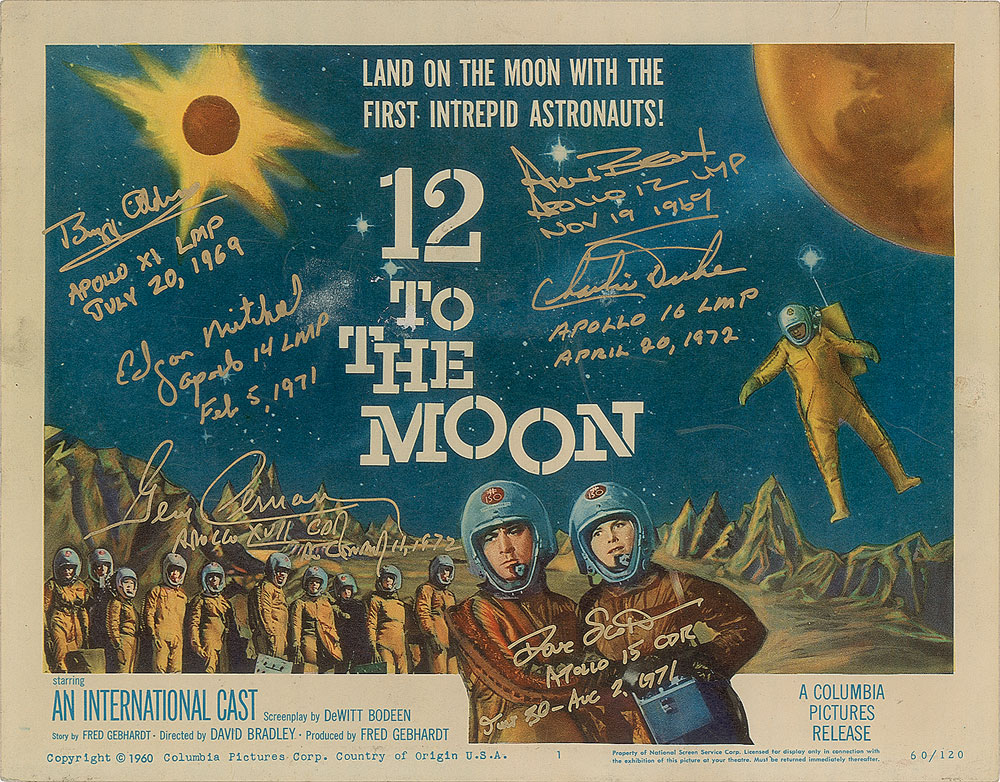 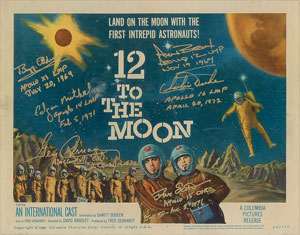 Previous Lot
Next Lot
This lot has closed
Estimate: $2000+

Six moonwalkers sign a vintage "12 to the Moon" lobby card

This sought-after lobby card bears an uncanny concordance with the actual outcomes of the Apollo program: it was released in 1960, long before anyone knew there would actually be twelve moonwalkers. Text at the top reads, "Land on the Moon with the First Intrepid Astronauts"—the name of the Apollo 12 Lunar Module was 'Intrepid.' Further, it was distributed by 'Columbia'—the name of the Apollo 11 Command Module. An immensely desirable item that boasts classic sci-fi artwork and a truly amazing sextet of moonwalker autographs, with each astronaut adding their mission, position, and landing date.