Writing in 1861 of the “terrible national calamity impending over us,” Lee reflects: “Yet how happy are the dead, & how much distress have they been spared” 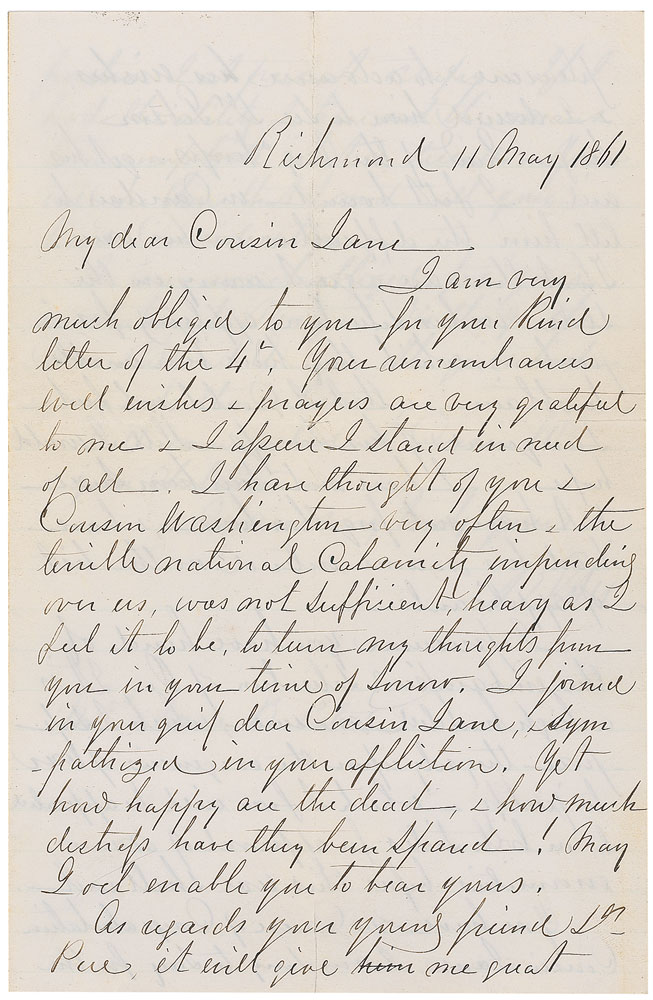 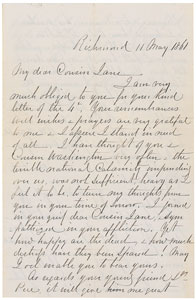 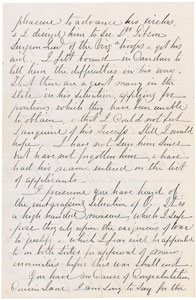 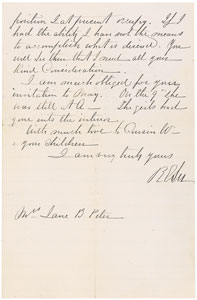 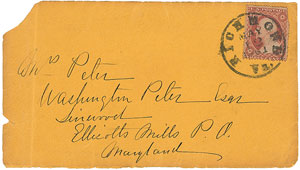 Previous Lot
Next Lot
This lot has closed
Estimate: $3500+

Writing in 1861 of the “terrible national calamity impending over us,” Lee reflects: “Yet how happy are the dead, & how much distress have they been spared”

Incredible war-dated ALS signed “R. E. Lee,” three lightly-lined pages on two adjoining sheets, 5.25 x 8, May 11, 1861. Letter to his cousin Jane B. Peter. In full: “I am very much obliged to you for your kind letter of the 4th. Your remembrances well wishes & prayers are very grateful to me & I assure I stand in need of all. I have thought of you & Cousin Washington very often & the terrible national calamity impending over us, was not sufficient, heavy as I feel it to be, to turn my thoughts from you in your time of sorrow. I joined in your grief dear Cousin Jane, sympathized in your affliction. Yet how happy are the dead, & how much distress have they been spared! May God enable you to bear yours.

As regards your young friend…it will give me great pleasure to advance his wishes & I desired him to see Dr. Gibson, Surgeon Gen; of the Virga troops & get his aid. I felt bound in cander [sic] to tell him the difficulties in his way. That there are a great many in the state in his situation, applying for positions which they have been unable to obtain, & that I could not feel sanguine of his success. Still I would hope. I have not seen him since but have not forgotten him, & have had his name entered on the list of applicants.

I presume you have heard of the embarassing [sic] situation of O. It is a high handed measure, which I suppose they rely upon the exigencies of war to justify, & which I fear will be appealed to on both sides for approval of many enormities before this war shall end.

You have no cause of congratulation Cousin Jane, I am long to say for the position I at present occupy. If I had the ability I have not the means to accomplish what is desired. You will see then that I need all of your kind consideration.

I am much obliged for your invitation to May. On the 9th she was still at A. The girls had gone to the interior. With much love to Cousin W & your children.” Accompanied by the original mailing envelope addressed in Lee’s hand to “Mrs. Peter, Washington Peter Esqr., Linwood, Ellicotts Mills P. A., Maryland.” In fine condition, with a few short fold splits.

Lee wrote this letter to his cousin in May 1861, only weeks after resigning his commission in the Union army and taking command of the Virginia state militia. As this correspondence indicates, the decision to side with his state continued to agonize him. Privately, he had denounced secession as revolution, and desired a peaceful resolution between the North and South. ‘I can anticipate no greater calamity for the country than a dissolution of the Union,’ he had written to his son. But by the spring of 1861, the “terrible national calamity” was imminent and he chose to stand by his native Virginia.

His decision had almost immediate consequences, beginning with the loss of his home. The “embarassing situation of O” likely refers to his wife’s cousin, Orton W. Williams, who alerted her that Union forces would soon occupy the Lee estate in Arlington. Concerned with the safety of his family, Lee urged his wife and daughters to leave the mansion overlooking the Potomac. “The girls had gone to the interior” while his wife managed the removal of family heirlooms to safety. Soon after, in what Lee terms a “high handed measure,” the Union Army occupied the Lee estate, using the mansion as the headquarters of the Union Army of Northeastern Virginia. Lee never set foot on the property again.

Lee letters of this significance rarely come to market, and his candid discussion of the impending conflict and the loss of his family estate make this an exceptionally desirable example.