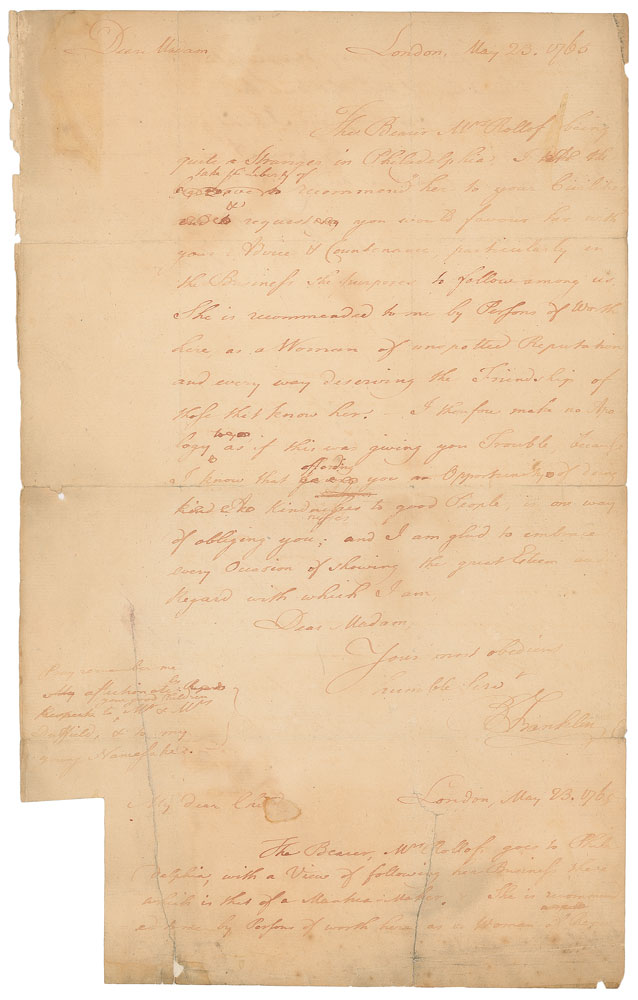 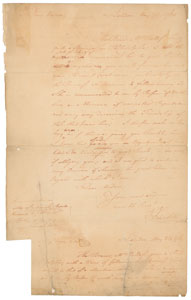 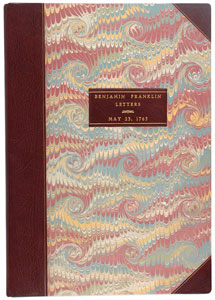 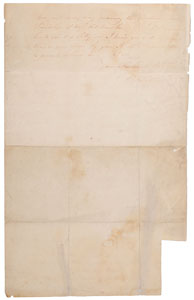 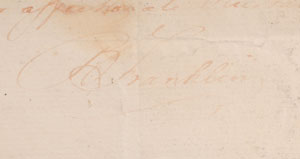 Two ALSs written consecutively on both sides of a single sheet, both signed “B. Franklin,” 7.75 x 12.5, May 23, 1765. The first, addressed “Dear Madam,” in part: “The Bearer, Mrs. Rollof being quite a stranger in Philadelphia I hope you take the liberty of recommending her to your Civilities & requesting you could favour her with your Advice and Countenance, particularly on the Business to follow among us. She is recommended to me by Persons of worth here, as a woman of unspotted reputation and every way deserving the Friendship of those who know her. I therefore make no Apology as if this was giving you Trouble because I know that affording you an opportunity of doing this As Kindness to good people, is one way of obliging you.”

The second, written directly below the first and continuing onto the reverse, is addressed to his wife, in part: “The Bearer, Mrs. Rollof goes to Philadelphia, with a view of following her Business there which is that of a Mantle-Maker. She is recommended here by Persons of worth as a woman of Reputation, and in every way deserving the Countenance and Friendship of those that know her. As such I recommend her to you and to Sally and I know you will do everything in your power by your Advice and Recommendation to promote and serve her.” In very good condition, with partial separations to central horizontal fold, two large repaired tears extending from the bottom edge through portions of the text, light soiling and staining, a block excised from the lower left corner, and overall writing a few shades light. Accompanied by a handsome custom-bound presentation folder.

Originally sent to London to petition the king to make Pennsylvania a Royal colony rather than a proprietary province, Franklin’s mission shifted focus with Parliament’s passing of the Stamp Act in March of 1765, set to take effect in November. With his strong opposition to the Act he emerged as the leading spokesman for American interests in England, and his efforts helped build support for its repeal a year later. A precursor to the Townshend Acts and the Tea Act, the Stamp Act reverberated over the course of the next decade in the slogan ‘no taxation without representation,’ the driving force behind the Revolution. A fantastic twice-signed piece from an important time in America’s journey towards independence.