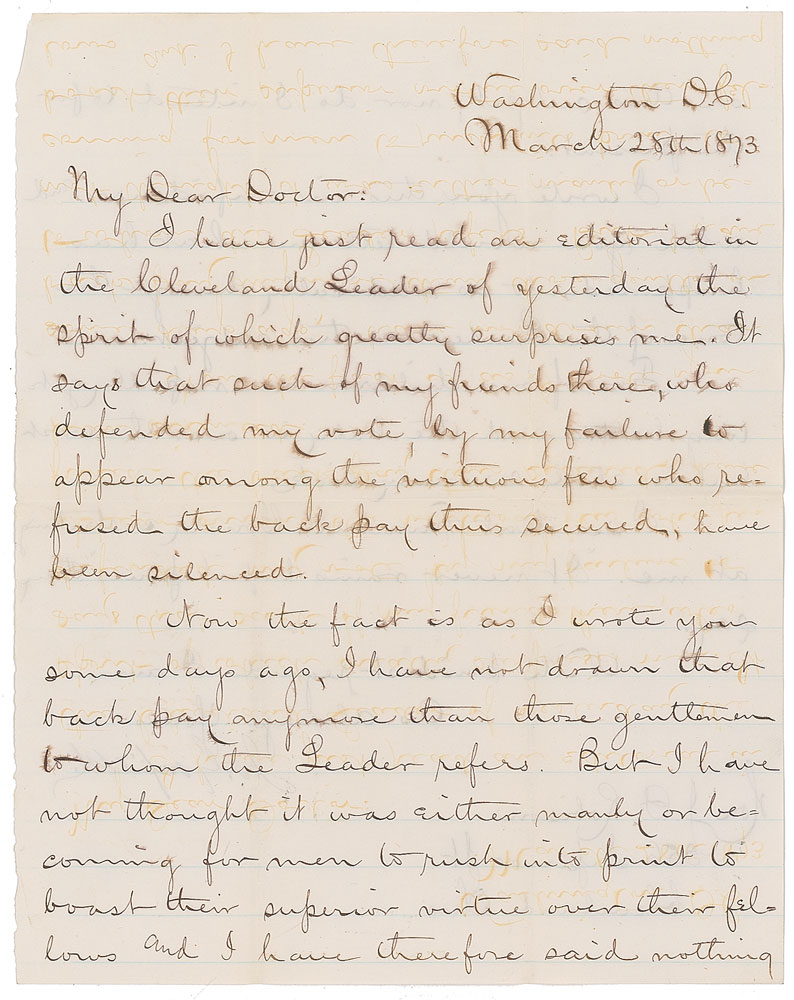 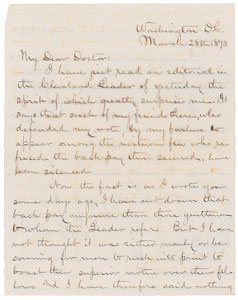 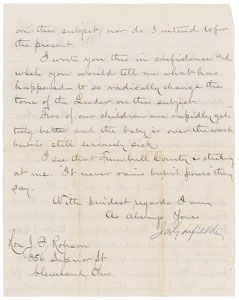 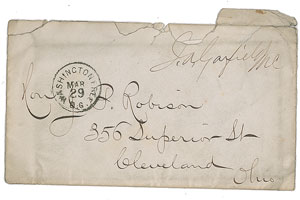 LS signed “J. A. Garfield,” one page both sides, 7.75 x 9.75, March 28, 1873. Letter to the Hon. John Peter Robison in Cleveland, in part: "I have just read an editorial in the Cleveland Leader of yesterday the spirit of which greatly surprises me. It says that such of my friends there, who defended my vote, by my failure to appear among the virtuous few who refused the back pay thus secured, have been silenced. Now the fact is as I wrote you some days ago, I have not drawn that back pay any more than those gentlemen to whom the Leader refers. But I have not thought it was either manly or becoming for men to rush into print to boast their superior virtue over their fellows and I have therefore said nothing on this subject; nor do I intend to for the present. I write you this in confidence and wish you would tell me what has happened to so radically change the tone of the Leader on this subject. Two of our children are rapidly getting better and the baby is over the worst but still seriously sick. I see that Trumbull County is striking at me. 'It never rains but it pours' they say." Includes its original mailing envelope, franked in the upper right by Garfield, "J. A. Garfield, MC." In fine condition, with intersecting folds, and tear through the franking signature of the accompanying envelope.

Congressman Garfield makes reference to the 'Salary Grab Act,' passed on March 3, 1873, the day before President Grant's second inauguration. The act doubled the salaries of the president and Supreme Court justices, and granted a 50% increase to the then-serving members of Congress, retroactive to the beginning of their two-year term—in effect, this gave every member of Congress a $5,000 bonus. Public outcry led Congress to rescind the congressional salary increase, and as a protest against the act, Garfield's native Ohio ratified what would become the Twenty-seventh Amendment.