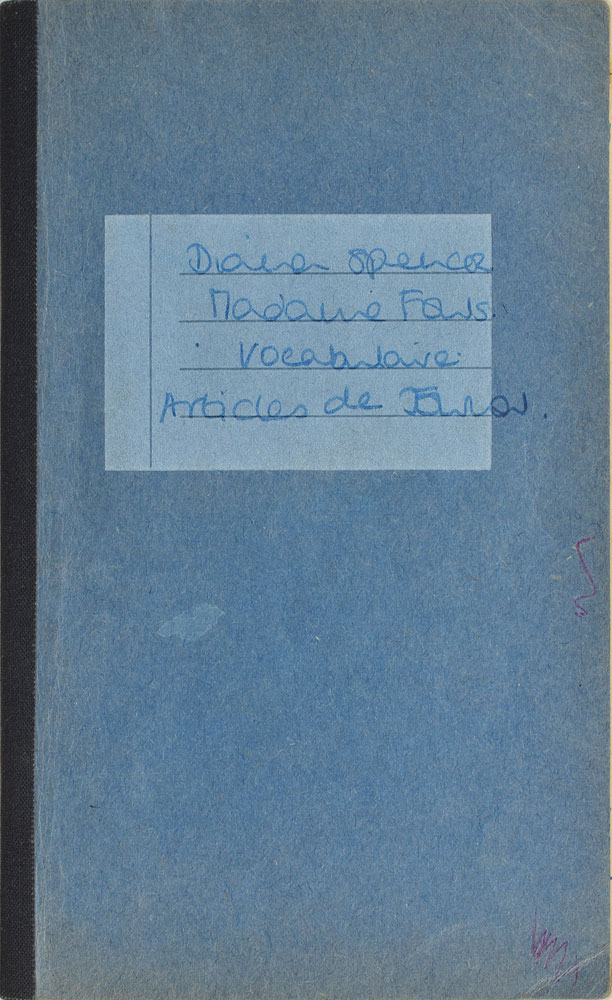 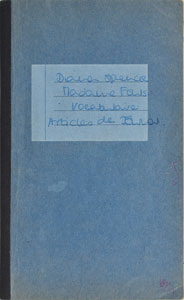 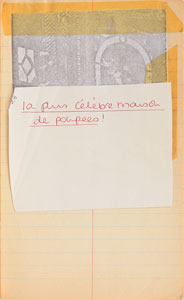 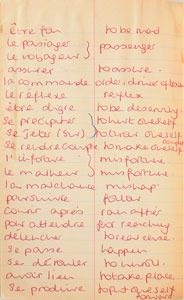 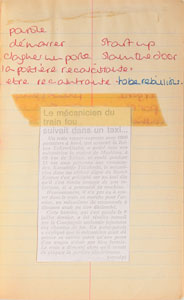 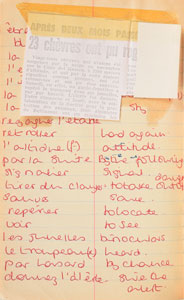 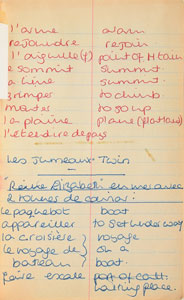 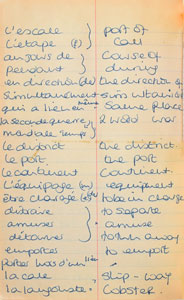 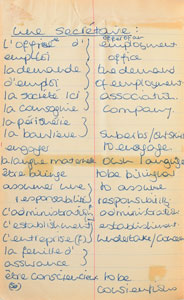 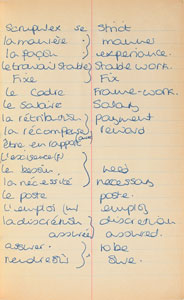 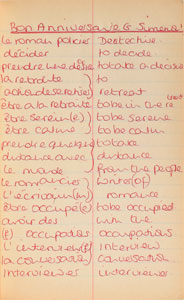 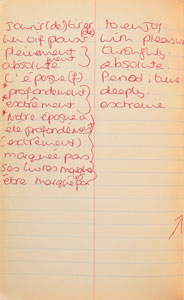 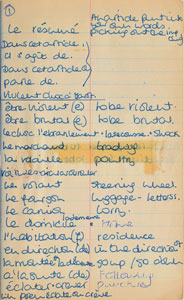 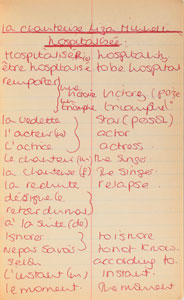 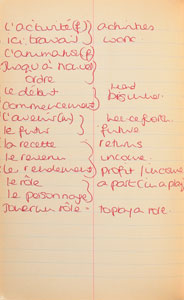 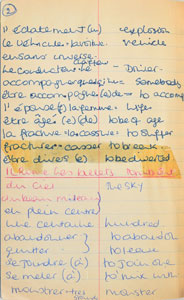 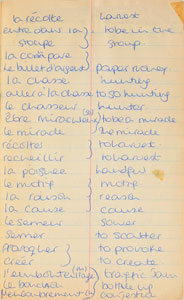 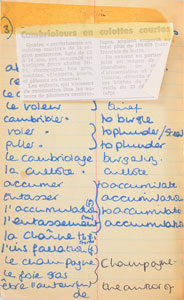 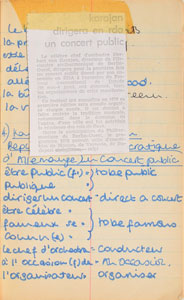 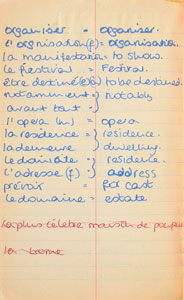 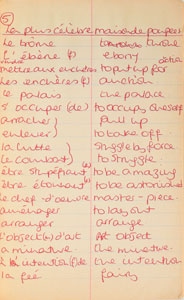 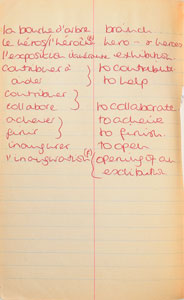 Remarkable circa 1978 handwritten French vocabulary notebook from her time at Swiss finishing school, 4.25 x 6.75, marked on the front cover in her own hand, "Diana Spencer, Madame Fowls Vocabulaire, Articles de Fowlor." Inside are a total of 19 pages full of handwritten notes (most double-sided), plus a couple of additional lines, consisting of translations of vocab words from French to English. Affixed throughout are small photocopies of short French articles, apparently used in her class. In fine condition, with a few tape stains to inner pages. Accompanied by a letter of provenance from Sally Fell, the head chef at Althorp, in part: "I was employed as head chef at Althorp House during the 1980s when Diana, Princess of Wales, was a regular visitor. During this period Raine Spencer was in the process of totally redecorating Althorp in her own style. As Diana now permanently resided in London, one of the rooms listed for redecoration was her old bedroom and the butler at the time, Carl Ackerman, was instructed to remove all of Diana's belongings and offer them to the staff, or dispose of them if no interest was shown. All the items were placed on a long table in the courtyard, and we the staff were invited to take what we wished, which is how I came to possess Diana's French vocabulary school book." We know of only one other example of Diana's schoolbooks to be held in private hands. Diana attended Institut Alpin Videmanette, a finishing school in Rougemont, Switzerland, for one term in 1977-1978. It was during this period that she was first introduced to Prince Charles, who was dating her older sister Sarah. Their relationship lasted only briefly before dissolving over some of Sarah's comments reported in the gossip columns. Diana and Charles's relationship blossomed in 1980, and they got married in 1981. A truly remarkable Diana piece, filled with her teenage handwriting.