Kennedy writes from Hyannis Port on Jackie's stationery, a month before agreeing to back surgery 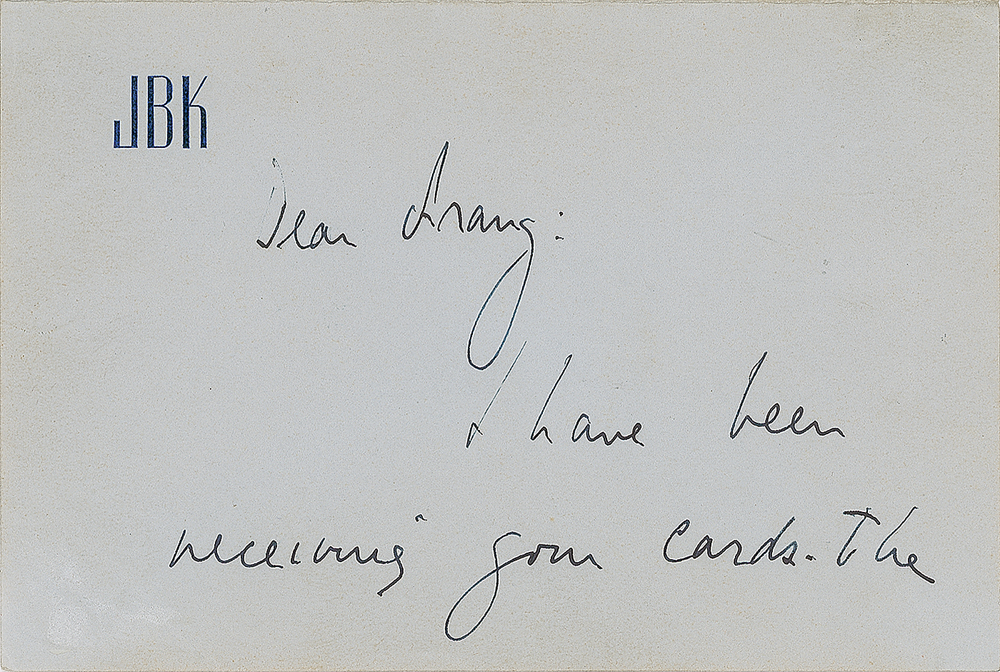 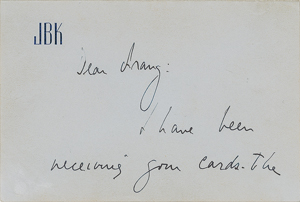 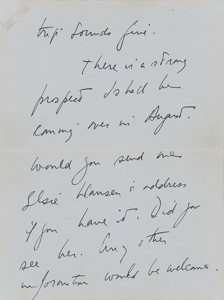 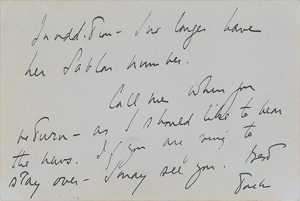 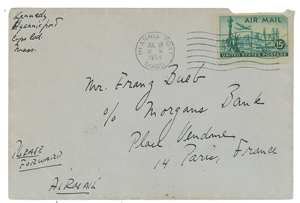 Kennedy writes from Hyannis Port on Jackie's stationery, a month before agreeing to back surgery

ALS signed “Jack,” three pages on two adjoining sheets, 5.75 x 3.75, Jacqueline Kennedy's personal stationery letterhead, postmarked Hyannis Port, July 19, 1954. Letter to German-born artist Franz Bueb in Paris, France, in full: "I have been receiving your cards. The trip sounds fine. There is a strong prospect I shall be coming over in August. Would you send me Elsie Hansen's address if you have it. Did you see her. Any other information would be welcome. In addition—I no longer have her Sablon number. Call me when you return—as I should like to hear the news. If you are going to stay over—I may see you." In fine condition, with a small tape remnant to one blank corner. Accompanied by the original mailing envelope addressed in Kennedy's hand, incorporating his surname in the return address field, "Kennedy, Hyannisport, Cape Cod, Mass."

Senator Kennedy's chronic back pain in the summer of 1954 effectually postponed any aspirations of his traveling to France. Instead, while residing at his Hyannis Port compound in late August, a team of physicians from Boston's Lahey Clinic paid him a visit. They offered Kennedy surgical details, a procedure to achieve spinal and sacroiliac fusions that would potentially strengthen his back. After a series of postponements, the three-hour operation took place on October 21, and a metal plate was inserted to stabilize Kennedy's lower spine. The surgery could hardly be considered a success, and Kennedy would undergo another operation to have the plate removed the following February. It was during this period of convalescence that Kennedy began working on his Pulitzer Prize-winning volume Profiles in Courage. Bueb was a German-born artist who taught painting to Jacqueline Kennedy during the 1950's and 1960's. Bueb painted many portraits of the future first lady, as well as various landscapes of Chatsworth, England, the former home of John F. Kennedy’s late sister Kathleen.