Extremely rare letter to the man who typed ‘Schindler’s List’ 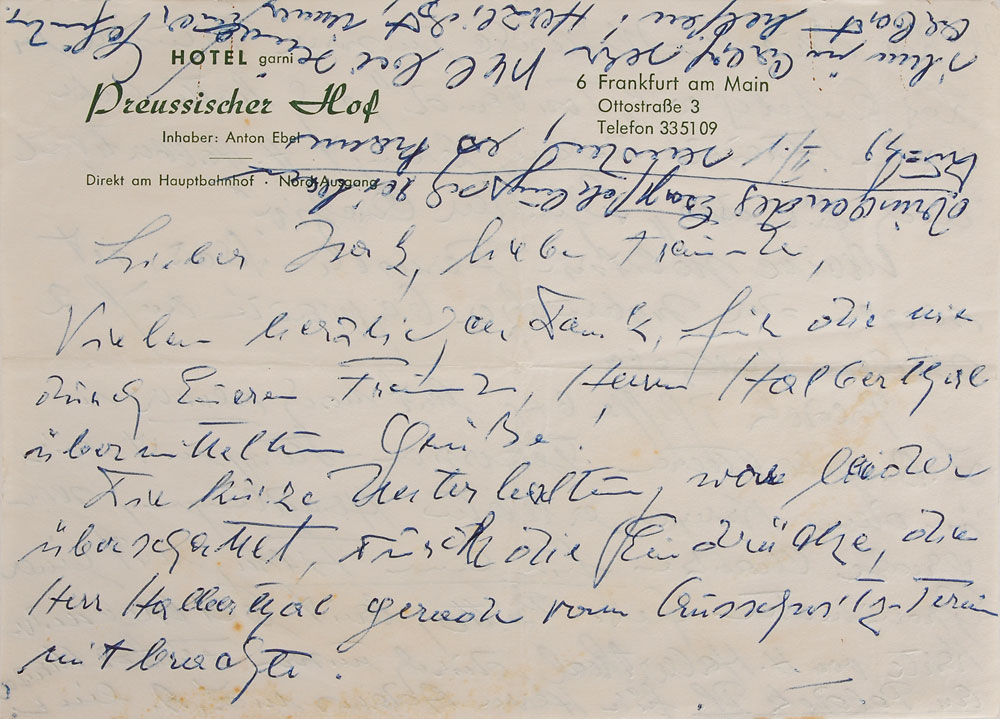 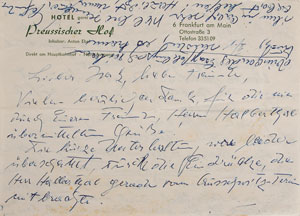 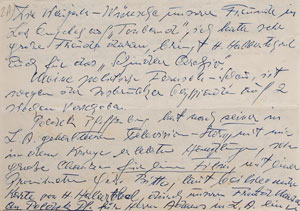 Extremely rare letter to the man who typed ‘Schindler’s List’

ALS in German, signed upside down at the top of the first page, “Schindler,” one page both sides, 8.25 x 6, Hotel Garni Preussischer Hof letterhead, no date but probably circa 1964. Letter to Itzhak Stern, in full (translated): "Many thanks for the friendly greetings, which I also received from your friend, Mr. Hollerthal! The short conversation was unfortunately overshadowed by the impressions that Mr. Hollerthal got from the Auschwitz event. Our friends in Los Angeles recorded their best wishes for the New Year on an ‘audio tape’ which made me very happy. Mr. Hollerthal will bring it to you as a contribution to the ‘Schindler Archive.’ My political television program has been delayed for two weeks due to the Innsbruck affair. After his television program, produced in Los Angeles, which included things that I witnessed during the war, Poldek Pfefferberg now has a chance to produce a motion picture. Please send my card from H. Hollerthal to Poldek PF. for Mr. Adams to read in L.A.” Inverted at the top of the first page, Schindler concludes: “Please send the above-mentioned letter of recommendation too. I could help him a lot in his work.” In fine condition, with scattered foxing.

A significant letter, this was penned to his friend Itzhak Stern, who had been an accountant at Schindler’s famous enamelware factory in Krakow; Stern is said to have typed the iconic list of Jewish workers known as ‘Schindler’s List.’ Additionally, he mentions Poldek Pfefferberg, one of Schindler’s employees who was saved from the Holocaust through his heroic actions. Pfefferberg moved to Los Angeles in 1950 and was Schindler’s greatest advocate in America, pitching his story to studios for decades before ultimately inspiring author Thomas Keneally to write Schindler’s Ark. Pfefferberg had previously approached Fritz Lang about the project in 1951, and on Pfefferberg's initiative in 1964, Schindler received a $20,000 advance from MGM for a proposed film treatment of his story—neither film, however, came to fruition. With the additional mention of an “Auschwitz event,” this Schindler letter boasts ideal content in addition to its intrinsic rarity. Pre-certified PSA/DNA.