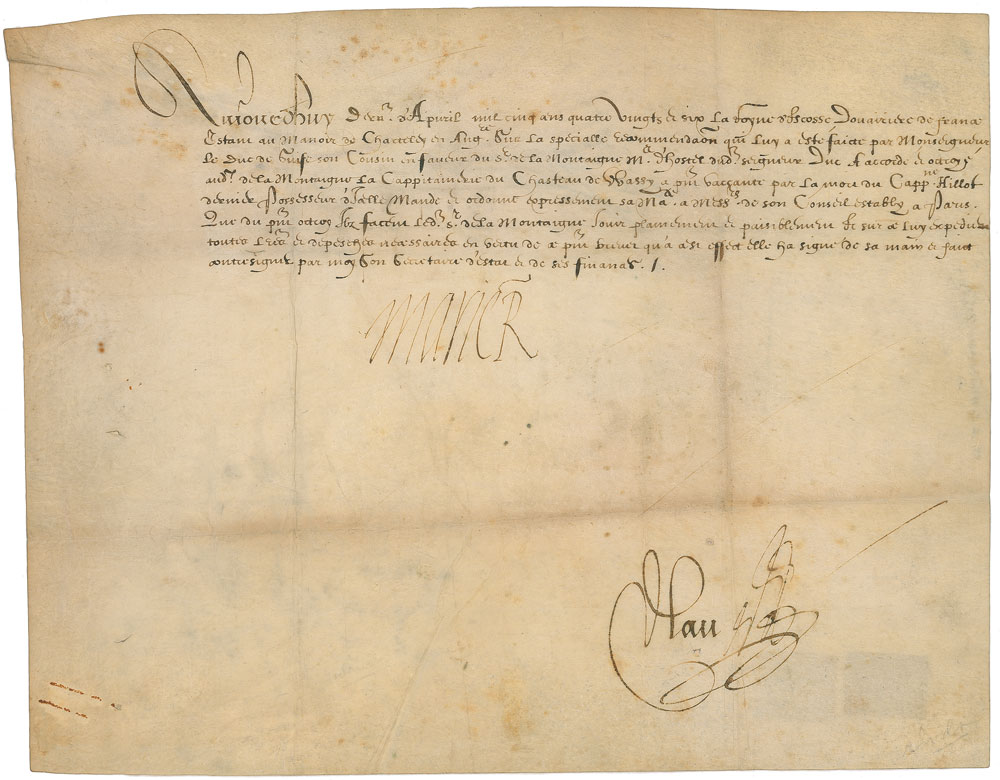 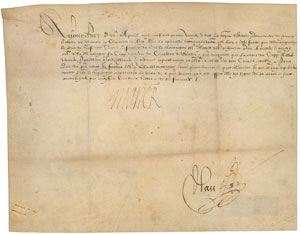 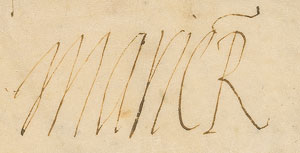 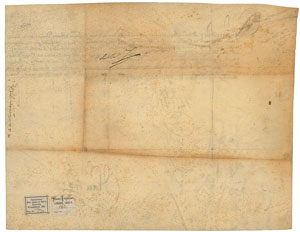 This document dates to near the end of Mary’s life while she was imprisoned at Chartley Castle in Staffordshire by her cousin, Queen Elizabeth I of England. In 1560, Mary had been granted the right to the profits of Wassy, located in eastern Champagne, France, as part of her jointure as widow of the recently deceased French King Francis II, and the rights were being managed on her behalf by her uncle Francis, Duke of Guise. In 1562, Wassy was the site of a notorious massacre of Huguenots by troops under Francis, and sparked the bloody French Wars of Religion. At the time of the massacre, the recipient of this grant, Jacques de la Montaigne, was a resident of Wassy and the duke’s maitre d'hotel—he was undoubtedly present at the massacre and is described in one source as its 'author and solicitor.' Francis was assassinated in 1563, and his son Henry succeeded him as Duke of Guise, as this document indicates. Just four months after signing this document, Mary was implicated in the Babington Plot to assassinate Queen Elizabeth and assume her place on the English throne—for her complicity in the scheme, Mary, Queen of Scots, was put to death on February 8, 1587.