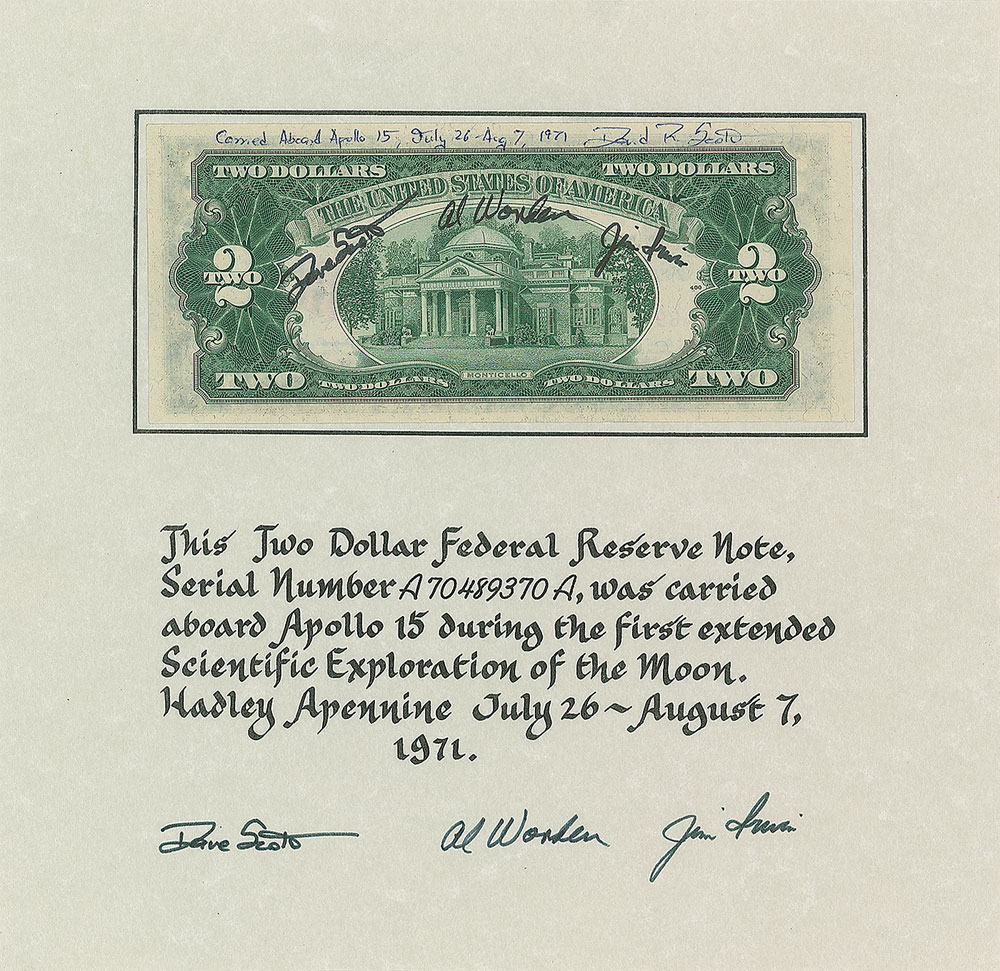 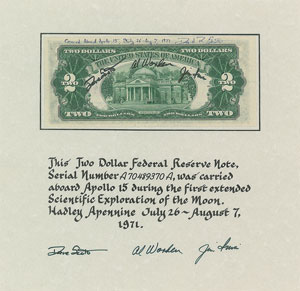 Flown Series 1953B two dollar bill, serial number A70489370A, signed and flight-certified across the top of the reverse in blue ballpoint, “Carried aboard Apollo 15, July 26–Aug 7, 1971, David R. Scott,” and also signed in black felt tip by the full crew, “Dave Scott,” “Al Worden,” and “Jim Irwin.” Includes a presentation certificate with an area intended to display the bill, also fully signed in black felt tip by the crew, in full: “This Two Dollar Federal Reserve Note, Serial Number A70489370A, was carried aboard Apollo 15 during the first extended Scientific Exploration of the Moon. Hadley Apennine July 26–August 7, 1971.” In fine condition. Accompanied by a signed letter of authenticity from Dave Scott, in part: “I hereby certify that the US Two Dollar Bill ($2), Serial number A 70489370A, included with this letter was carried aboard the Apollo 15 ‘Endeavour’ for six days in lunar orbit during Apollo 15, the first extended scientific exploration of the Moon, July 26-August 7, 1971…This US Two Dollar bill ($2) is signed on the reverse by all three crew members…; with an additional certification signed on the reverse by the Commander, David R. Scott…This US Two Dollar bill…has been in my personal collection since returning to Earth.” Carried as a good luck symbol on many space flights, a total of fifty two-dollar bills were flown to lunar orbit on this mission. Another package of currency was taken to the lunar surface, but accidentally left behind. A choice example of this sought-after format. Pre-certified Zarelli Space Authentication.