“I vanish 12 elephants per week, and twill be hard to continue, as they may get scarce” 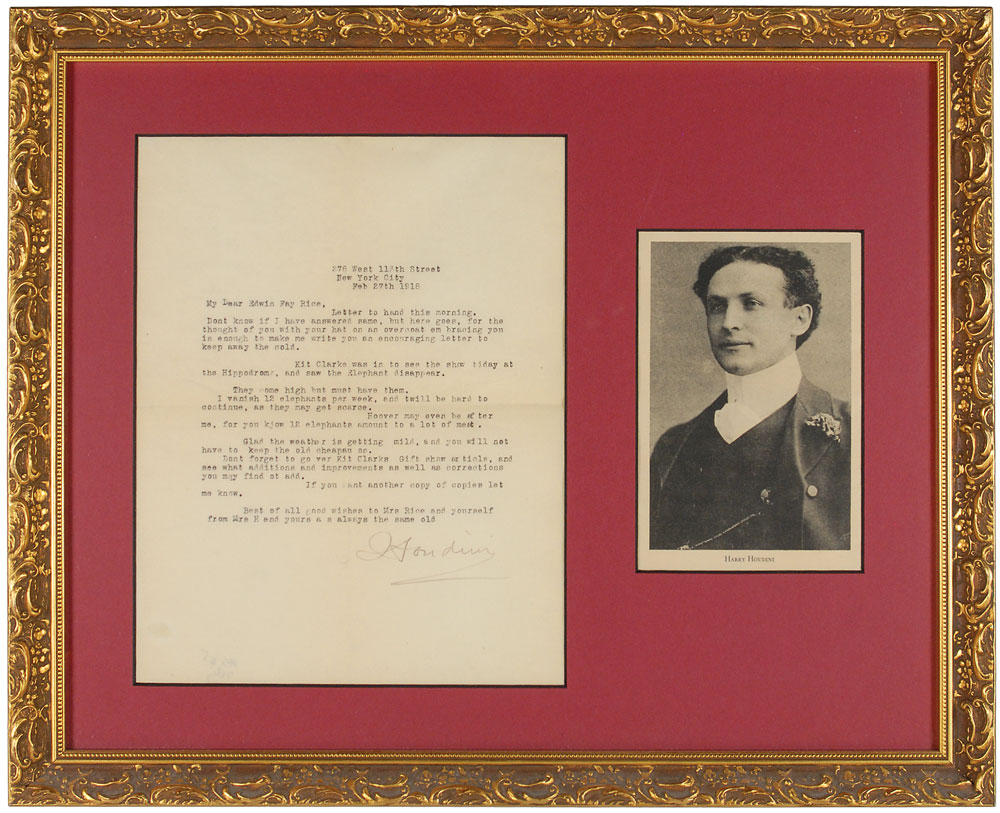 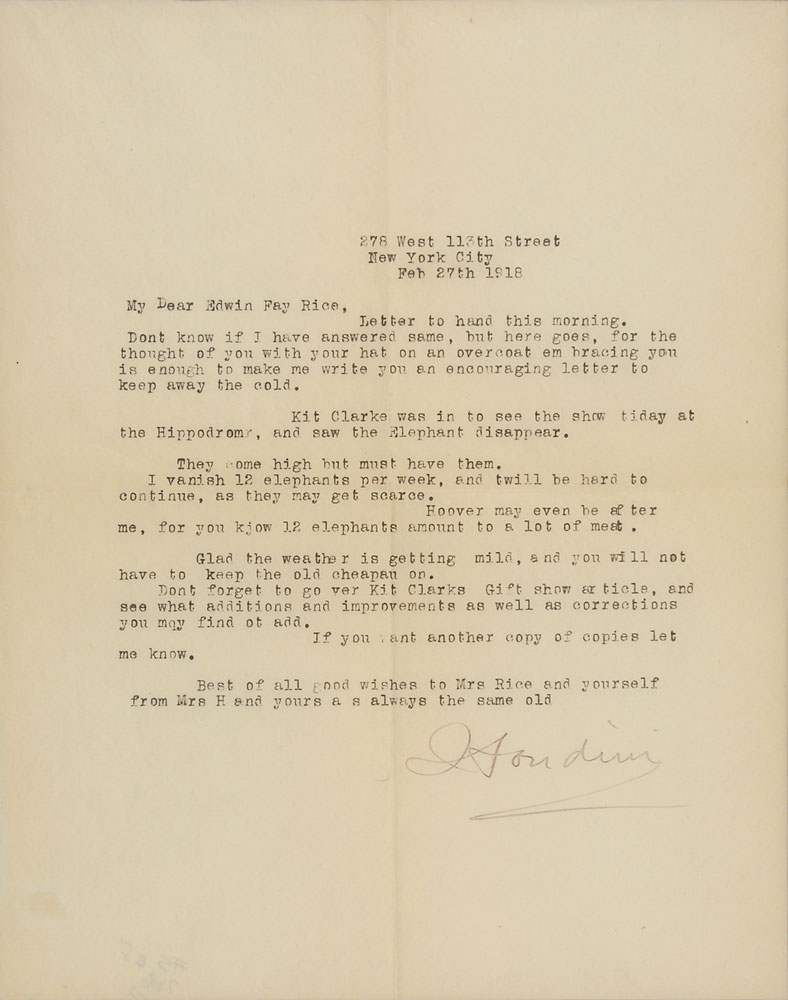 “I vanish 12 elephants per week, and twill be hard to continue, as they may get scarce”

TLS, one page, 8.25 x 10.5, February 27, 1918. Letter to Edwin Fay Rice, in part: “Kit Clarke was in to see the show tiday [sic] at the Hippodrome, and saw the Elephant disappear. They come high but must have them. I vanish 12 elephants per week, and twill be hard to continue, as they may get scarce. Hoover may even be after me, for you k[n]ow 12 elephants amounts to a lot of meat. Don’t forget to go [o]ver Kit Clark’s Gift show article, and see what additions and improvements as well as corrections you mqy [sic] find ot [sic] add. If you want another copy of copies let me know.” Nicely matted and framed with a portrait of the illusionist to an overall size of 18.75 x 15.25. In fine condition, with slightly pronounced central vertical fold. A journalist for the Boston Daily Times, Edwin Fay Rice was instrumental in founding the Mystics Circle of Boston as a member of the Society of American Magicians, a board in which Houdini served as national president for nearly 20 years. Taking center stage at New York’s colossal Hippodrome Theater, Houdini’s famous vanishing elephant trick involved a five-ton, eight-foot tall elephant and an even larger cabinet for which the pachyderm would enter and, after several minutes, disappear from. After the elephant had been coaxed inside, the doors had closed, and the curtains had dropped, a dozen men would—slowly—spin the cabinet until the structure’s back was facing the audience. Due to the Hippodrome’s magnitude, some precise angling, and one hugely oversized cabinet, Houdini’s elephant not only never vanished, it never even left the cabinet. The James Collings Collection. Pre-certified PSA/DNA.