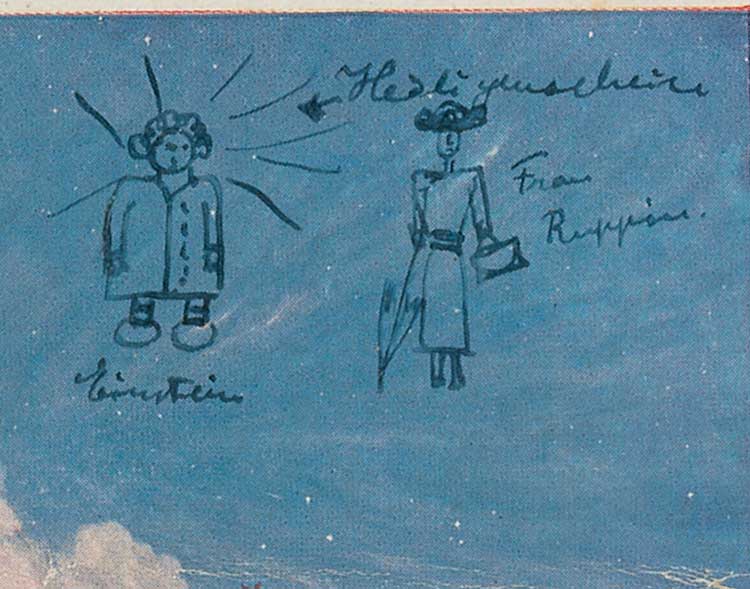 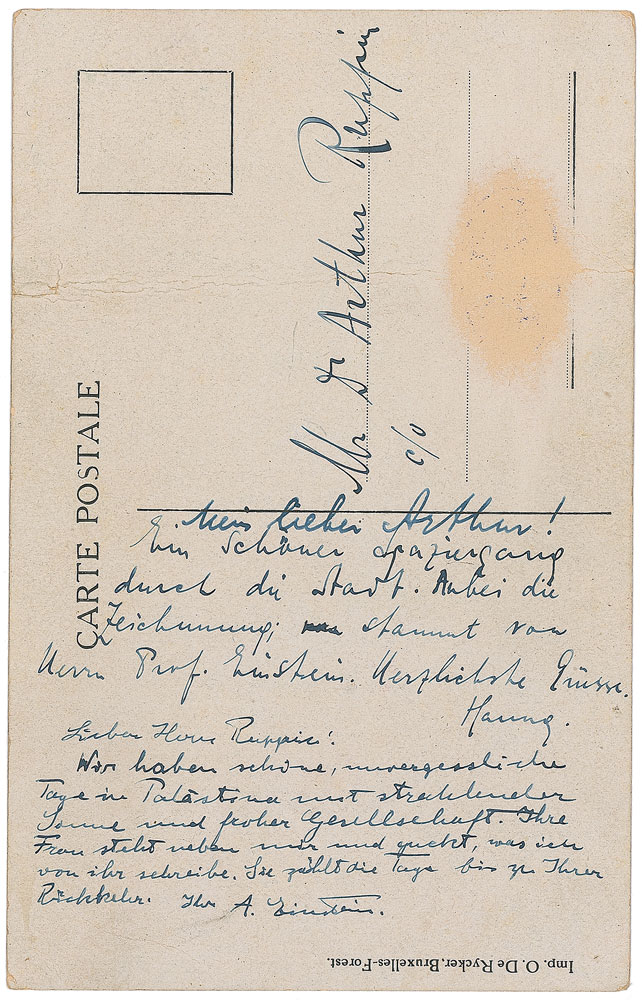 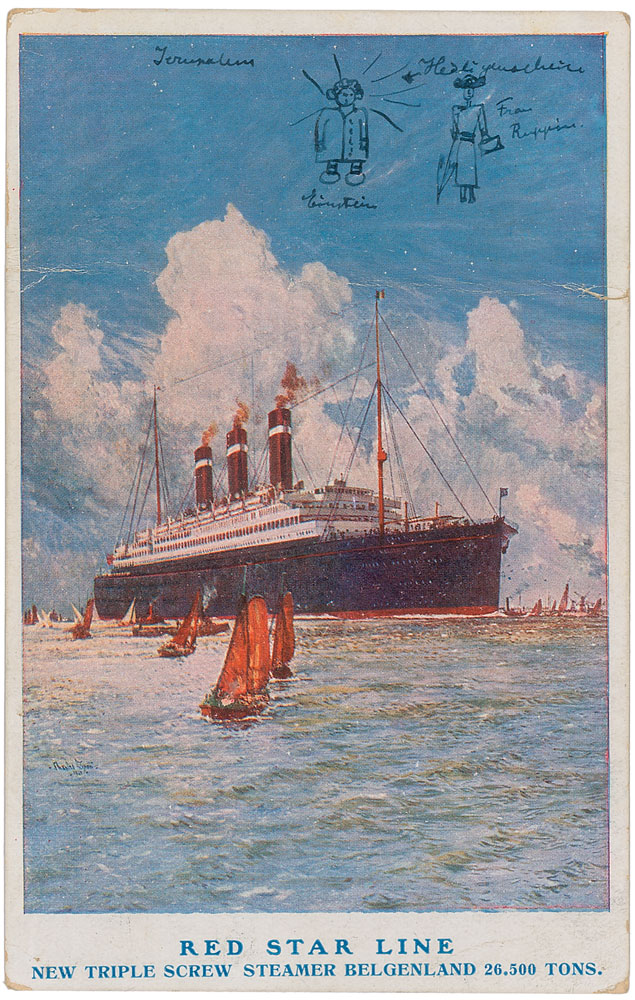 Unique ANS in German signed, "A Einstein" on the reverse of a 3.5 x 5.5 postcard picturing the Red Star Liner Belgenland, [near Jerusalem, c. February 5, 1923]. Einstein writes to Zionist leader Arthur Ruppin, in full (translated): “To my dear Mr. Ruppin, We are having unforgettable days in Palestine. With the sun shining, in cheerful company. Your wife is standing next to me and looking at what I am writing about her. She is counting the days until you come back." Einstein's writing is below an ANS by Ruppin's wife, Hanna, which reads in full (translated): "Dear Arthur, A pleasant tour of the city. Included is a picture by Prof. Einstein." On the front of the postcard, Einstein has added a delightful self-portrait above the image of the ship and signed it, "A. Einstein" below, together with a portrait, also in his hand, of "Frau Ruppin." Above the drawings, he added, "Jerusalem," and "Heiligenschein," [halo], with an arrow pointing to his image. Einstein's depiction of himself as a rotund, almost comical figure stands in stark contrast to the elegantly dressed "Frau Ruppin" with her stylish hat, shapely figure and umbrella. Light horizontal crease with a minor tear at left margin does not affect the drawings or Einstein's note on the reverse, minor toned spot below the address line, otherwise fine condition.

Einstein's only visit to Palestine lasted two weeks. He arrived in Port Said on February 1, 1923, at the invitation of early Zionist leader Arthur Ruppin, who at the time was on an extended fundraising tour in the United States; apparently, in Mr. Ruppin's stead his wife Hanna, acted as Professor Einstein's guide. The first day of the physicist's official Zionist-organized tour was February 5, 1923, when the here-offered ANS and sketch was accomplished. The professor’s first visit that morning was to the West Jerusalem suburb of Beth Hakerem, accompanied by Hanna Ruppin and Hadassah Samuel and Solomon Ginzburg. His tour continued with visits to Haifa and Tiberious, and ended in Jerusalem where he departed for Port Said on February 14, 1923.

Although Einstein would never again travel to Palestine, he continued to support the promotion of Jewish settlements and the Hebrew University. An extreme rarity, letters written by Einstein during his singular Palestinian trip are virtually unheard of; no examples have appeared at auction for the past forty years. And although Einstein was known to accomplish drawings, signed self-portraits are virtually inaccessible—research indicates only three other examples, none of which have been offered publicly.