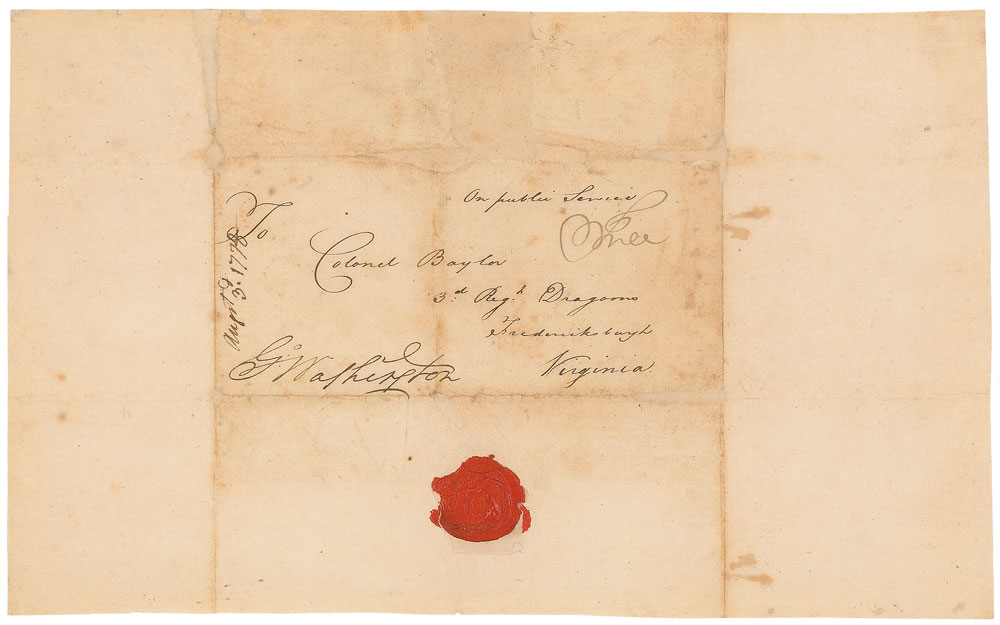 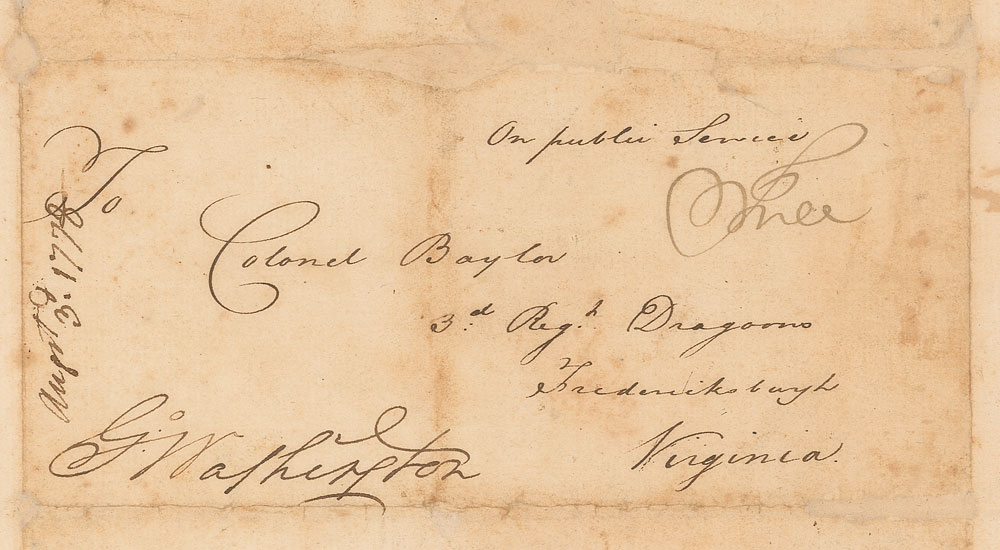 Baylor (1752–1784) served throughout the Revolutionary War, his first position being aide-de-camp to George Washington. He served with distinction in the famous Battle of Trenton that followed the crossing of the Delaware, and Washington granted him the privilege of delivering news of the American victory and the captured Hessian flag to the Continental Congress in Baltimore. For his efforts Baylor was promoted to colonel and given command of the newly formed 3rd Continental Light Dragoons, which he was still leading when Washington sent him this. A letter from Washington to Baylor from this date, August 3, 1778, appears in Washington's collected writings, presumably that which this free frank enclosed; in it, he directs Baylor to desist in his efforts to purchase more horses due to their exorbitant price, and asks that he come immediately with his men to the newly established camp in White Plains, New York. An extremely desirable war-dated piece from the first commander-in-chief, with an important connection to one of his most trusted officers. Pre-certified John Reznikoff/PSA/DNA and RR Auction COA.