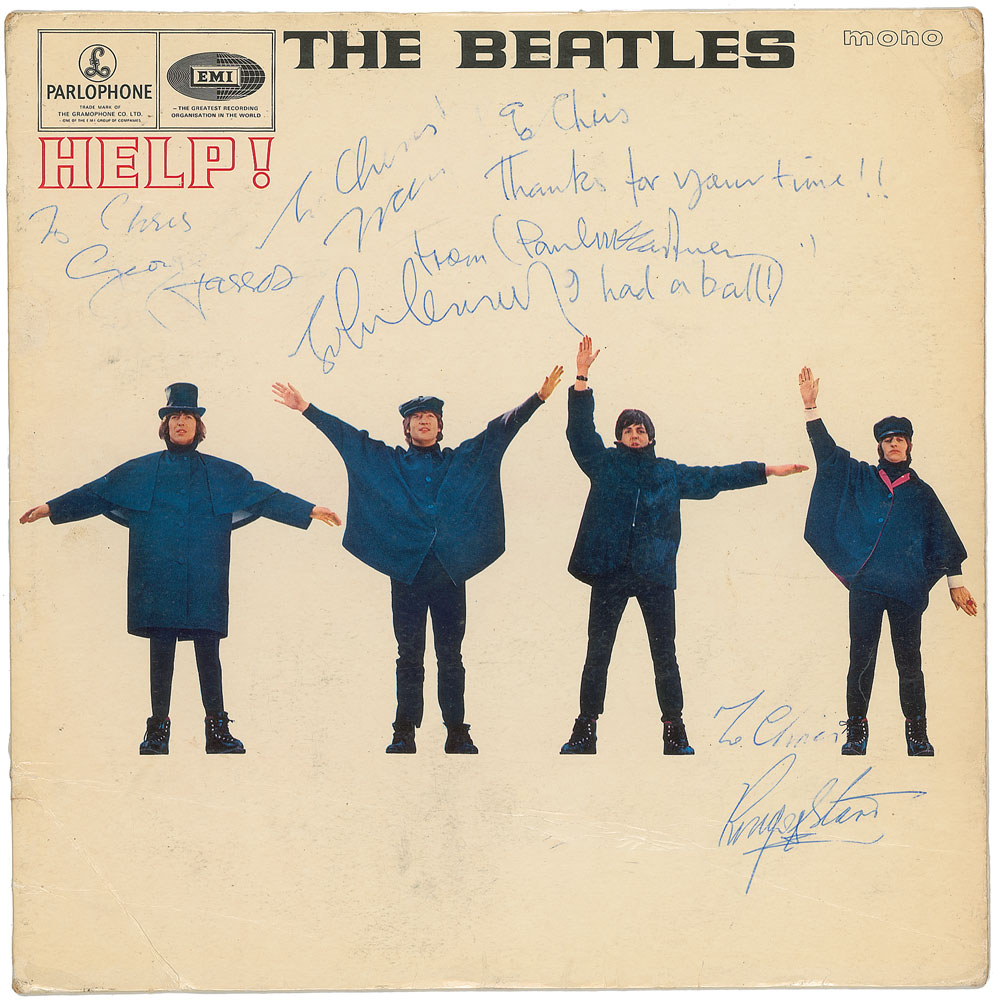 Ultra-rare UK mono edition of the Beatles Help! album, crisply signed and inscribed on the front cover in blue ballpoint, “To Chris, George Harrison,” “To Chris, thanks from John Lennon,” “To Chris, Thanks for your time!!! Paul McCartney, I had a ball!,” and “To Chris, Ringo Starr.” Album was signed in 1967, two years after its release, and is accompanied by a letter from the daughter of the original recipient, which reads, in part: “In 1967 Dad had the Beatles sign this mono Help album…Dad helped out with the Peggy Spencer dancing school on making a pop video with the Beatles. It was for a dance sequence for the song Your Mother Should Know. On completion of the video the Beatles autographed the album for my dad.” In very good condition, with some expected light skipping to signatures, scattered creases, and some toning and soiling. Choreographed by Peggy Spencer as a grand production number for Magical Mystery Tour, the routine for ‘Your Mother Should Know’ was reminiscent of an old-time dance number, with the band, clad in white tuxedos, dancing down a large staircase. By this time, the Beatles had largely withdrawn from public life and were virtually inaccessible to the public, making anything signed during this period incredibly rare. Greatly enhanced by the desirable placement of the signatures on the front cover, this is one of the finest examples we have seen—and the only complete band-signed Help! album we have ever offered. Pre-certified Roger Epperson/REAL and RR Auction COA.