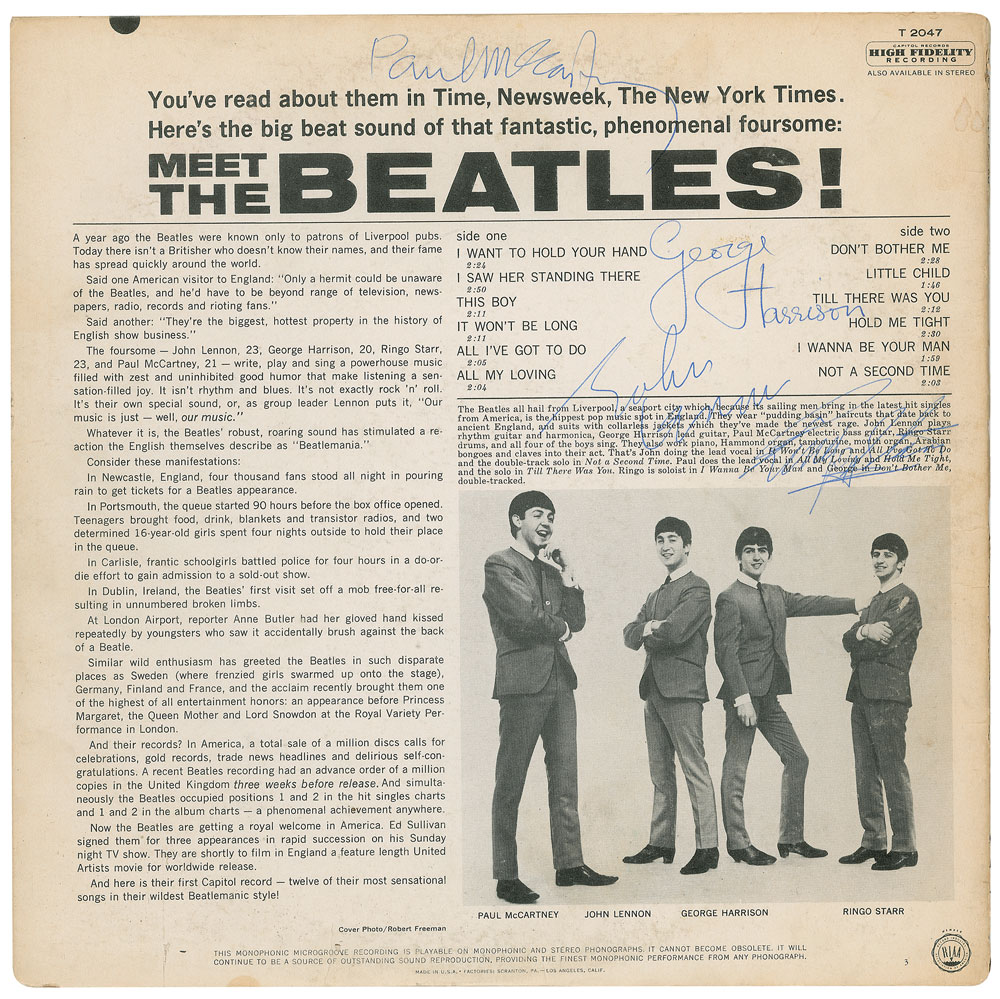 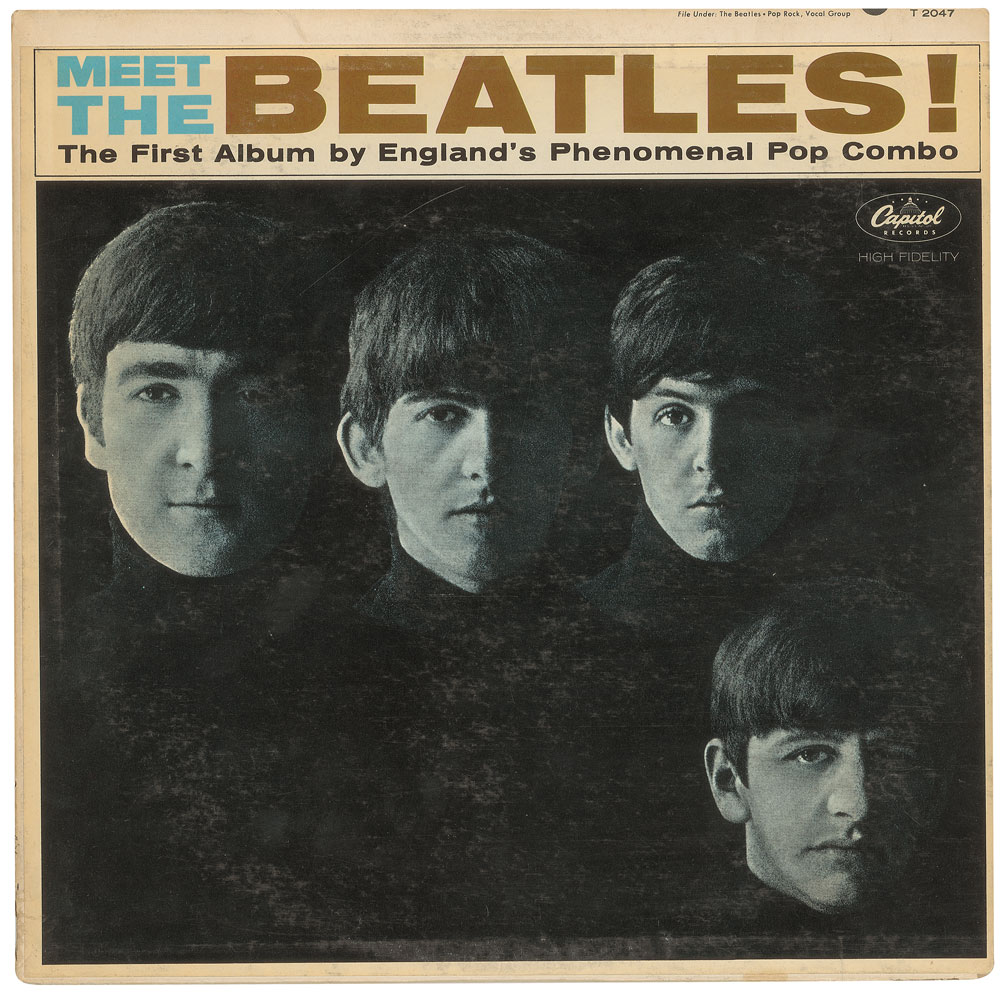 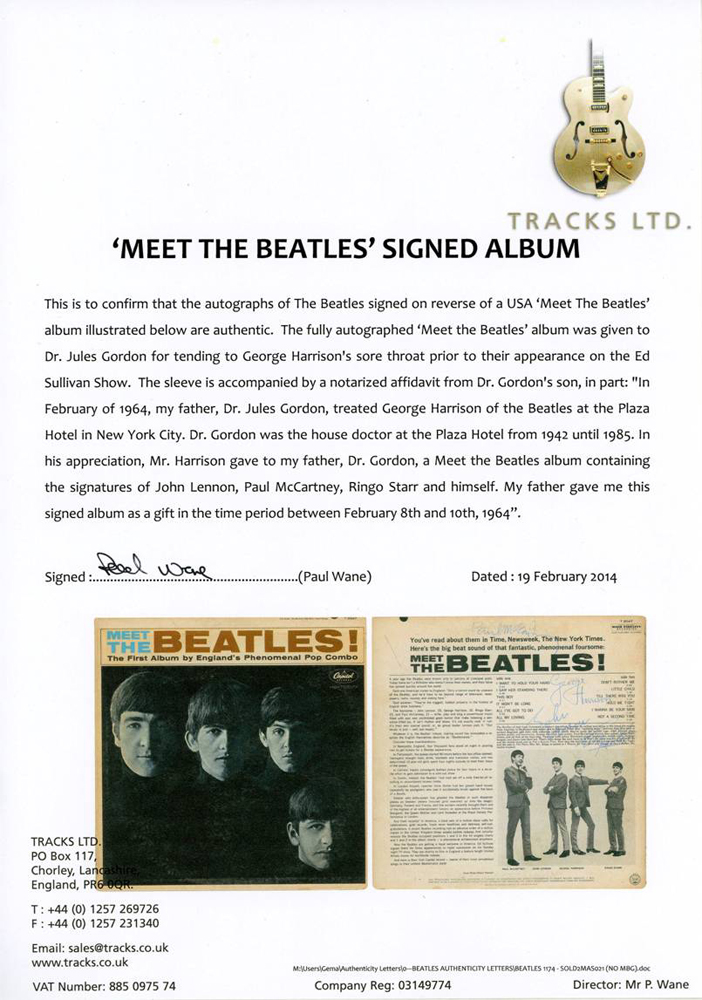 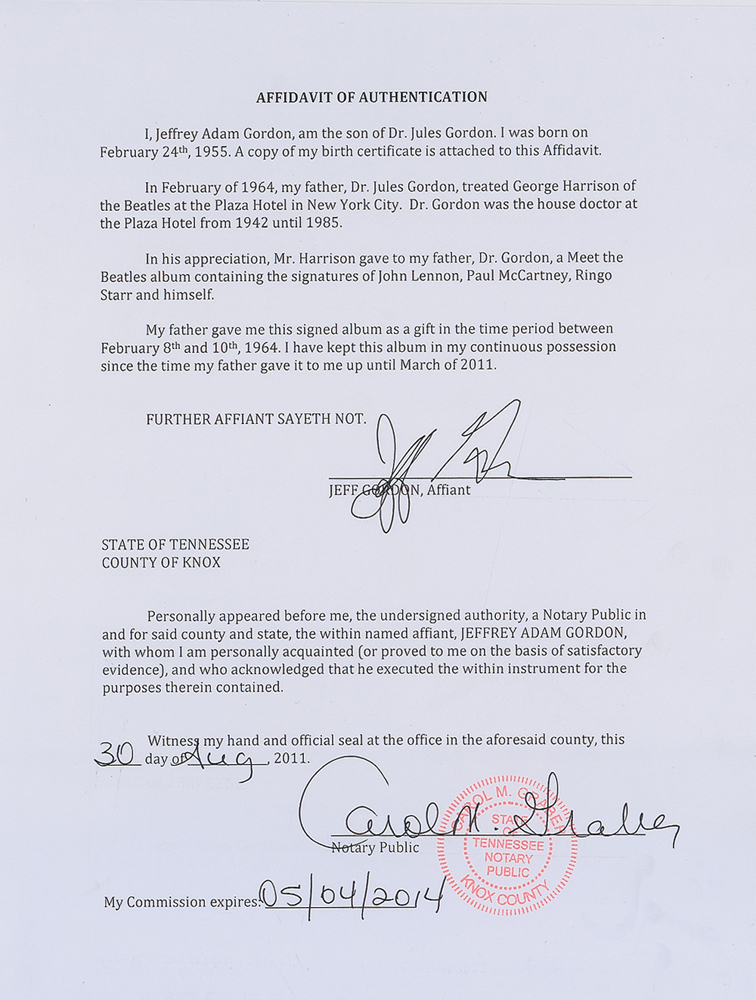 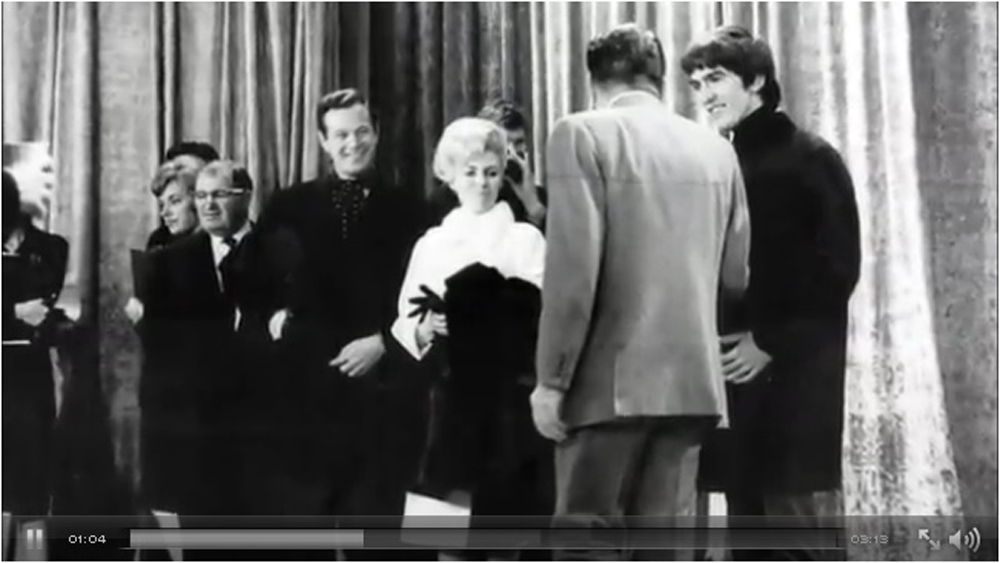 Meet the Beatles album given to Dr. Jules Gordon for tending to George Harrison's sore throat prior to their appearance on the Ed Sullivan Show, beautifully signed on the reverse in blue ballpoint by John Lennon, Paul McCartney, George Harrison, and Ringo Starr. Light edge toning, an inch-long separation to bottom edge, and chipping to spine, otherwise fine condition. The record is included. Accompanied by a notarized affidavit from Dr. Gordon's son, in part: "In February of 1964, my father, Dr. Jules Gordon, treated George Harrison of the Beatles at the Plaza Hotel in New York City. Dr. Gordon was the house doctor at the Plaza Hotel from 1942 until 1985. In his appreciation, Mr. Harrison gave to my father, Dr. Gordon, a Meet the Beatles album containing the signatures of John Lennon, Paul McCartney, Ringo Starr and himself. My father gave me this signed album as a gift in the time period between February 8th and 10th, 1964." Also accompanied by full letters of authenticity from PSA/DNA, Roger Epperson/REAL, and Tracks.

The Beatles made their legendary first live appearance on the Ed Sullivan Show on February 9, 1964—in the New York Times the day before, Thomas Buckley described George's ailment: 'Mr. Harrison, who is known as the quiet Beatle, awoke yesterday with a sore throat. He was treated by Dr. Jules Gordon, used a vaporizer and rejoined his colleagues at the studio late in the afternoon. 'I should be perfect for tomorrow,' he said.' More recently, Neil Aspinall reflected on the situation: 'George had tonsillitis and didn't go to rehearsals for The Ed Sullivan Show. I stood in for him so that they could mark where everyone would stand, and I had a guitar strapped round me.' George's sister, Louise, recalls that Harrison's fever was approaching 104 degrees and Dr. Gordon was nervous about bringing in a nurse, figuring that every female in the city would be too starstruck to function normally—instead, he recruited her to administer medicine to George every hour, on the hour. By the time the Beatles took the stage on Ed Sullivan, he was cured. In addition to its direct association with the Beatles' groundbreaking moment, this album is a true autographic rarity—only a handful of signed Meet the Beatles are known to exist, and fully signed US-release albums are far less common than their UK counterparts, comprising around ten percent of those known. While the true impact of the Fab Four's debut is difficult to quantify, the Ed Sullivan Show broadcast is unquestionably one of the most important—perhaps the most important—events in pop cultural history, and the significance of this album's in relation to that performance makes it one of the finest items we have ever encountered. RR Auction COA.