Incredibly rare, hand-drawn land survey by Washington, conducted adjacent to his own plantation 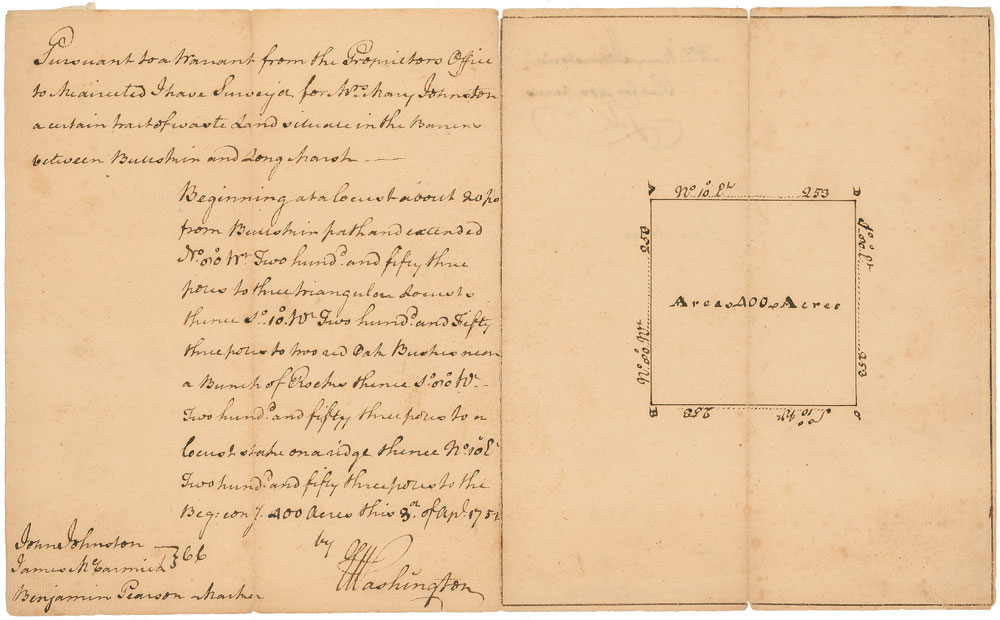 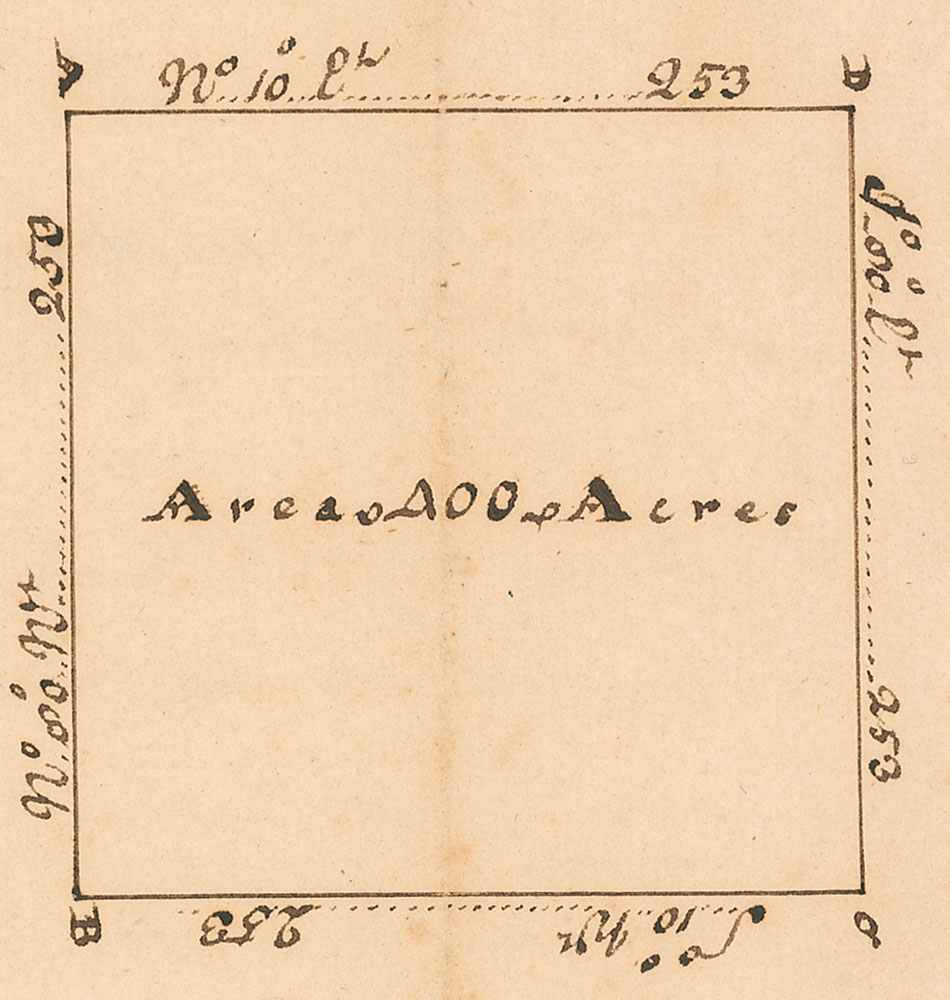 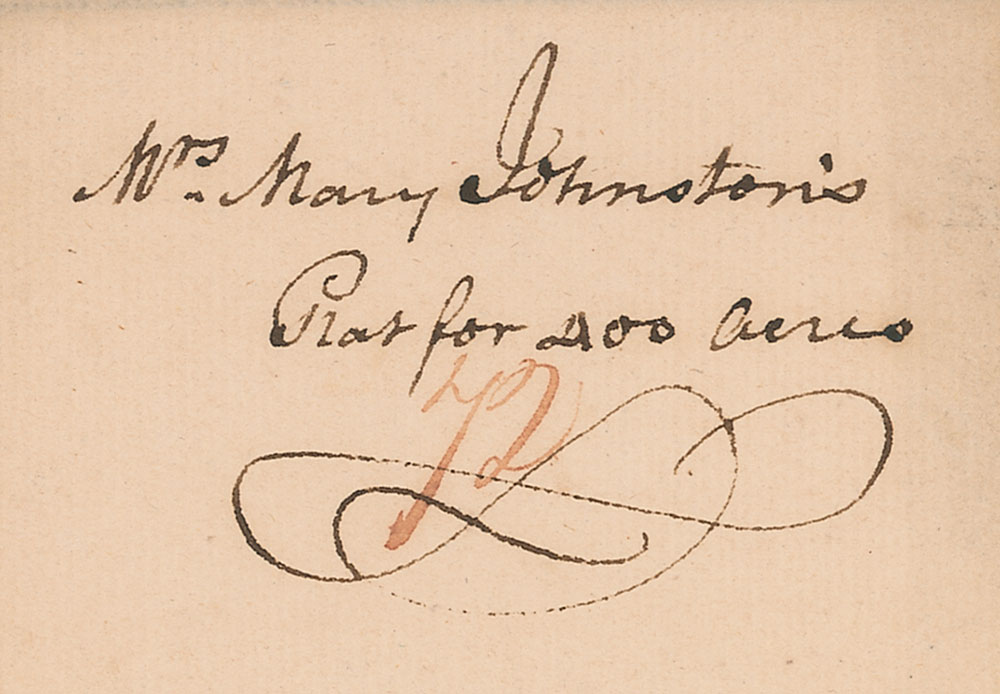 Incredibly rare, hand-drawn land survey by Washington, conducted adjacent to his own plantation

Remarkable and very early ADS in Washington’s hand, signed “G. Washington,” two pages on two adjoining sheets, 12 x 7.25, April 3, 1752. A handwritten land survey for 400 acres of land undertaken by Washington with the assistance of John Johnston and James McCormick (chainmen) and Benjamin Pearson (markman). In part: “Pursuant to a Warrant from the Proprieter’s Office to the directed I have Surveyed for Mrs. Mary Johnston a certain tract of waste land situate in the Barrens between Bullskin and Long Marsh…400 acres.” Washington provides a very detailed account of the exact layout of the land, adding a precise and crisply-penned survey map of the tract he surveyed. Reverse is also docketed in Washington’s hand, “Mrs. Mary Johnston’s Plat for 400 acres.” Small separations along hinge and central vertical folds, and some scattered light toning and soiling, otherwise fine, clean condition.

In July 1749, at the young age of 17, Washington was appointed official surveyor for the newly-created Culpeper County in northern Virginia, a relatively well-paid and prestigious position. He continued to work as a surveyor until November 1752, when he was appointed adjutant in the Virginia colonial militia. Records indicate that during his time as surveyor, Washington conducted 199 land surveys, of which fewer than 75 are known extant—and many of those are confined to institutions. What is most notable about this particular piece, however, is that the plot of land surveyed is apparently adjacent to Washington’s own property.

Using money from his surveying job, Washington purchased his first plot of land in 1750—nearly 500 acres near Bullskin Creek. At the time he conducted this survey, he had amassed over 2,000 acres of surrounding land that he referred to as “my Bullskin Plantation.” He had developed a full-scale plantation on the premises known as Rock Hall by 1755, which he maintained ownership of for the rest of his life, though purely as an investment property—he leased it out to tenants and remained inactive in its management. An extraordinarily impressive document, made especially desirable by its significance with respect to Washington’s life and military career—he used skills learned during his time as a surveyor to plan troop movements and attacks that helped him to defeat the much larger British army during the Revolutionary War. Pre-certified John Reznikoff/PSA/DNA and RR Auction COA.