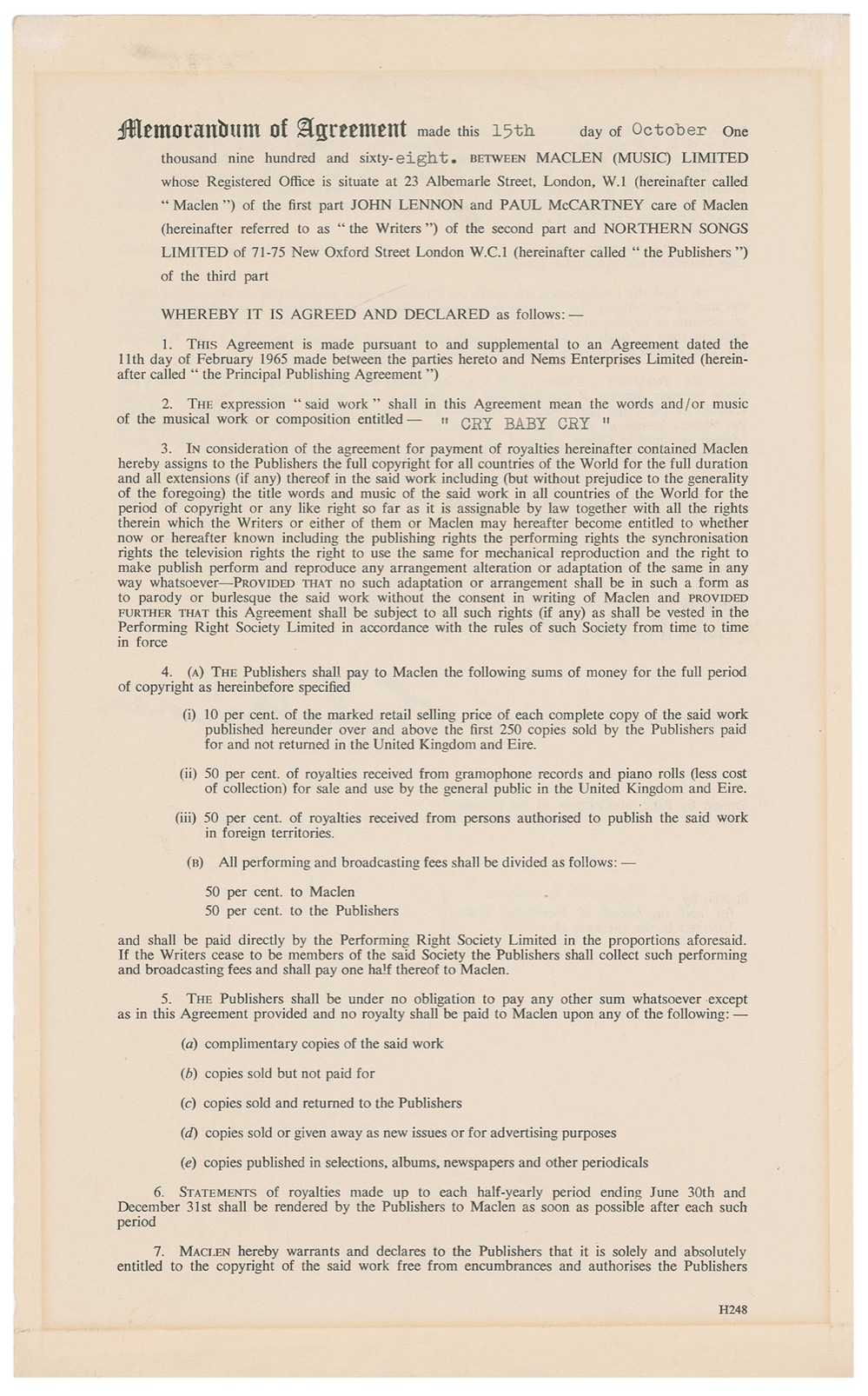 DS, one page both sides, 8 x 13, October 15, 1968. A publishing agreement between Maclen Music Limited, Northern Songs Limited and John Lennon and Paul McCartney for the song, 'Cry Baby Cry.' Document makes provision for the distribution of money between the publishers and Maclen, with both parties equally dividing all performing and broadcasting fees. Signed on the reverse in black felt tip by Lennon, and also signed by the band’s former road manager, Neil Aspinall. Mild toning from previous display, small mounting remnants to front page, and a slightly rough vertical edge, otherwise fine condition. Accompanied by a letter of authenticity from noted Beatles expert Frank Caiazzo.

'Cry Baby Cry' was written solely by John Lennon, but credited to Lennon/McCartney, the shared songwriting credit arrangement dating back to the group's first release, 1962's 'Love Me Do' and 'P. S. I Love You,' the latter solely written by McCartney. The collaborative efforts of the two became much less frequent by 1964. McCartney's name does appear on the contract, although he hasn't signed it. The song, recorded over three days in mid-July 1968, appeared on the 1968 White Album. With some of the lyrics inspired by an advertisement he had seen, 'Cry Baby Cry' has a nursery rhyme feel reminiscent of Alice in Wonderland. Interestingly, this was the song that the band was working on when long-time Beatles recording engineer Geoff Emerick, who was fed up with the tensions and arguments that hampered the studio sessions, abandoned the sessions before the conclusion of the second day's session, and did not return to work with the group until he was coaxed back to co-engineer their final studio album, Abbey Road, in 1969. Pre-certified Roger Epperson/REAL and RR Auction COA.