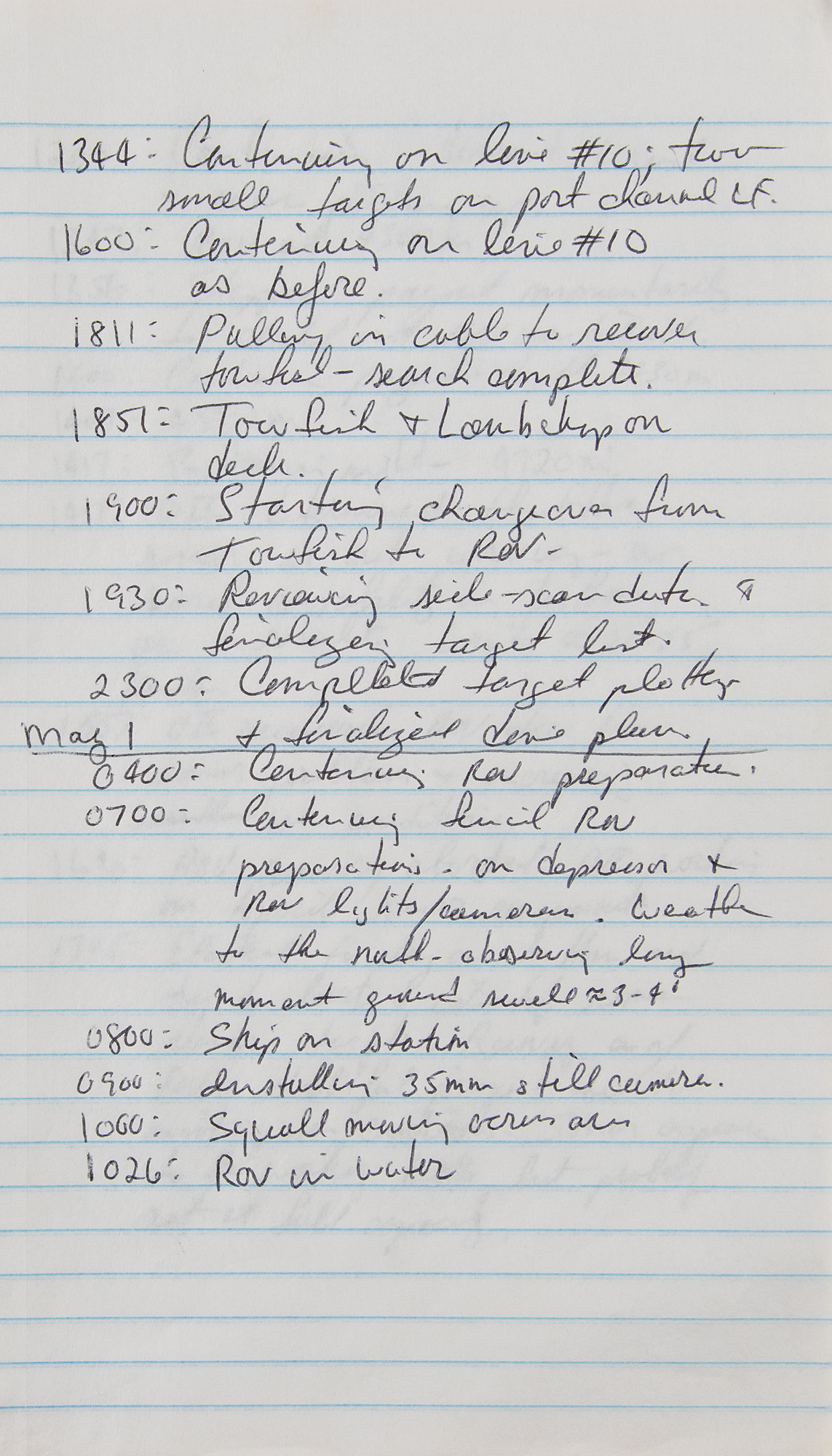 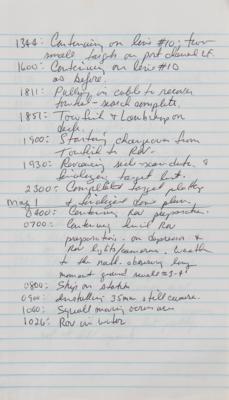 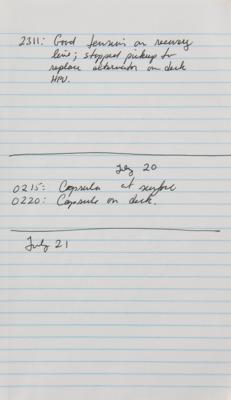 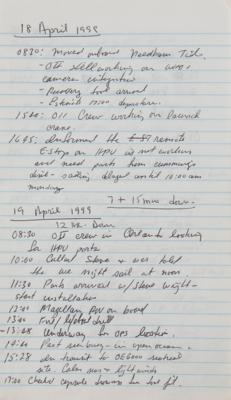 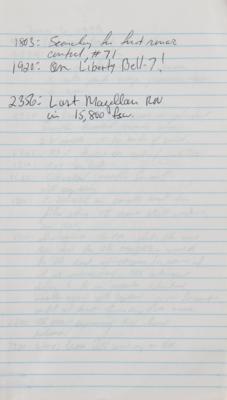 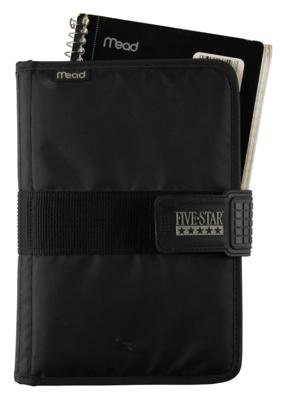 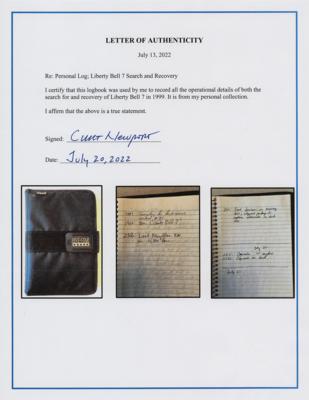 Spiral-bound Mead Five Star notebook personally-owned and -used by Curt Newport as his logbook for the search and recovery of the Liberty Bell 7 spacecraft during the months of April, May, June, and July of 1999. The logbook, 6.5″ x 9.5″, contains a total of 34 pages annotated in black ballpoint by Newport, who begins his entries on April 18th at “0830: Moved aboard Needham Tide,” and concludes with his last official log on July 20th, the date of craft recovery: “0215: Capsule at surface, 0220: Capsule on deck.” Also significant are Newport’s handwritten notes on May 1st, the date that the mission’s Remotely Operated Vehicle (ROV) found the long-submerged capsule: “0800: Ship on station…1000: Squall moving across…1026: ROV in water…1347: ROV at 4300m…1407: 4582m…1417: Bottom in sight-4720m…1803: Searching for first sonar contact, #71, 1920: On Liberty Bell-7!, 2356: Lost Magellan ROV.” Despite finding the Liberty Bell 7, the ROV ultimately joined it on the seabed when its tether was severed due to the harsh weather above; recovery would have to wait a couple more months before a new ROV was able to make the rescue official. The back of the notebook served as Newport’s contact/phone list and includes names like Gene Cernan, Wally Schirra, Scott Carpenter, and Guenter Wendt. Includes its original Mead vinyl wraparound cover and a Cosmosphere pen. In fine condition, with the back cover detached but present.

Accompanied by a signed letter of authenticity from Newport, who states: “I certify that this logbook was used by me to record all the operational details of both the search for and recovery of Liberty Bell 7 in 1999. It is from my personal collection.”