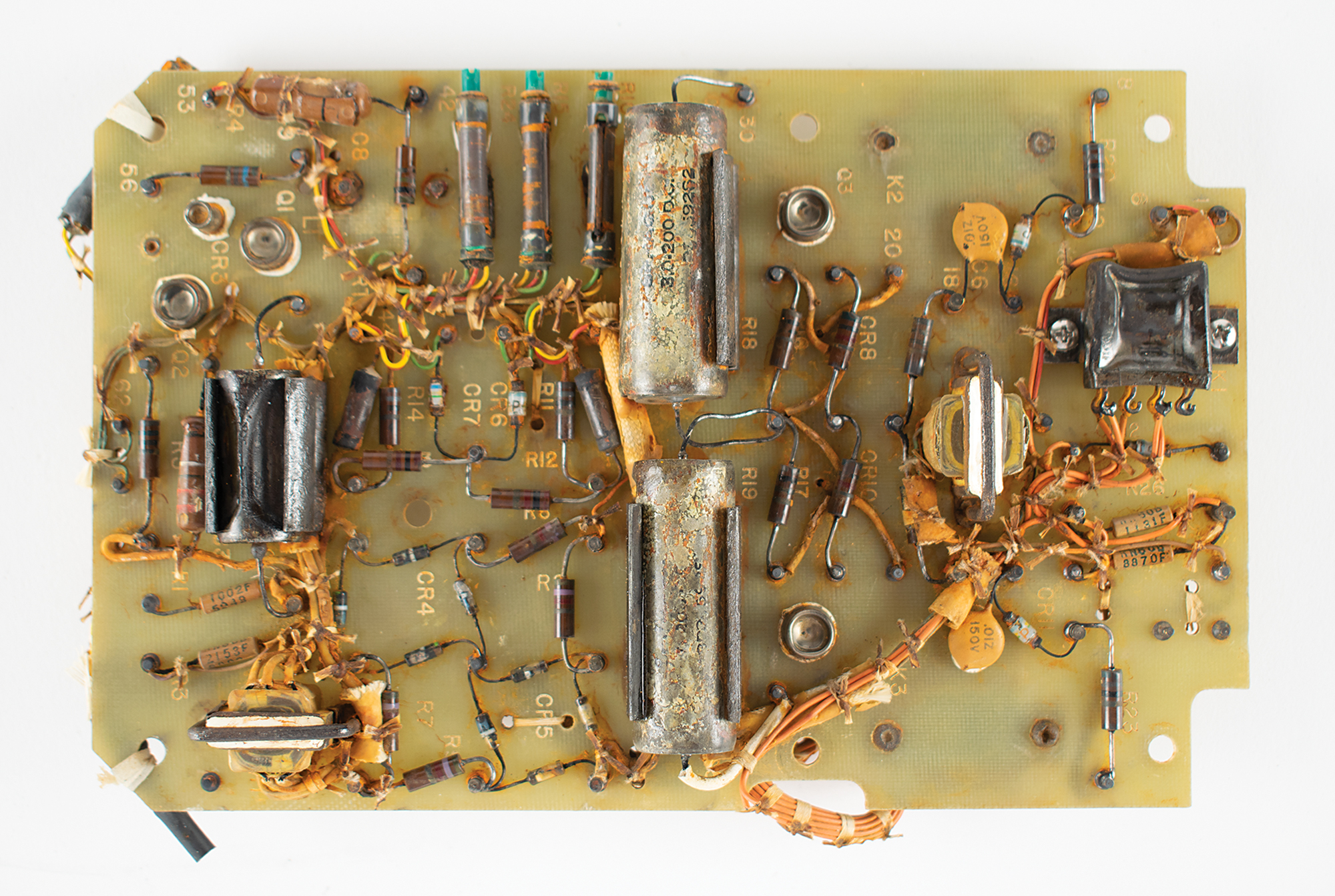 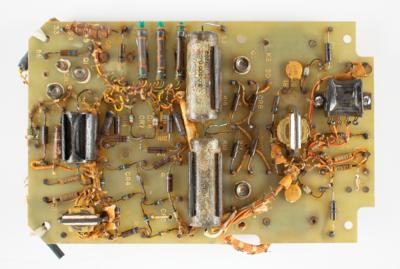 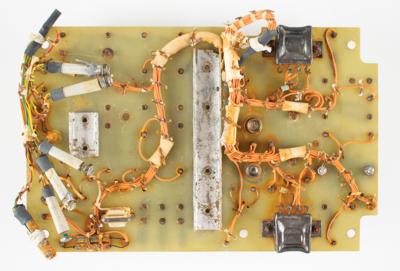 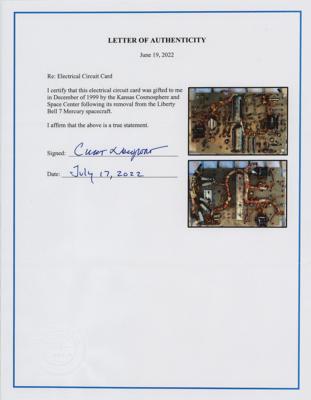 Flown circuit card deriving from the Liberty Bell 7, the spacecraft astronaut Gus Grissom piloted during the Mercury-Redstone 4 mission and that was recovered from the bottom of the Atlantic Ocean 38 years after splashdown. This well-rusted circuit card, 8″ x 5″ x 2″, appears to be a power control card, the kind manufactured in the days before printed circuits, hence the wiring secured by fabric lacing. The face side of the card is populated with resistors, potentiometers, two small transformers, a mechanical relay, and several electrolytic capacitors; and the rear side shows an aluminum support structure, wiring, two more transformers, and adjustment pots.

Accompanied by a signed letter of authenticity from Newport, who states: “I certify that this electrical circuit card was gifted to me in December of 1999 by the Kansas Cosmosphere and Space Center following its removal from the Liberty Bell 7 Mercury spacecraft."

After unsuccessful attempts in 1992 and 1993, Oceaneering International, Inc. and a team led by Curt Newport lifted the Liberty Bell 7 from the Atlantic seabed and onto the deck of the recovery ship Ocean Project on July 20, 1999, the 30th anniversary of the Apollo 11 lunar landing. The spacecraft was found after a 14-year effort by Newport at a depth of nearly 16,000 feet, some 350 miles east-southeast of Cape Canaveral. Among the items found within were parts of the flight gear, several Mercury dimes, and five one-dollar bills, the latter taken to space to be souvenirs of the flight. The spacecraft was transported to The Cosmosphere in Hutchinson, Kansas, where it was disassembled and cleaned and is now on permanent display. Flown items from the Liberty Bell 7 are exceedingly rare and highly coveted by collectors. This ample circuit card is an ideal, visually impressive example, one backed by steadfast provenance from the very man who led the oceanic recovery expedition.