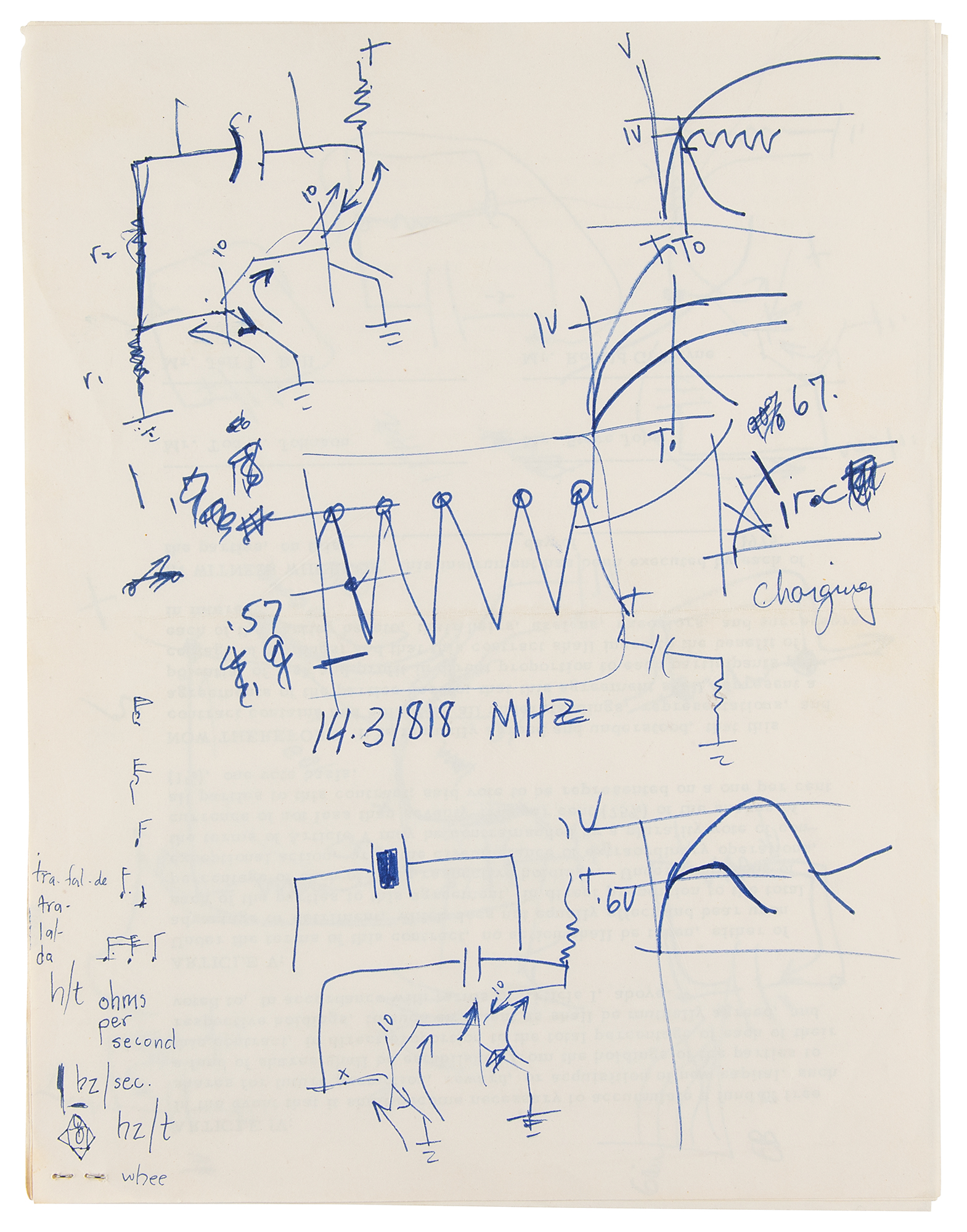 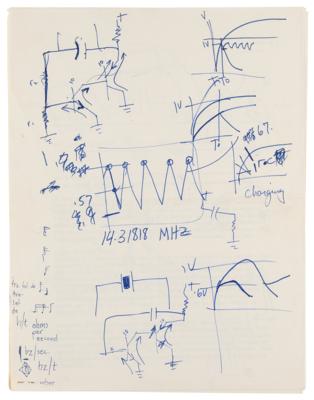 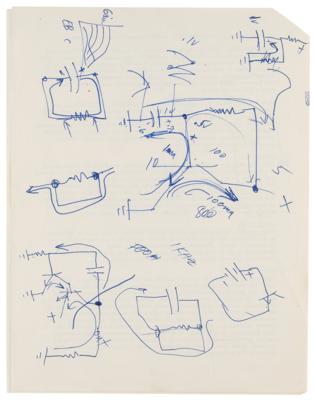 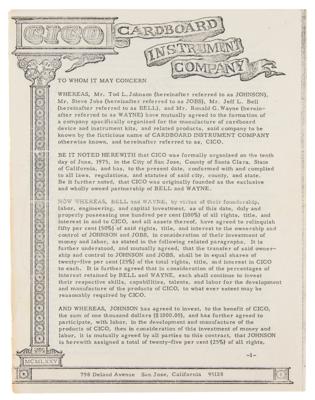 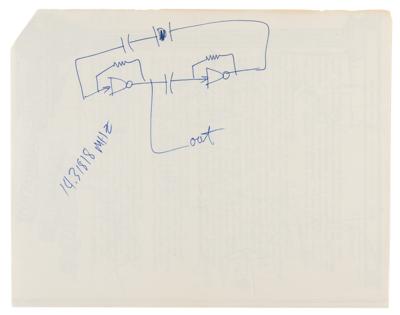 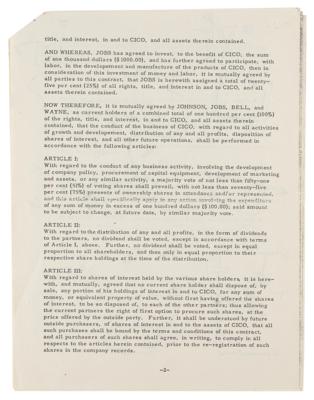 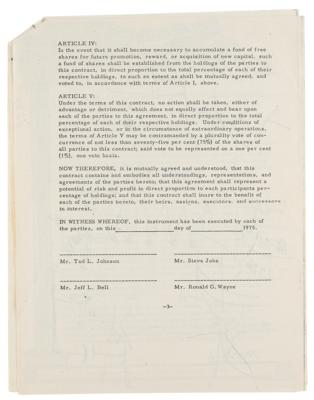 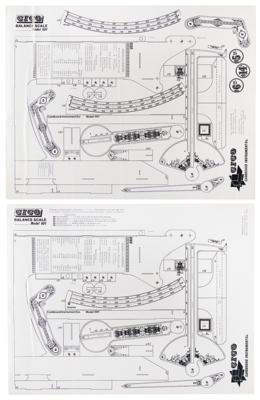 Rare and unusual unexecuted contract from the personal papers of Steve Jobs, three pages, 8.5 x 11, circa 1975. The document concerns the "formation of a company specifically organized for the manufacture of cardboard device and instrument kits, and related products, said company to be known by the fictitious name of Cardboard Instrument Company otherwise known, and hereafter referred to as, CICO."

By this agreement, Steve Jobs and Tod L. Johnson would purchase ownership stakes in the company, recently founded by Ronald G. Wayne and Jeff Bell, for the sum of $1,000 a piece, resulting in 25% equity for each party. With Steve Jobs and Steve Wozniak, Ron Wayne would go on to be a co-founder of Apple Computer in April 1976, receiving a 10% stake in the firm before relinquishing his equity only weeks later for $800. He designed the CICO logo seen at the top of the first page—"Cardboard Instrument Company" lettered in an unfurled banner—and would use the same style for the text in the original 'Apple Computer Co.' logo, created a year later.

On the back of each page are electronic schematics penned in an unknown hand, evidently demonstrating to Jobs a display circuit for a device connected to a TV. Written twice is "14.31818 MHz," a common crystal oscillator frequency used to generate a color NTSC television signal; a 14.31818 MHz crystal was also used for the clock circuit in the Apple II motherboard. It is believed that Steve Jobs wrote the musical notations on the lower right corner of the last page, consisting of several musical notes, some deconstructed song-syllables ("tra-fal-de, tra-, la-, da"), and some technical notes ("h/t ohms per second," "hz/sec.," and "hz/t"), before an amusing ending: "whee." A trumpet player in high school, Jobs would have had the musical talent and technical know-how to write these notes in 1975. We suspect that Jobs, after deciding not to join CICO, reduced this unexecuted contract to scrap paper and used it in the course of his work with Atari or Apple.

The consignor was given these papers by Steve Jobs many years ago and has recently been in touch with Ron Wayne on the subject of the Cardboard Instrument Company. Although Wayne recalls little about the specifics of Jobs's involvement with CICO, he remembers how eager Jobs was to start a company—an ambition that would come to fruition on April 1, 1976, when Jobs, Wozniak, and Wayne founded the Apple Computer Company. Wayne has provided original schematic prints for the first proposed CICO product from his own collection: two 23 x 18 prints of the "CICO Balance Scale, Model 001" on unpeeled adhesive-backed glossy paper. The prints have slightly different designs: one imprinted with the names and addresses of Jeff Bell and Ronald G. Wayne, with dollar amounts in the margin; and one with Wayne's address only. The document is in fine condition with some trivial chipping to edges; and the schematics are rolled and in very good to fine condition, with light rippling.

As an early piece involving an unrealized Steve Jobs venture, this document reveals the business acumen, technical aptitude, and playful creativity of one of Silicon Valley's most innovative entrepreneurs.