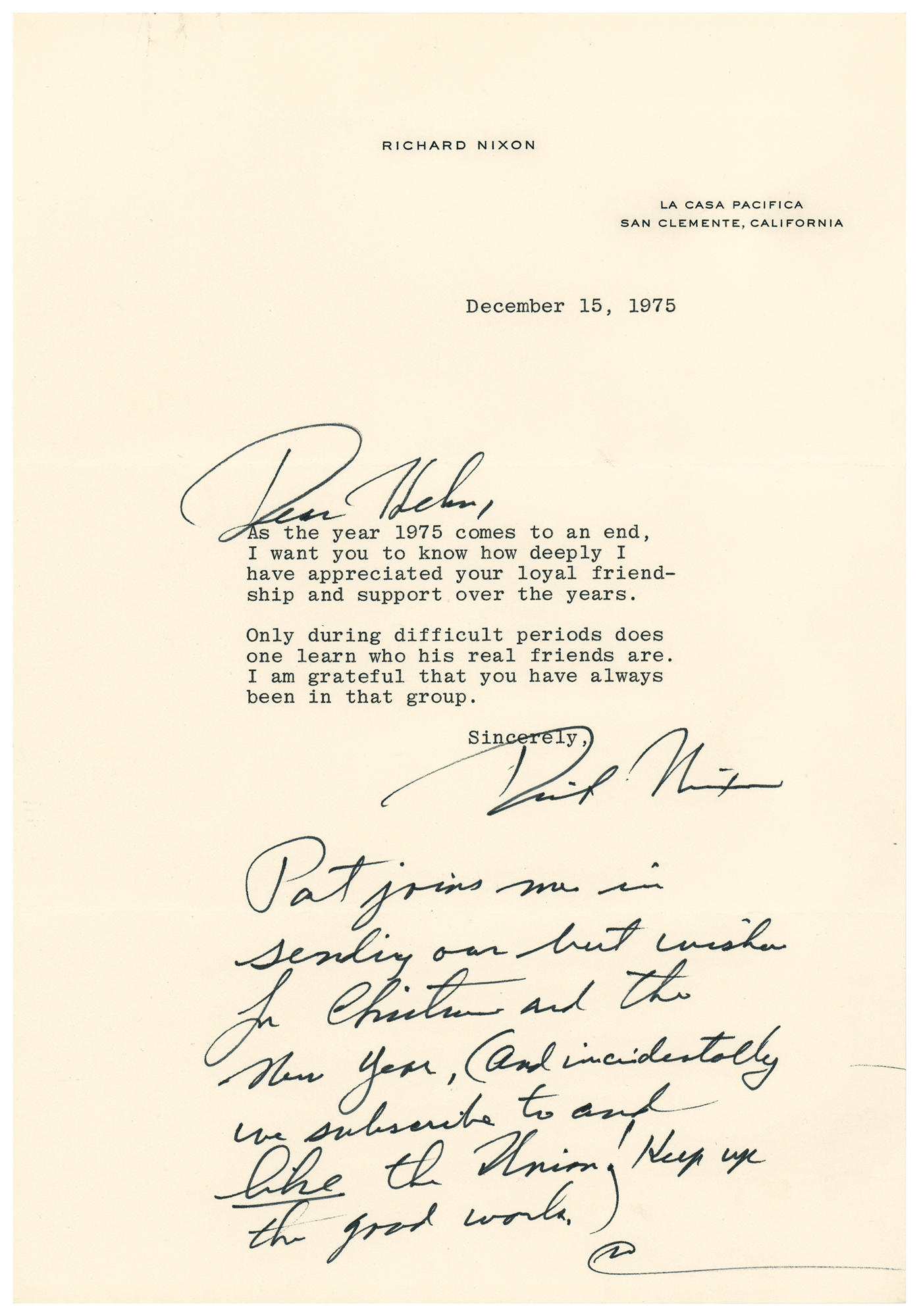 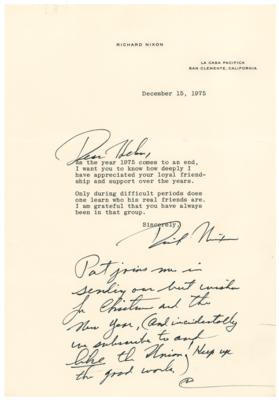 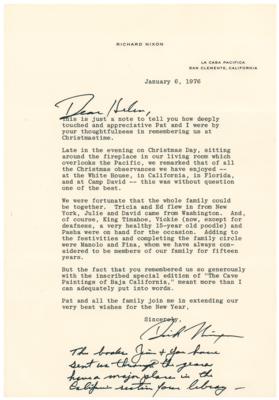 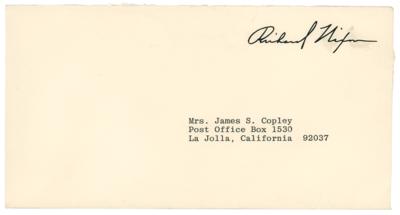 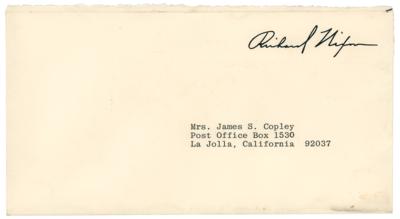 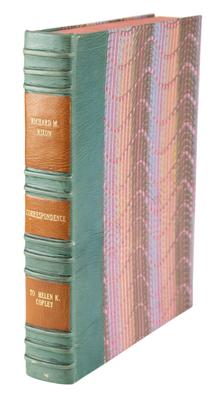 Two TLSs, both signed, "Dick Nixon," each one page, 7.25 x 10.5, personal letterhead. Both letters are to Helen Copley, the widow of newspaper publisher James S. Copley, with Nixon adding the greeting in his own hand, as well as a postscript to each letter. The first letter, dated December 15, 1975, reads, in full: "As the year 1975 comes to an end, I want you to know how deeply I have appreciated your loyal friendship and support over the years. Only during difficult periods does one learn who his real friends are. I am grateful that you have always been in that group." Nixon's handwritten postscript reads: "Pat joins me in sending our best wishes for Christmas and the New Year, (And incidentally we subscribe to and like the Union. Keep up the good work.) N."

Second letter, dated January 6, 1976, reads, in part: "This is just a note to tell you how deeply touched and appreciative Pat and I were by your thoughtfulness in remembering us at Christmastime. Late in the evening on Christmas Day, sitting around the fireplace in our living room which overlooks the Pacific, we remarked that of all the Christmas observances we have enjoyed-at the White House, in California, in Florida, and at Camp David-this was without question one of the best. We were fortunate that the whole family could be together. Tricia and Ed flew in from New York, Julie and David came from Washington." Postscript at the bottom reads, "The books Jim & you have sent us through the years have a major place in the California section of our library." The letters are housed in a luxurious custom-made clamshell case. In overall fine condition.