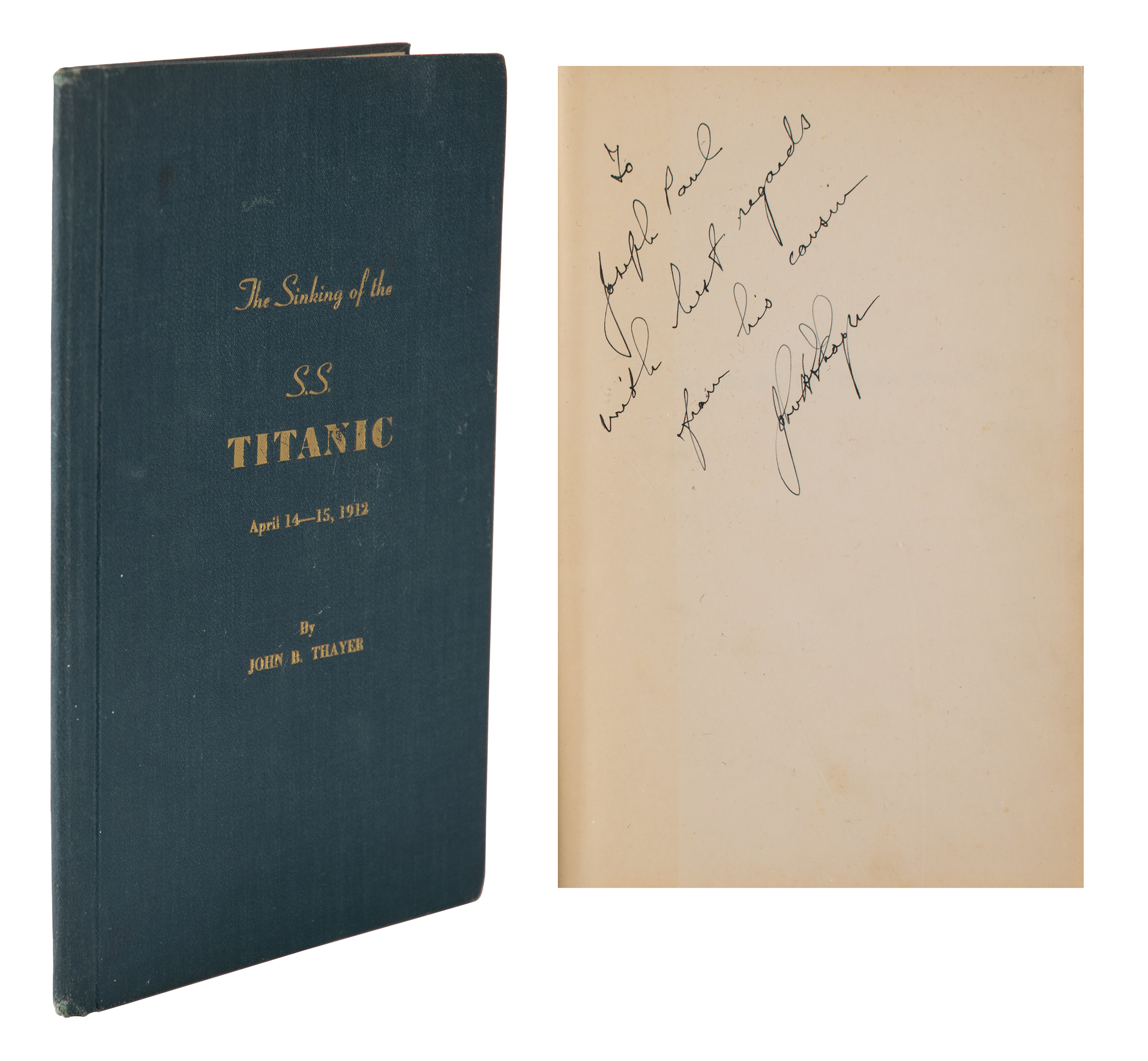 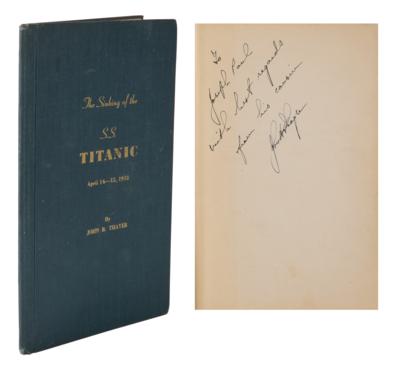 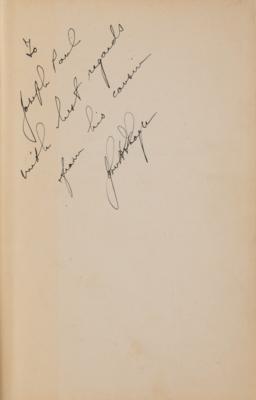 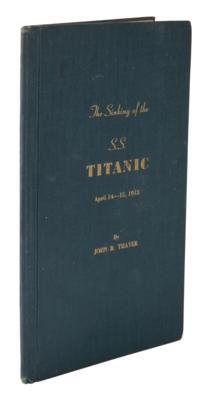 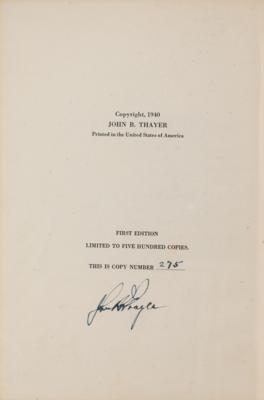 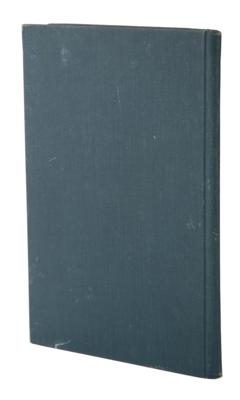 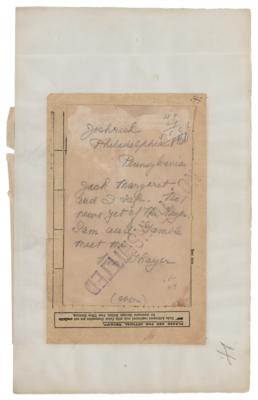 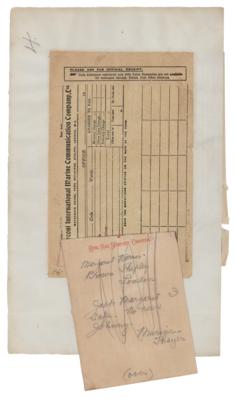 Two original Marconigrams sent by two survivors of the Titanic, while aboard the Carpathia. Both are undated and stamped “Not Transmitted” and affixed to opposite sides of a 13.5 x 8.25 album page, which was removed from an evidence book used by the British Enquiry during their investigation that was held between May and July 1912; these pages are accordingly numbered as 4 and 5. The first is written in pencil on an off-white 4.5 x 7 sheet of Royal Mail Steamship ‘Carpathia’ stationery affixed to Marconi International Marine Communication Company telegram paper, 8.75 x 5.75, and reads: “Joshrich, Philadelphia, Pennsylvania, Jack Margaret and I safe—No news yet of Mr. Thayer. Sam and Gamble meet me. Mrs. Thayer (over) Margaret Morris, Brown Shipley, London, Jack Margaret I safe—No News Johnny, Marian Thayer.” The second, penned on a Western Union telegram sheet affixed to Marconi paper, is addressed to “Morris—2104 Locust St. Philadelphia,” and reads: “All safe, Arthur missing, Rest safe, Ryerson, Arrive New York Thursday, Carpathia.” These documents were obtained by Titanic Historical Society members John and Vera Gillespie from John Booth, the author of the book, Titanic Signals of Disaster, published by White Star in 1993, in which these pages are documented.

Included is a limited first edition of The Sinking of the S.S. Titanic, April 14-15, 1912, by John B. Thayer. Philadelphia, 1940: No. 275 of 500 copies issued. 30 pages, 6.25 x 9. Signed on the colophon in fountain pen by Thayer, who has also signed and inscribed on the first free end page: "To Joseph Paul, with best regards from his cousin, John B. Thayer." In overall fine condition, with light overall wrinkling to the telegrams and minor scuffing to boards of the book.

Marian Longstreth Thayer (1872-1944) was an American socialite, wife of John Borland Thayer II, a Director and Second Vice President of the Pennsylvania Railroad Company, and the mother of John Borland 'Jack' Thayer III. In 1912, all three of them, along with their maid Margaret Fleming, were passengers on the RMS Titanic maiden voyage when it struck an iceberg and sank. Marian, Jack III, and Fleming all survived, but John II perished.

Jack Thayer (1894-1945), just 17 at the time, was one of only a handful of passengers to survive jumping into the frigid sea. He later wrote and privately published his recollection of the event in The Sinking of the S.S. Titanic, which is offered here.