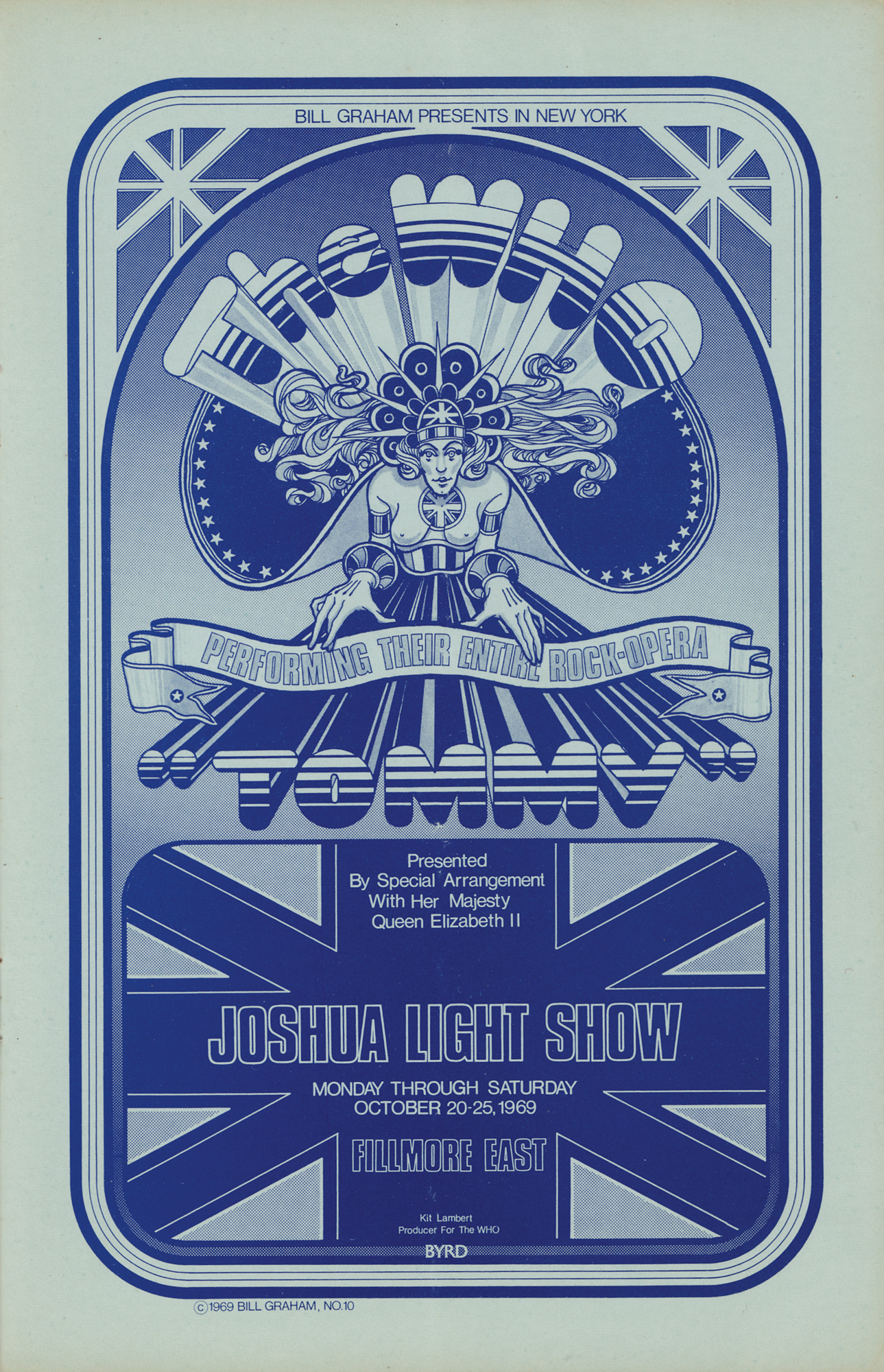 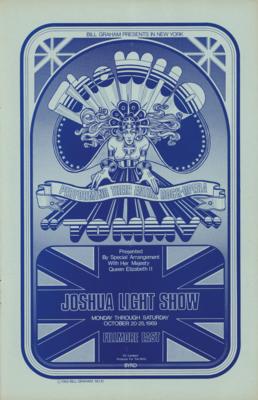 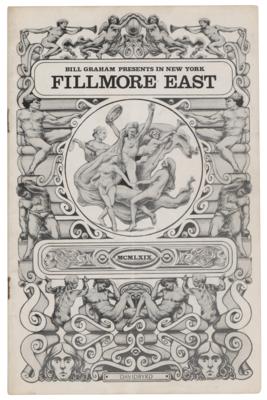 Very desirable Fillmore East program for The Who's legendary six-night concert stand in which they performed the newly released Tommy in its entirety at the aforesaid theatre on October 20-25, 1970. The program measures 5.5 x 8.5 and features a special blue 12-page insert dedicated to this remarkable run of performances, including song lyrics, a plot description of the rock opera, and various photos and period advertisements highlighted by a full-page promo for The Who's Tommy. The program also features advertisements for The Electric Circus, Crosby, Stills, & Nash, Country Joe and the Fish, and The Kinks. In very good to fine condition, with light handling wear and a central vertical fold.