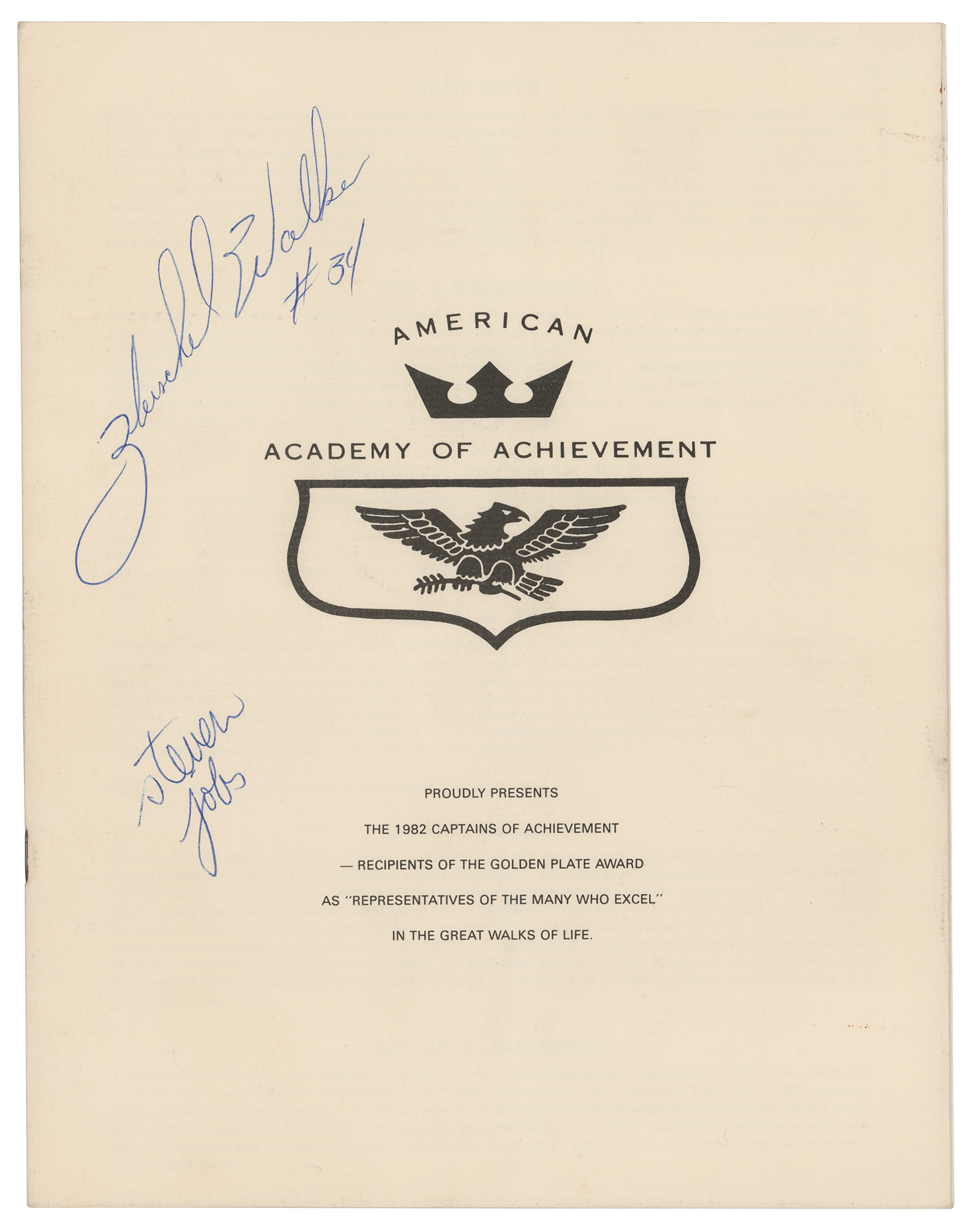 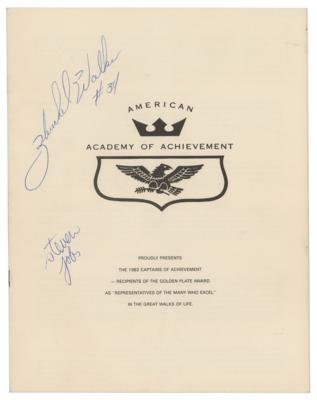 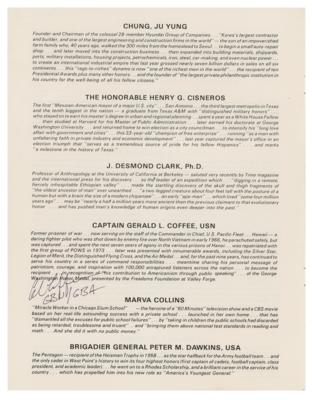 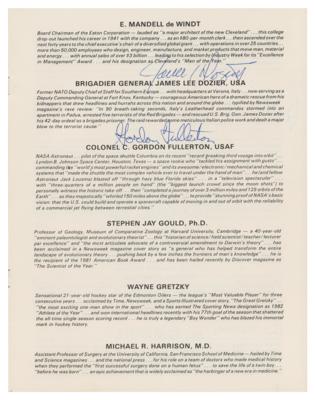 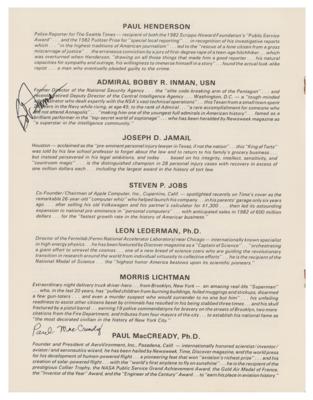 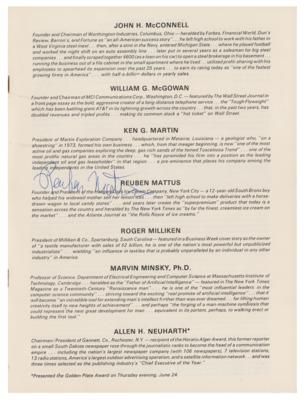 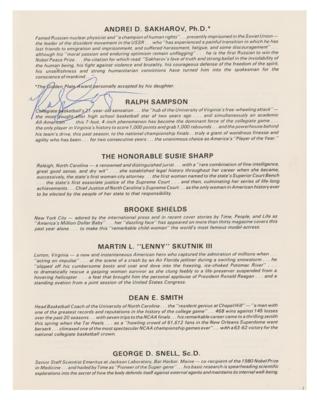 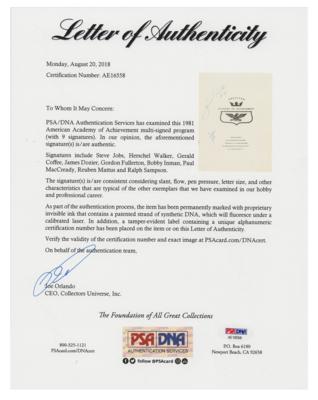 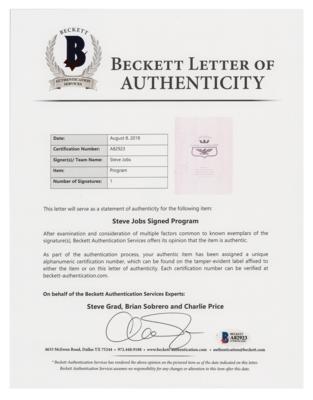 Superb program for the 1982 American Academy of Achievement 'Banquet of the Golden Plate' award ceremony, 8.5 x 11, eight pages, boldly signed on the front cover in blue ballpoint by two of the honorees, "steven jobs," and "Herschel Walker, #34." Also signed inside by Gerald Coffee, James Dozier, Gordon Fullerton, Bobby Inman, Paul MacCready, Reuben Mattus, and Ralph Sampson. Inside the program, Jobs is described as "Co-Founder/Chairman of Apple Computer, Inc., Cupertino, Calif.—spotlighted recently on Time's cover as the remarkable 26-year-old 'computer whiz' who helped launch his company…in his parents' garage only six years ago." In fine to very fine condition. Accompanied by full letters of authenticity from PSA/DNA and Beckett Authentication Services. Also includes a letter of provenance from the original recipient, who was invited to attend the banquet after winning a VFW 'Voice of Democracy' essay contest. In part: "The highlight for me was hearing Steve Jobs talk at the event. I was just starting to get into computers. And while most of the speakers were titans of industry or military leaders—all very conservative, all dressed formally, all talking about working hard and following rules—Steve Jobs was completely different. He wore a sports jacket that he just dropped on the floor as he began his presentation."