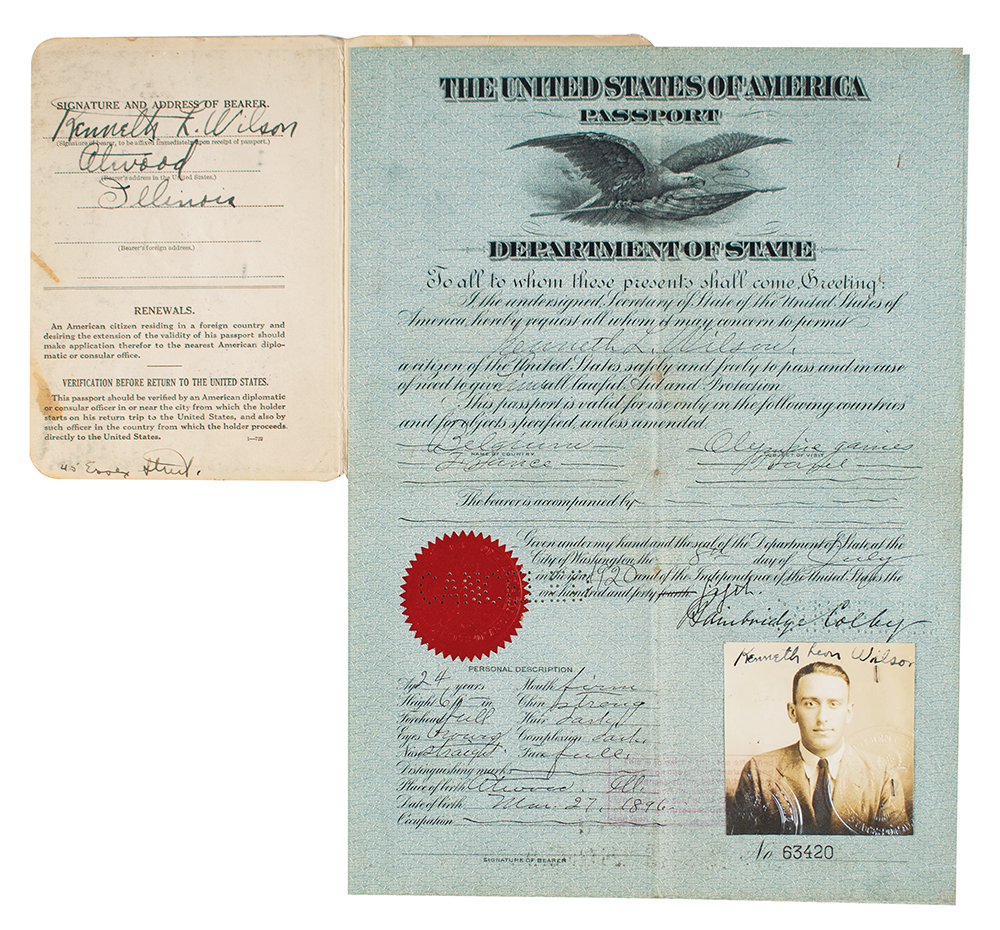 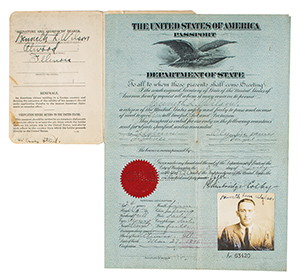 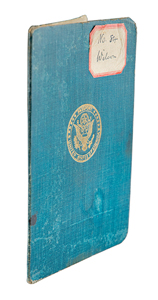 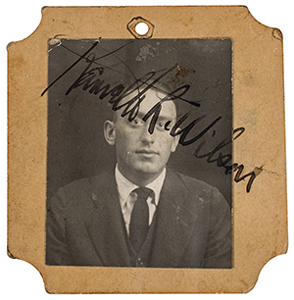 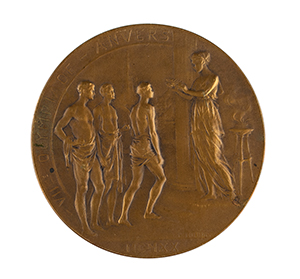 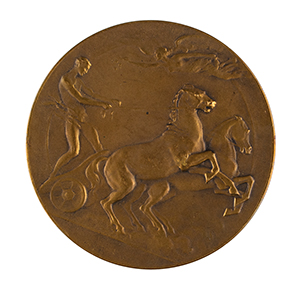 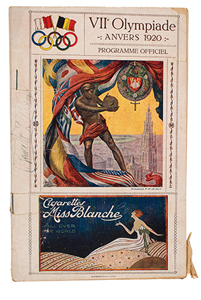 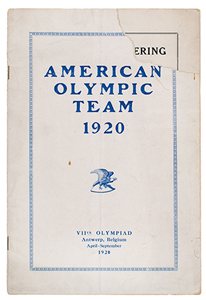 Incredible collection of Olympic keepsakes belonging to Tug Wilson, the longtime president of the National Olympic Committee, who participated in the Antwerp 1920 Olympics as a member of the U.S. Olympic Team and finished tenth in the discus throw competition. Included with this mini archive are the following:

Wilson’s original participant photo ID badge for the 1920 Summer Olympics, 3 x 3, which bears an affixed matte-finish portrait of Wilson that he has signed over in fountain pen, “Kenneth L. Wilson,” and the reverse reading: “VIIme Olympiade, Participant, Athletisme.”

Wilson’s participation medal issued for the Antwerp 1920 Summer Olympics. Bronze, 60 mm, 75 gm, by Pierre Theunis. The front depicts a dramatic image of a flying Victory crowning a charioteer on biga; the reverse features Nike standing before a burning censer and crowning a trio of victorious athletes, with Antwerp in the background and raised text, "VIIme Olympiade-Anvers, MCMXX."

An official program for athletic events held on August 21st at the Antwerp 1920 Summer Olympics, 5.5 x 8.5, which is signed vertically on the front cover in fountain pen, “Kenneth L. Wilson.”

A program for a “Farewell Gathering of the Athletic, Gymnastic, Fencing, Wrestling, Boxing, Rowing, Swimming and Cycling Teams of the United States of America,” 20 pages, 6.75 x 10, to be held at the Manhattan Opera House in New York on July 26, 1920, less than three weeks before their departure for the Antwerp 1920 Summer Olympics aboard the U.S. Army Transport Princess Matoika. In overall very good to fine condition, with some stains to passport, a vertical fold and missing right corner to front cover of 'Farewell' program, and small tears and scattered wear to Antwerp program.