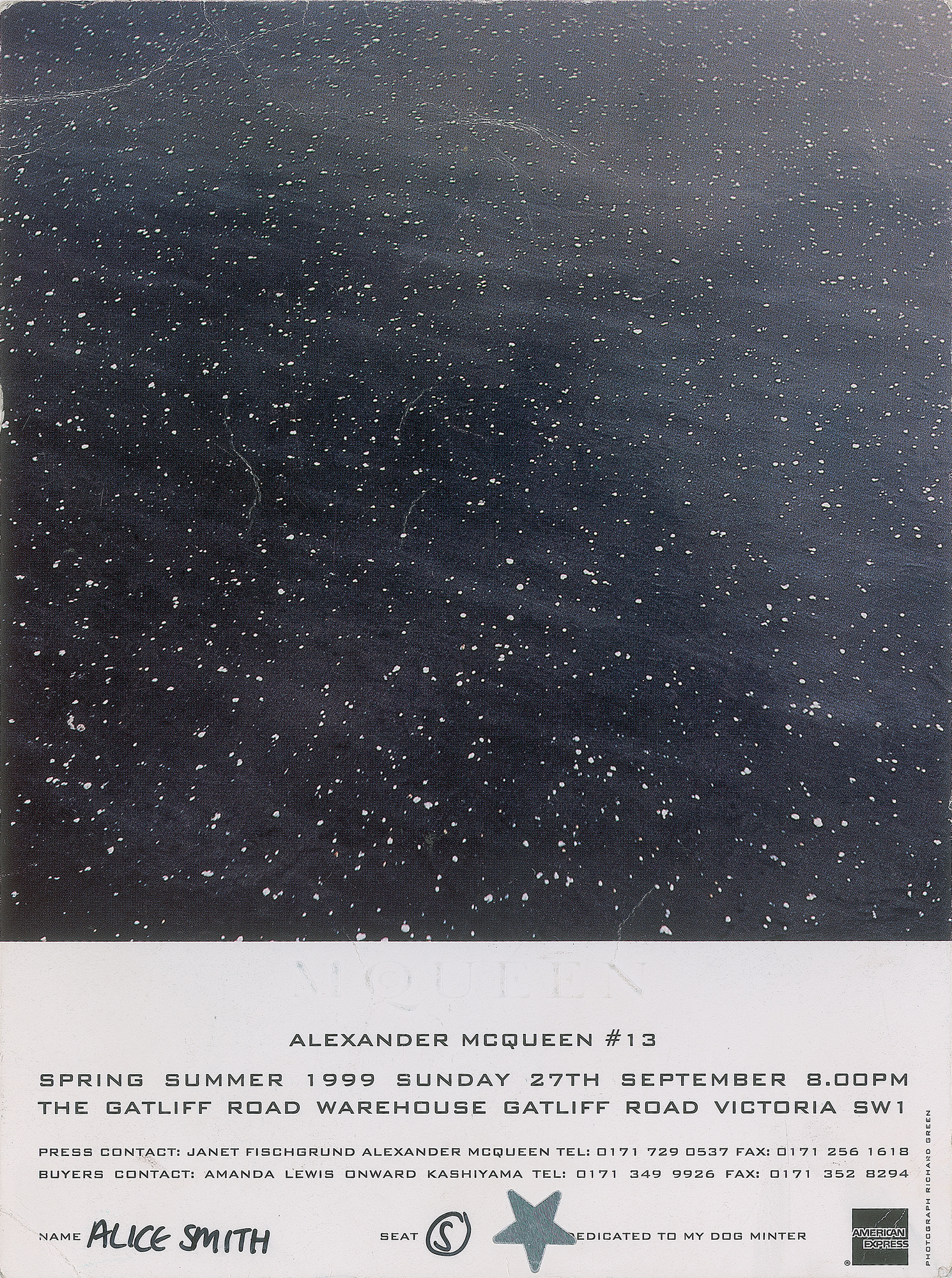 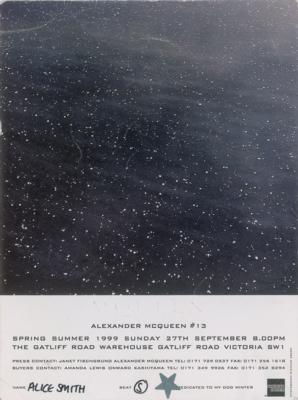 Invitation for Alexander McQueen's unforgettable fashion show, ‘No. 13,’ presented at London's Gatliff Road Warehouse on September 27, 1999, as part of the designer’s Spring/Summer 1999 collection. The invitation, 6″ x 8″, features an image by photographer Richard Green of a darkened, cloudy backdrop with what resembles falling snow, with the lower border faintly embossed “McQueen” with additional event, venue, contact, and buyer information; a line along the bottom dedicates the show to McQueen’s dog, Minter. The invitation is issued to “Alice Smith” for seat “S,” and bears an affixed silver star. In very good to fine condition, with some scattered creases.

As a rally against superstition, McQueen called his thirteenth collection simply ‘No. 13.’ Inspired by the Arts and Crafts Movement, ‘13’ focused on the contrasting opposites of man and machine, craft and technology, with designs constructed from wood, leather, lace, and raffia. The event’s finale proved to be one of McQueen’s most profound and memorable: former ballerina Shalom Harlow took position on a turntable halfway down the runway. As she began to rotate like a music-box doll, two industrial paint sprayers on either side began spraying her white dress with black and acid green paint. The re-enactment of an installation by the artist Rebecca Horn, first gentle and then violent, is said to be the only runway presentation that made McQueen cry.


Provenance: from the Alexander McQueen Collection of Alice Smith, his first publicist, longtime friend, and muse.