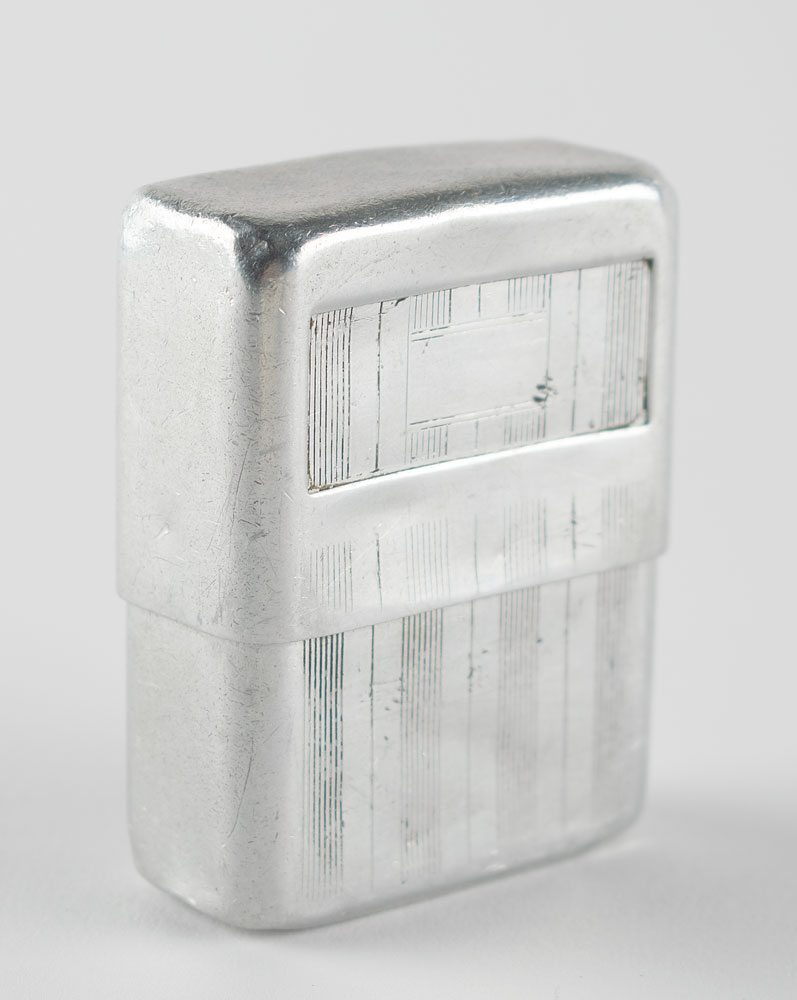 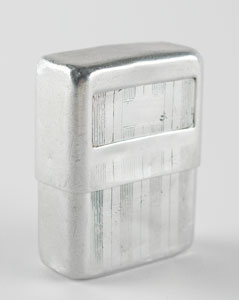 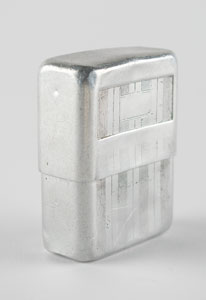 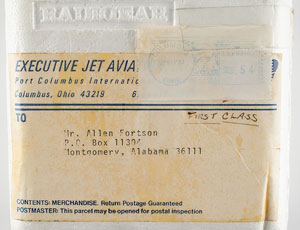 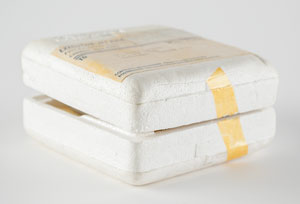 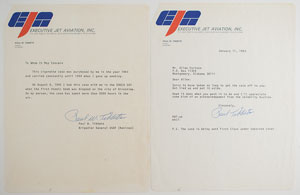 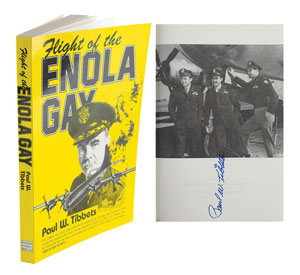 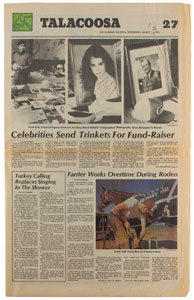 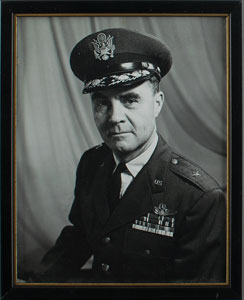 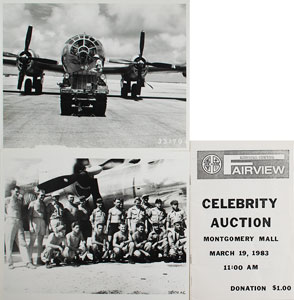 Colonel Paul Tibbets’s personally-owned and -used vintage Park Sherman Co. cigarette case, which was carried aboard the Boeing B-29 Superfortress bomber Enola Gay when it dropped the ‘Little Boy’ atomic bomb on the Japanese city of Hiroshima on August 6, 1945. The two-piece aluminum case, 2.25 x 3 x 1, features etched decorative lines and boxes to front and back, with the underside of the case stamped: “Park Sherman Co., Springfield, Ill.” Included with the case is a signed letter of provenance from Tibbets, typed on Executive Jet Aviation letterhead, [January 1983), which states: “This cigarette case was purchased by me in the year 1943 and carried constantly until 1959 when I gave up smoking. On August 6, 1945 I had this case with me in the Enola Gay when the first Atomic Bomb was dropped on the city of Hiroshima. On my person, the case has spent more than 5000 hours in the air.” The case contains an unopened pack of Lucky Strike cigarettes. In fine condition, with expected wear from years of use.

Also included with the cigarette case is a provenance package related to its original sale at a celebrity auction organized by the Fairview Medical Center in Montgomery, Alabama, on March 19, 1983, which includes: the original auction program, a March 1983 section of The Alabama Journal referencing the auction, and a signed transmittal letter from Tibbets, Executive Jet Aviation letterhead, dated January 11, 1983, in full: “Sorry to have taken so long to get the case off to you. Got tied up and put it aside. Hope it does what you want it to do and I’ll appreciate some kind of acknowledgment from the Celebrity Auction.”

Accompanied by a softcover first edition of Flight of the Enola Gay, published by the Buckeye Aviation Book Company in 1989, signed vertically on an opening page in blue felt tip, “Paul W. Tibbets”; a framed satin-finish 8 x 10 photo of Tibbets in uniform; two modern glossy 10 x 8 photos of the Enola Gay and her crew; and the case’s original insulated foam shipping box, with Executive Jet Aviation label.