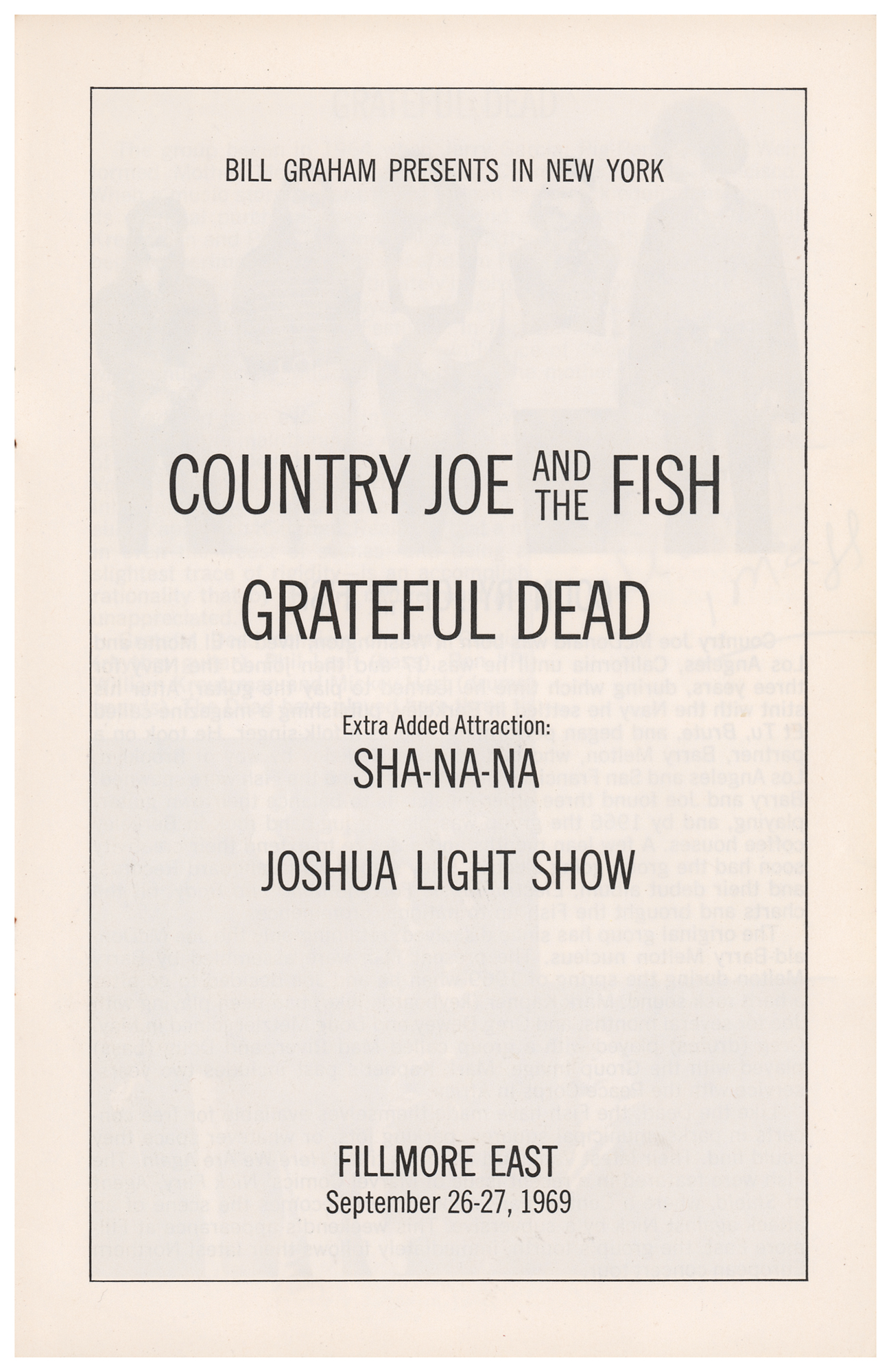 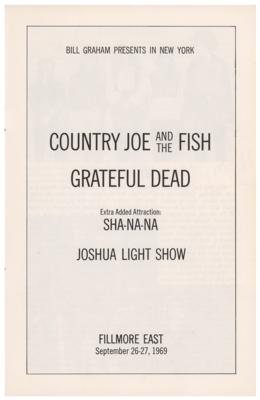 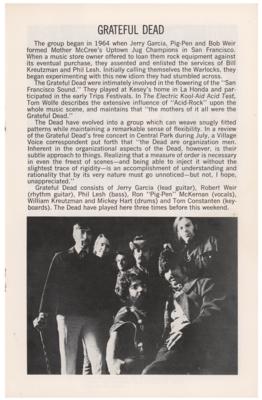 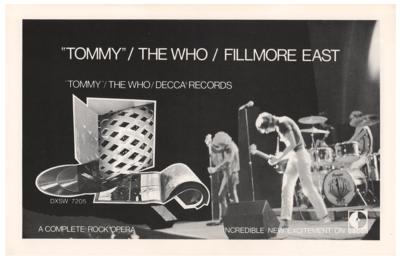 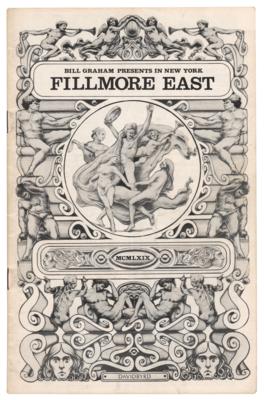 Fillmore East concert program, 5.5 x 8.5, 24 pages, for the Grateful Dead, Country Joe and the Fish, and Sha-Na-Na shows on September 26-27, 1969. This is an unusual billing, with the Grateful Dead as an opening act for Country Joe. The program features images and short biographies of the bands and is like a time capsule of the 1960s, filled with numerous period advertisements. In fine condition.