The Planet Mars—complete slice of the unique NWA 10416 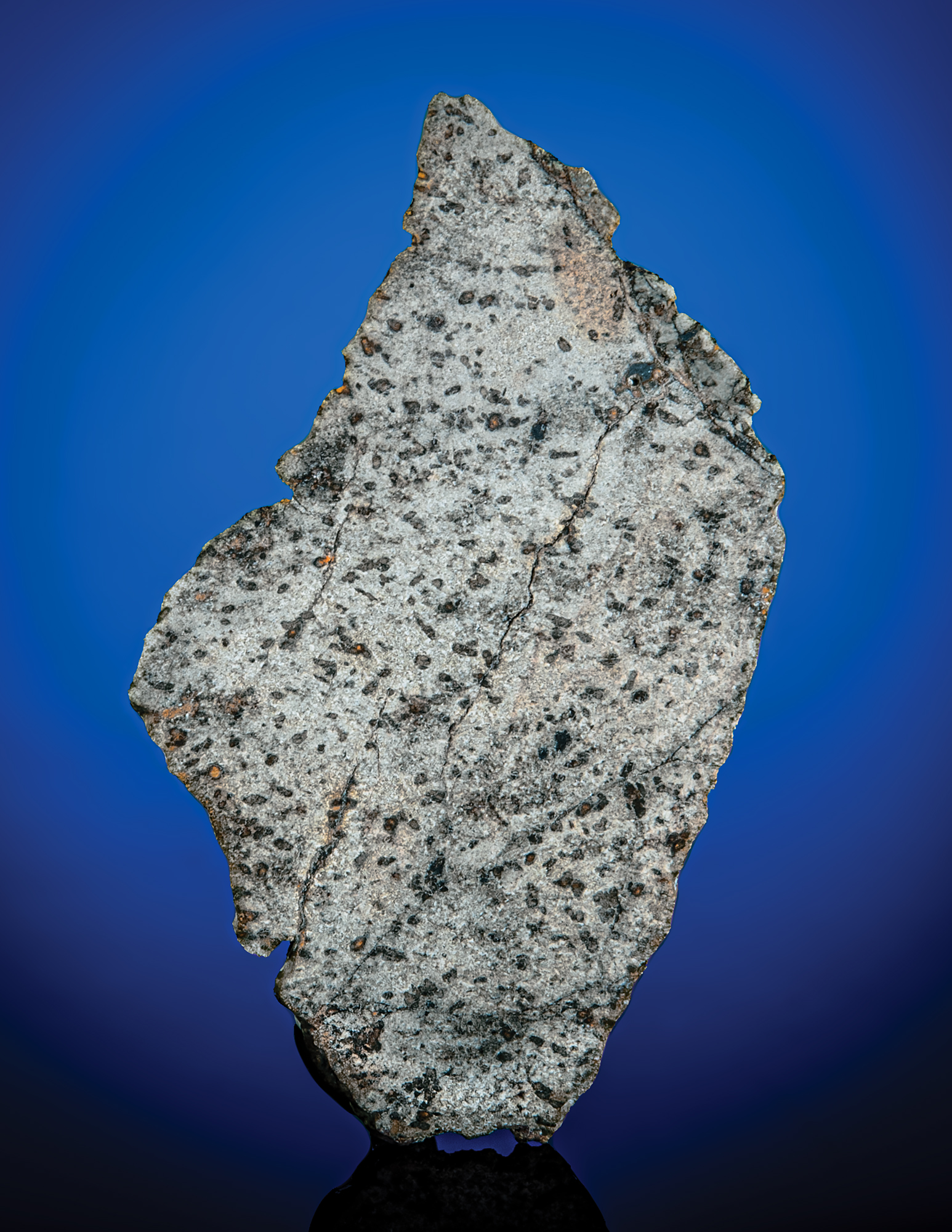 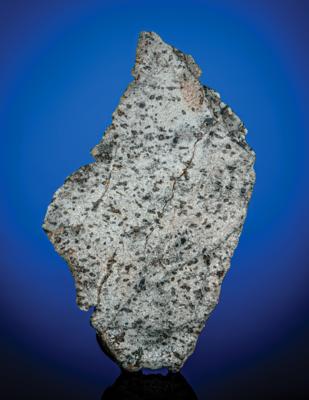 The Planet Mars—complete slice of the unique NWA 10416

Infinitely more rare than diamonds or gold, meteorites from Mars are among the most exotic substances on Earth — less than 600 pounds have been documented — and now offered is a highly unique sample.

This specimen was cut from a larger mass that arrived here as a result of an asteroid impact on the Martian surface which ejected material into into an Earth-crossing orbit in interplanetary space. The determination of Martian origin is the result of research conducted by hundreds of scientists throughout the world. In addition to specific chemical and isotopic markers, most Martian meteorites possess a young crystalline age and exhibit a planetary-sized gravitational field on their crystalline structure. Still, the link to Mars was speculative until an analysis of the glassy bubbles seen in two suspected Martian meteorites. Within these bubbles were minute volumes of gas — which was identical to the composition of the atmosphere of Mars as learned from NASA’s Viking missions.

The author of the scientific abstract on NWA 10416 is Dr. Carl Agee, among the world’s foremost classifiers of Martian meteorites, who was also the author on the renowned and exotic Martian meteorite “Black Beauty.” The vast majority of NWA 10416 is being distributed to the world’s great museums and research centers. The official classification of this meteorite appears in the 106th edition of the Meteorite Bulletin which accompanies this offering.

On the cut surface of this complete slice, phenocrysts are suspended in a groundmass of white plagioclase and gray-green pyroxene. This sample of the planet Mars is unlike any other rock from Mars — it is so rare it doesn’t even fit into one of the three classes of Martian meteorites in scientific literature — and there are only two pounds in total that exist. An extremely noteworthy offering, this is a rare and sought-after sample of Mars.