The brilliant gold winner's medal from the Tokyo 2020 Summer Olympiad, awarded to one of Cuban's greatest boxers 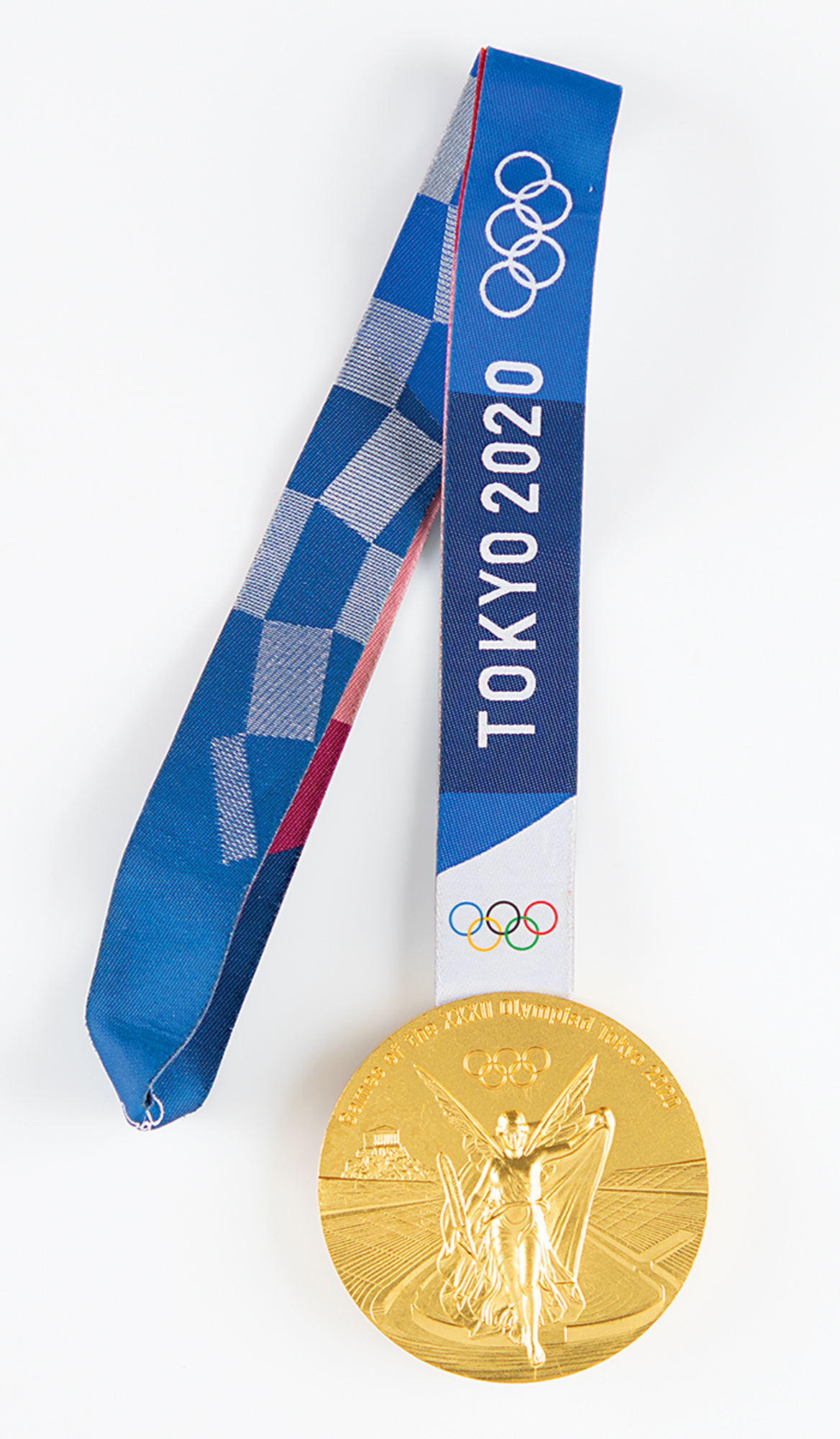 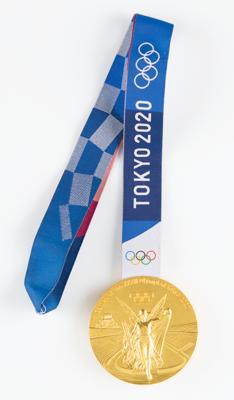 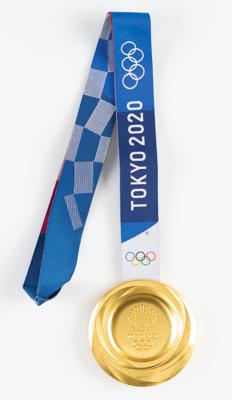 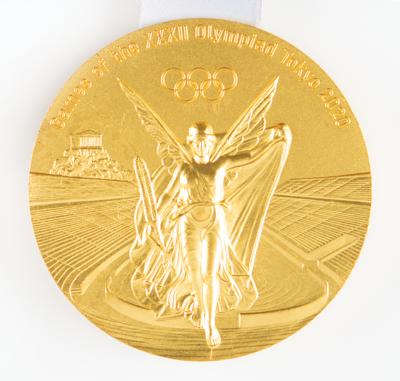 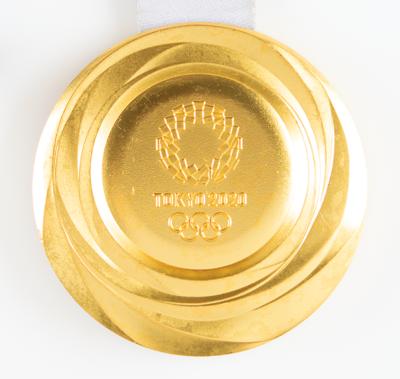 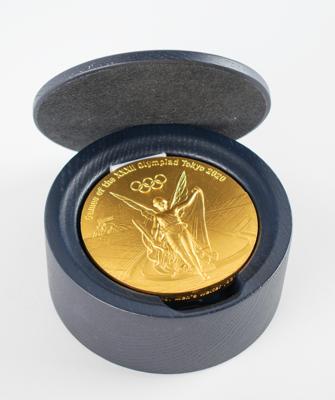 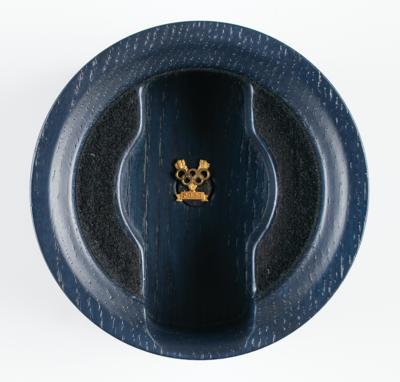 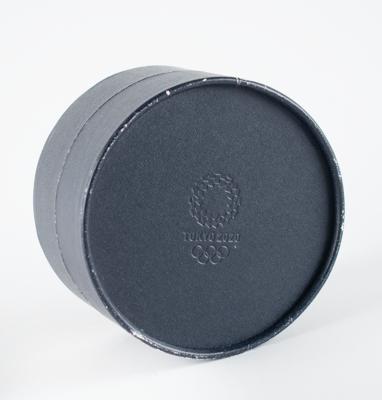 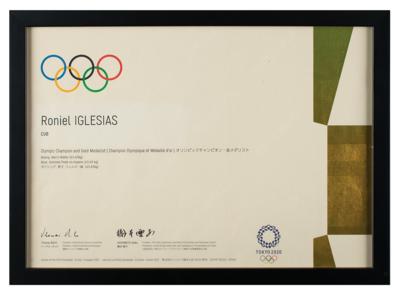 The brilliant gold winner's medal from the Tokyo 2020 Summer Olympiad, awarded to one of Cuban's greatest boxers

Rare gold winner’s medal awarded to Cuban boxer Roniel Iglesias for the Tokyo 2020 Summer Olympics. Gilt silver, 86 mm, 556 gm, by Junichi Kawanishi. The front of the medal features text across the top, “Games of the XXXII Olympiad London 2020,” above the Olympic rings and a winged Nike flying over Panathinaikon Stadium with the Acropolis in the background; the reverse features the emblem of the Tokyo Games set against a ‘polished stone’ background with surrounding curved lines that represent different patterns of light and the energy of the athletes and their supporters; the bottom edge of the medal is engraved with the event: “Boxing, Men’s Welter (63-69kg). Retains its original multicolored ribbon, which bears traditional Japanese design motifs found in ichimatsu moyo (harmonized chequered patterns) and kasane no irome (traditional kimono layering techniques) in a modern format. Complete with its original wooden presentation case and matching box, its gold winner’s medal pin, and its framed gold winner’s medal diploma, the latter measuring to an overall size of 17.75 x 13. The medal bears trivial scuffs and marks, as does the medal box. A robust and resplendent winner’s medal from the most recent Summer Olympiad—only the second Tokyo 2020 gold medal ever offered at auction.

With this medal, Roniel Iglesias cemented himself as one of the best boxers in Cuban history. After winning the junior world title at lightweight in 2006, Iglesias earned his first taste of the Olympic podium when he was awarded a bronze medal at light welterweight at the 2008 Summer Olympics in Beijing. Four years later, he took revenge on the field, surging past expectations and winning gold in the same weight class at the London 2012 Summer Games. He moved up to welterweight for his next Olympic venture, Rio 2016, but, perhaps unaccustomed to his new divisional competition, was ousted in the quarterfinals. Undeterred, Iglesias competed at the Tokyo 2020 Olympics, once again at welterweight, and claimed his second gold medal when he out-pointed British boxer Pat McCormack by a score of 5-0.