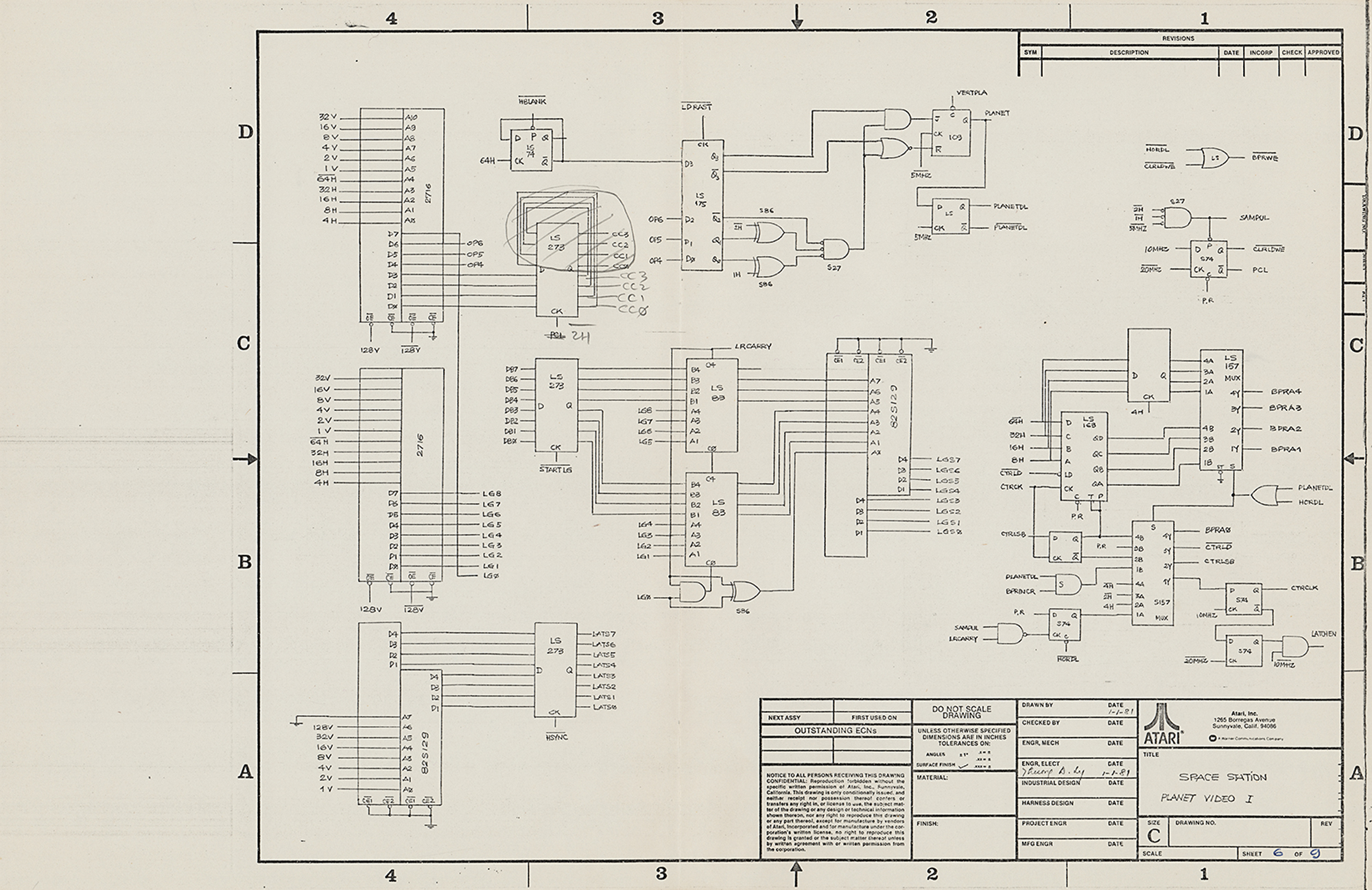 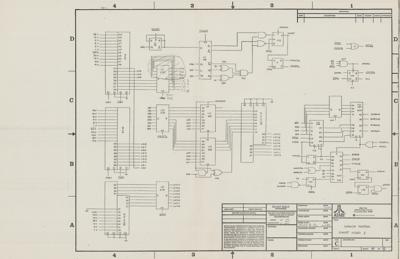 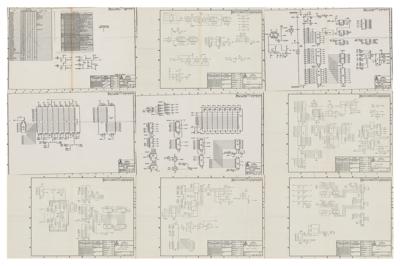 A ‘missing link’ development between Missile Command and I, Robot, Space Station was a unique hardware design that displayed a correctly rendered 3-D rotating planet in the lab using only a small amount of transistor-transistor logic (TTL). The hardware served as a ‘proof-of-concept’ design stepping stone in getting Atari management excited about funding the I, Robot project. This complete set is very likely the only existing copy of the prototype schematic with the planet hardware merged with a Missile Command version.

According to Sherman: ‘It’s safe to say, that this was the only video game design with longitude and latitude as fundamental hardware parameters for indexing into the object database. The planet database was ‘run-length’ encoded in the reference frame of the planet surface, using the longitude as the starting point for the color length and the latitude as the index to the actual color, instead of using a flat plane as an offset in the video screen coordinates. The current longitude of the left-hand limb of the planet was used to start the planet video generation, and the subsequent longitude starting point for a length was mapped into the screen space, also as (warped) run-lengths. In this way, the ‘run’ of color on the screen changed as the planet rotated into view. This direction of mapping minimized aliasing effects and the amount of processing required per display pixel.

This hardware design was used in the released video game ‘Liberator’ by Atari. I handed this off to another engineer to take to production because I was working on early I, Robot designs and supporting Tube Chase (Tunnel Hunt). I also objected to the gameplay, which involved firing on bases and cities on the planet, instead of defending them as in Missile Command and so I washed my hands.’