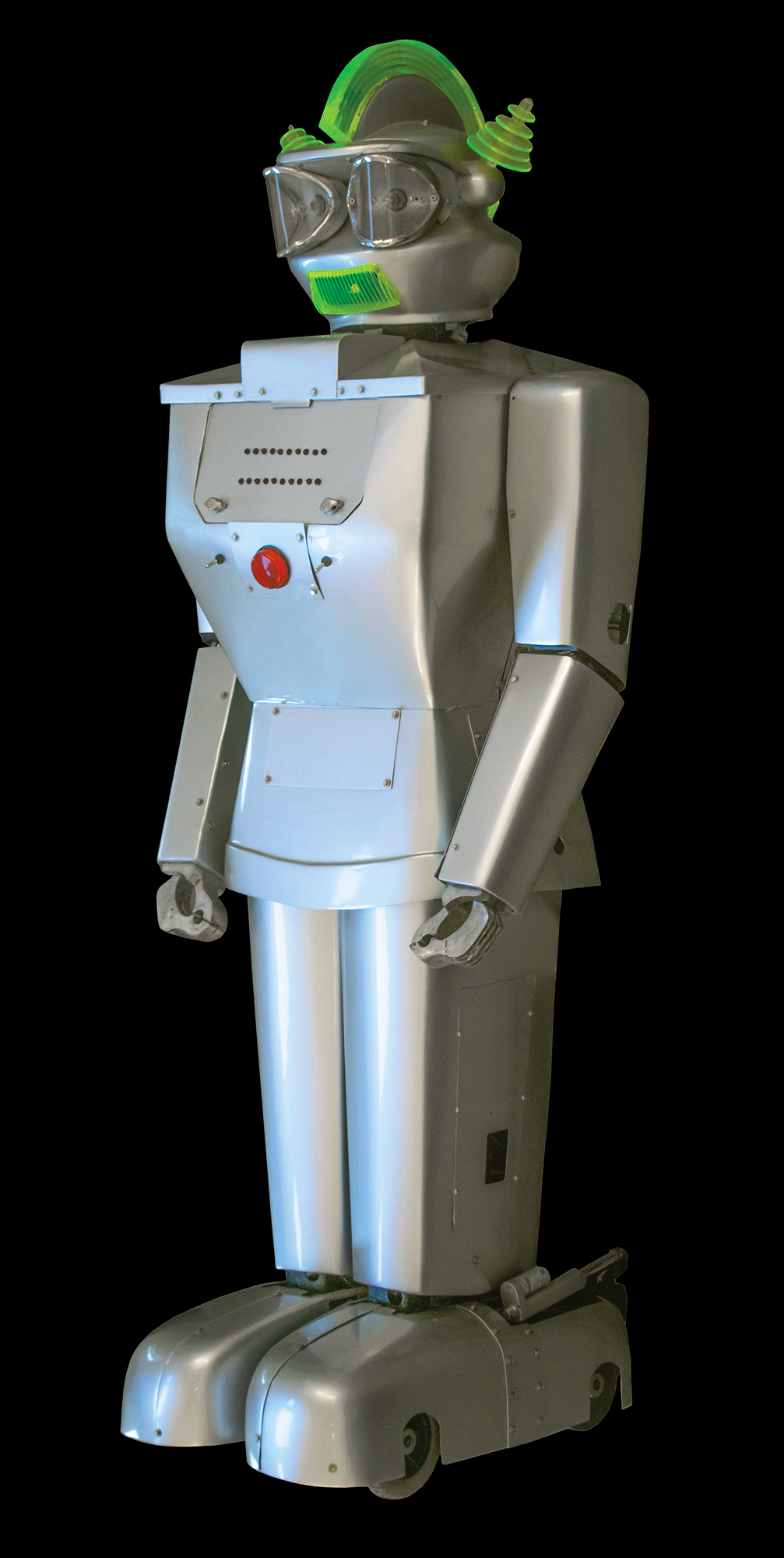 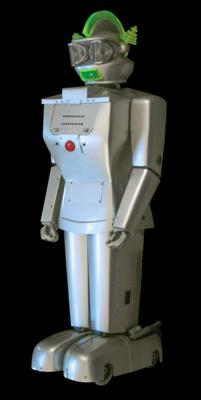 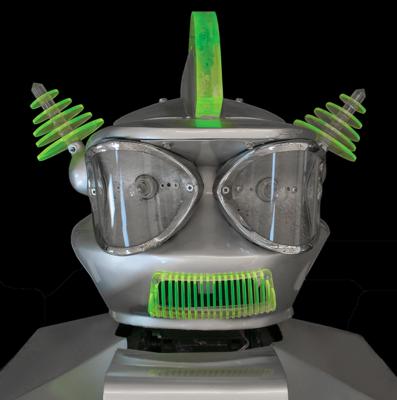 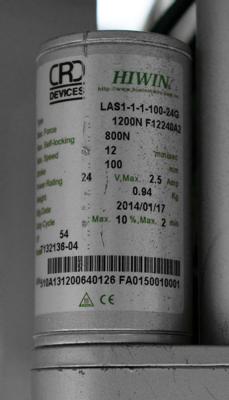 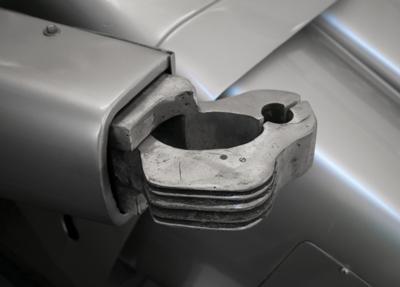 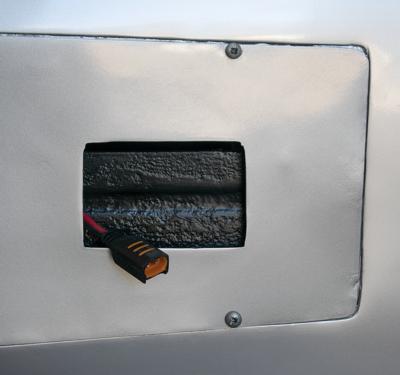 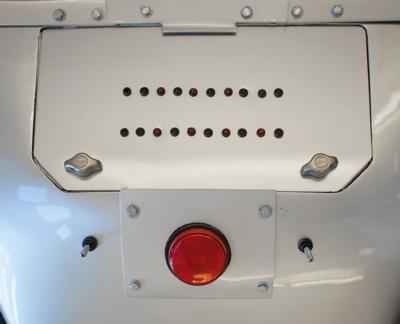 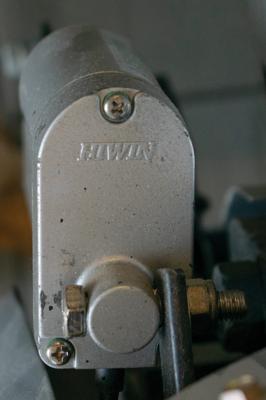 Huge vintage circa 1957 humanoid aluminum robot named 'Gygan,' also known as 'Cygan' or 'Mr. Moto,' designed and built by Dr. Peter Fiorito of Turin, standing at over eight feet tall and weighing in excess of 1,000 lbs. The robot was reportedly able to walk forward and backward, turn right and left, and lift its arms—there are old newspaper images of Gygan holding a girl in either arm. It could also respond to spoken commands, light rays, and radio control signals. Gygan is a monstrously impressive sci-fi display piece, evoking the futuristic aesthetic of the 1950s.

Gygan became something of a sensation in Europe, debuting at the 35th Milan Sample Fair in 1957 before opening the British Food Fair in 1958. The robot was reported on in the English magazine Radio Control Models & Electronics in September 1960, "Cygan—Dr. Fiorito's Giant Electronic Robot," complete with images of its electronic innards. It was also depicted in the UK's Top Spot magazine, and in other French and English publications.

The robot was sold to a Ford dealership in Leeds in the 1970s, where he was dubbed 'Mr. Moto' and used for advertising and promotional purposes. It then became part of a private collection until its sale by Christie's in September 2013, at which time it was described as non-functioning. The robot was evidently restored to functional condition in 2014-2015, and now includes a briefcase with built-in control panel, operating instructions printed in 2015, and a condition report prepared by the Science Museum Group, noting: "The electric circuits seem to be in working order, the lights in the eyes and head lit up when you turn on a switch at the front panel of the robot." RR Auction has not tested the working function of the robot.